William Thorsell: 'The editorial I'd write ... if I were still writing them'

In a dispatch to followers, an ex-Globe editor dipped into his former trade. The column has people talking, which is why we reprint it here 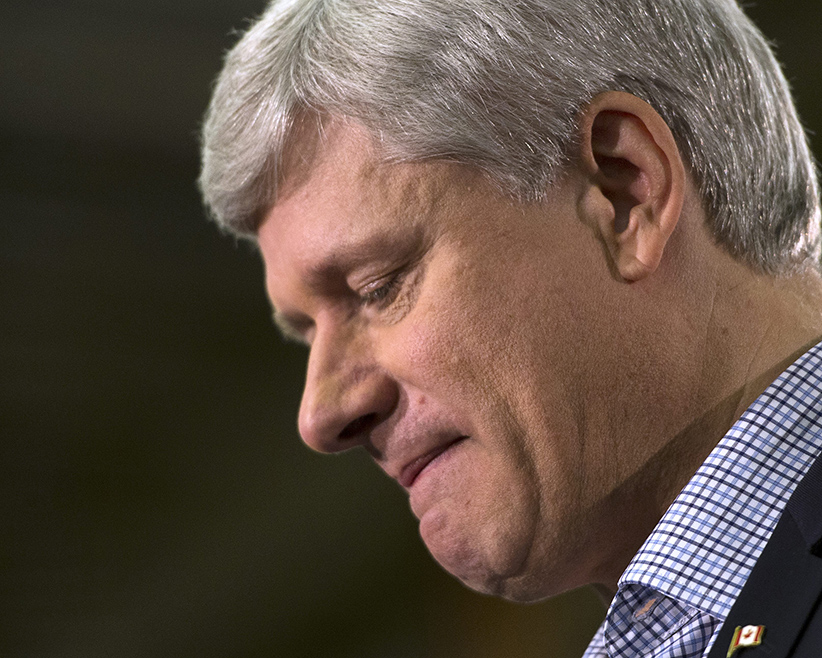 William Thorsell was editor-in-chief of the Globe and Mail from 1989 to 2000 before becoming CEO of the Royal Ontario Museum until 2010. From time to time Thorsell dispatches notes and essays on his preoccupations of the moment. He distributed the following a few days ago, calling it “the editorial I’d write, if I were still writing them.”

So we’re clear, Thorsell’s former paper does not share his opinion. The title of its editorial today: “The Tories deserve another mandate, Stephen Harper doesn’t.” (Read it here. Find responses to this endorsement-ish filed on Twitter under #OtherGlobeEndorsements.)  The Ottawa Citizen and fellow Postmedia papers have also endorsed the Conservatives. For a sample of their thinking, here’s the Citizen with “The case for returning the Conservatives to power.”

Here’s our editorial on the 2015 election, for the record. Shorter version? We think it’s time for you to choose.

Not in recent times have Canadian voters had an opportunity to “throw the bastards out” in the classic phrase. Elected officials generally leave office before such public urges get to them.

Brian Mulroney stepped down five months before an election was required in 1993. (Kim Campbell launched that campaign in September running high in the polls.) Voters rather gently rebuked Pierre Trudeau with his close defeat in 1979, but his resurrection in 1980 set the stage anew. Mr. Trudeau stepped down in 1984, nine months before an election was required. (John Turner called an election that July, also running well in the polls.)

This time however, Stephen Harper is sticking his head up above the parapets after nine years in office — nine years generally seen as the Best Before Due Date in politics, as it is for leadership in the private sector. Knowing when to leave is among the more elegant qualities of any CEO, but then Mr. Harper has never laid claim to elegance.

An accumulation of baggage eventually weighs the owner down to the point of stumbling and falling. Mr. Harper is quite overweight in that department. In recessionary times, he is running a primary budget surplus (revenues over program spending) of some 1.4 per cent of GDP — an elementary error in Economics 101, less a matter of ideology than incompetence. Governments should not pull money out of an economy facing strong economic headwinds: We might refer to Stephen “Hoover” in this context, after the hapless U.S. president in the 1930s.

You do not cut the national sales tax in favour of targeted tax goodies in your party’s political interest. Nor do you do so to reduce Ottawa’s capacity to fund grievously inadequate infrastructure, undermining productivity and aggravating social divides. You do not claim success in energy policy having seen no new significant pipelines approved or built on your watch, either domestically or in our interest in the United States. Nor do you sit out the global conversation on climate change in words and action.

You do not exacerbate income inequality by providing significant new tax breaks for the wealthy in tax-free savings and investment accounts.

You do not fan cultural conflict in Canada in the face of unprecedented cultural diversity and high rates of immigration. Canada’s generally successful experience in accommodating diversity needs nurturing attention, not a matador’s incendiary skills.

You do not acquiesce to deteriorating relations with Canada’s First Peoples. You do not evince contempt for science or, for that matter, the Canadian Charter of Rights and Freedoms and the courts mandated to interpret and uphold it. You do not tendentiously attack the Chief Justice of the Supreme Court of Canada as cover for your own incompetence in making laws and appointments.

You do not turn your backside to the federal nature of Canada, refusing to meet the premiers and other leaders in congress to explore and debate issues of common national concern.

On your watch, Canada’s relations with the United States appear as cool as they became in Pierre Trudeau’s latter years — a fundamental failure in a critical arena. And you have reduced Canada’s stature in the world at large through excessively partisan positions on matters of great complexity in the Middle East and Eastern Europe, for example.

Barely concealed hostility to China and the United Nations, ineffective diplomacy regarding the Arctic and a general downgrading of Canada’s foreign service personnel and facilities add yet more weight to the baggage. Only apparent enthusiasm in military matters indicates much appetite for engagement in foreign affairs.

New trade agreements may hold promise, though there has been no public consultation and we have seen no details on the large ones.

Prime ministers do not have to be eminently likeable if they are sufficiently competent and inspiring. But to demonstrate qualities of meanness with a scent of pouting in the air makes the wheels on the luggage squeak. Who but the deeply petulant would forbid his entire parliamentary caucus from speaking to the former Progressive Conservative prime minister of Canada on ethereal grounds?

Indeed, who is allowed to speak to Canadian voters themselves in Stephen Harper’s caucus — you know, the voters who hired them? Empty chairs at public forums, gag orders on ministers of the crown, refusals to respond to media enquiries evince deep contempt for the democratic process at its most intensive phase.

All this is consistent with unprecedented contempt for Parliament in the use of closure and reliance on Brodingnagian omnibus bills — not to mention a promise to un-man the Senate, which remains an essential player under the Canadian constitution.

Yes, an unusual opportunity to “throw the bastards out” lies just a few days away, and there are reasons and a chance it may well happen.