With the budget tabled, Morneau prepares to refocus on CPP expansion 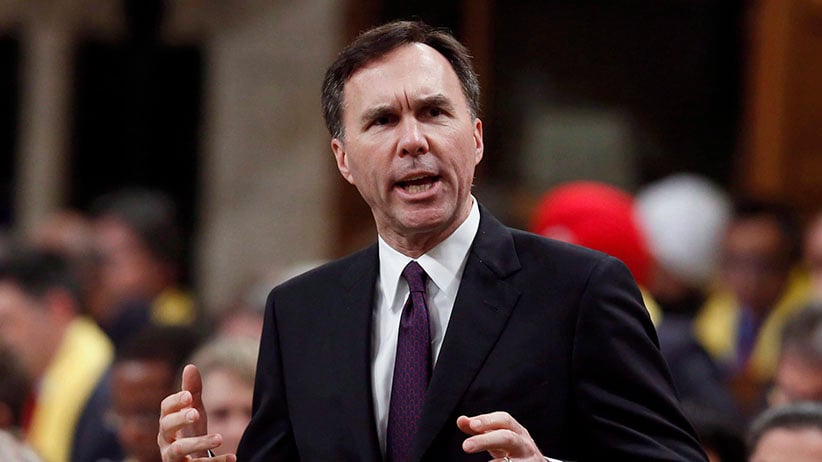 OTTAWA — With his first budget behind him, rookie Finance Minister Bill Morneau seems comfortable in his new surroundings — he’s even quick to highlight the symbolism of the boardroom artwork at his department’s headquarters.

Morneau points to a series of framed pictures featuring etchings of $1 coins. The artist, he explains, flipped each of the loonies repeatedly to identify which might be considered the luckiest of the bunch.

That coin, now encased, also hangs from the wall.

“So, that’s the lucky loonie,” Morneau told The Canadian Press before a recent roundtable interview. “We thought that was an appropriate piece of art for the Finance Department.”

Just days after tabling his maiden budget, good fortune seemed to be on the former Toronto businessman’s mind as he explained what his private-sector expertise brings to one of his next big tasks: enhancing the Canada Pension Plan.

One’s ability to retire in dignity is often driven “partially by luck,” said Morneau, who has advised Ontario Premier Kathleen Wynne on pensions.

There’s a role for government when someone in a private, defined-contribution plan — and who hasn’t saved enough — happens to retire at a time when the stock market’s down, he continued.

The Liberals repeated their support for strengthening the CPP in last week’s budget, which noted the dangers of things like failing private-sector pension plans and the risk that healthier Canadians could outlive their savings.

Until last fall, Morneau was executive chairman of the human resources firm Morneau Shepell, a company that describes itself as Canada’s largest provider of pension-administration technology and services.

He said he understands the financial challenges seniors face and that any CPP enhancement should be fully funded by those who will actually use it to avoid an “intergenerational wealth transfer.”

Morneau said he hopes to eventually get some consensus on enhancing the CPP, a goal outlined in the Liberal government’s election platform. Doing so would require the support of seven of the 10 provinces representing two-thirds of the country’s population.

The provinces and territories are scheduled to reconvene in June to continue talks that began in December on the polarizing subject of CPP reform. The aim is to reach a collective decision by the end of the year.

But it’s still unclear how much support the Liberals will garner, even though the provinces agreed in December to continue discussing the subject.

Wynne, for one, supports CPP expansion and plans to proceed with mandatory payroll deductions starting Jan. 1, 2017, for the new Ontario Retirement Pension Plan. That plan essentially mirrors the CPP for anyone who doesn’t already have a workplace pension.

Other big provinces like Quebec and British Columbia remain unconvinced. Quebec already has a public pension plan and B.C. has expressed concerns about the country’s fragile economy.

Saskatchewan has opposed CPP enhancement over worries about the negative consequences of the oil-price slide on the provincial economy.

But Morneau said he remains “cautiously optimistic” about the next round of CPP talks _ an issue he’s unwilling to leave up to a simple toss of a coin.

“It’s something to build on.”