Working from home thanks to COVID-19? The CRA has a new deduction for you.

Politics Insider for Dec. 16: The feds secure more vaccine as Ontario hospitals brace for the worst, Erin O'Toole fights the culture wars and what is Canada planning to do in outer space? 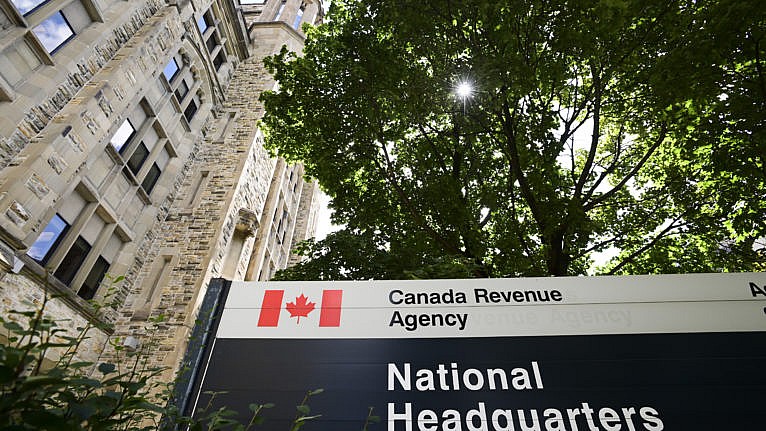 It can be hard to reconcile the hope offered by mass vaccinations to come with the harsh reality many parts of Canada are struggling with today. On the one hand, Ottawa has secured thousands more doses of vaccine. On the other hand, some quick math raises questions about just how many doses the feds have claimed will reach Canada before the end of 2020. And yesterday, CBC News reported on a memo to hospital CEOs across Ontario. The message: brace for the worst, which could mean reserving a significant number of beds for COVID-19 patients on the eve of a second-wave holiday season.

Have you spent most of the pandemic working from home, frustrated at all the costly expenses you wouldn’t normally cover yourself? The taxman hears you, and next year you’ll be able to deduct a sizeable chunk of change on your tax return. One option: The Canada Revenue Agency opened up a “temporary flat rate” of deductions—$2 for each day the pandemic forced you to work from home in 2020—up to a maximum of $400. If you have more complex expenses to claim, the flat rate might not be for you. The CRA has published a handy how-to guide that’ll help you gauge your eligibility.

In the aftermath of the Flight 752 tragedy last January, Justin Trudeau asked former public safety minister Ralph Goodale to make sense of the disaster. Yesterday, Goodale published a lengthy report with recommendations. He laments that Canada lost dozens of its citizens to a missile strike, yet was relegated to observer status in the Iranian civil aviation authority’s investigation. He says Canada should push for changes to investigation protocols, especially for shoot-down events—”a long and complicated process,” admits Goodale, “that some countries will undoubtedly resist.”

Another day in the culture wars: Last month, Tory leader Erin O’Toole told a group of campus Conservatives at Ryerson University how he “silences Liberals like you wouldn’t believe” during residential school debates (spoiler: he mentions Pierre Trudeau). O’Toole also crassly refers to “lefty radicals” as the “dumbest people at your university,” and then claims the original intent of residential schools was to “try and provide education.” Of course, the full story is much more racist, which O’Toole acknowledged.*

Canada counts its dead much too slowly: Former health minister Jane Philpott, an advisor tasked with helping the Ontario government develop improved health data, writes that Canada is “painfully slow in compiling accurate mortality data.” It’ll remain a mystery for months just how many people died of suicide, overdoses and preventable deaths attributed to the far-reaching effects of the global pandemic.

I first encountered this problem as federal minister of health when we tried to get timely data on opioid-related deaths. Years later, the Public Health Agency of Canada still lacks a clear legal mandate at the federal level to require or compel provinces and territories to share health surveillance data with each other and the federal government. This should change, via stronger federal public health legislation, particularly in the context of a pandemic.

Earlier this week, you learned in this newsletter just how slowly much of the federal government, waylaid by the pandemic, is processing access-to-information requests. Yesterday, one of those overtaxed departments—Innovation, Science and Economic Development—posted a “Help Wanted” ad on the federal procurement portal. ISED wants a consultant to “facilitate the reviewing and processing of one significantly large file of up to 500,000 pages.” They’ll have to review a minimum of 6,000 pages every three months. The contract runs until March 2022, which feels a bit overoptimistic.

ISED minister Navdeep Bains will make a “major announcement” this morning on “Canada’s future in space exploration.” Earlier this week, the feds did post the $26.2-million contract for Canadarm3, but this doesn’t sound like a run-of-the-mill robotic arm presser. Global News says the event’s focus will be the world’s next lunar mission. The president of the Canadian Space Agency, Lisa Campbell, will join the Zoom call. And all four active Canadian astronauts, the kinds of people who end up going to space, will also be there. Tune in on YouTube at 10 a.m.

CORRECTION, Dec. 16, 2020: An earlier version of this newsletter unfairly characterized the headline of a PressProgress story as “torquing” O’Toole’s comments.