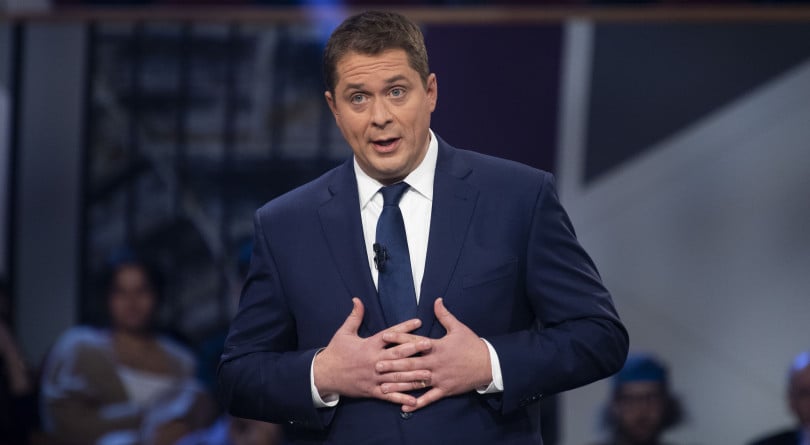 Très bien: Last night the leaders met for their final debate before election day, this one in French, and as Paul Wells sees it, it was one of highlights of a campaign that hasn’t seen very many. The debate was both civil and substantive, he writes, and that was on full display when the topic turn to the SNC-Lavalin affair:

But this debate also saw the campaign’s best exchange on SNC-Lavalin. Roy asked a simple question: do the leaders want the special out-of-court deal for Lavalin that so many of Trudeau’s aides urged on Jody Wilson-Raybould? Trudeau, of course, believes the lurid spectacle of last spring was the only way things could have been handled. Yves-François Blanchet was adamant that Lavalin must be spared a trial. The rest want the company to go to trial.

On this, Scheer was the clearest I’ve heard, and it came as a relief: when Blanchet called SNC-Lavalin a “jewel” of the Quebec economy, Scheer countered that another jewel of life in Canada is the rule of law, and that the decision on whether Lavalin faces a trial “must stay with the Attorney General.” I’d have rather he said it should stay with the public prosecutor, especially given Trudeau’s flexibility about who serves as attorney general. But this was encouraging clarity from Scheer. (Read more)

Sorry is the most common word: With ten days to go the pace of candidate apologies is picking up speed. Tim Durkin, a Conservative candidate for Bay of Quinte, Ont., said he has apologized for a 2013 letter to a newspaper that urged people to dress “more modestly” to avoid rape, and organizers of Slutwalk in Belleville went to bat for Durkin saying he “absolutely has learned and changed his outlook.” Windsor-Tecumseh NDP candidate Cheryl Hardcastle said she’s’ sorry for calling voters in her riding “stupid” after she lost a bid for mayor in 2014 — she said it was “an emotional time” when she told a caller “you bought into his f***ing little show… like I just can’t believe people are that stupid.” And now over to Quebec, where Bloc Québécois Leader Yves-François Blanchet apologized on behalf of several of his candidates after several of their tweets, posts and shared videos were  deemed Islamophobic. “They all regret having shared in the past videos or messages containing inappropriate comments,” he said.

Or not:  Maxime Bernier’s People’s Party is standing by a Nova Scotia candidate who in 2017, just days after the Quebec City mosque attack, tweeted “Islam is pure evil. Islam has no place in Canadian society.” The party said it clarified with her that she’d failed to distinguish between “radical Islam” and Islam, which apparently settled the matter as far as the PPC is concerned.

Classless act: Throughout the campaign the parties have been falling over each other to portray Canada’s middle class — a hopelessly fluid and meaningless term that applies to anyone who wants it to — as being gripped by economic anxiety, even though a cursory look at the data tells us otherwise, writes Scott Gilmore. So why do they do it?

Shamelessly, politicians go along with the charade and promise us they can help everyone win. In truth, they know that they can only tinker on the edges, give us a small tax credit here, or drop a tiny subsidy there. One promise is slightly faster, another is slightly larger, that one comes in purple.

They all have one thing in common, though—they require the government to spend more money than it collects in taxes. In other words, we just keep putting everything on our national credit card. (Read more)

It’s beginning to look a lot like a minority: At least Jagmeet Singh is preparing for that eventuality. He laid out “six things that we’re going to ask them to take very seriously” and by them he meant the Liberals, because he’s already ruled out working with the Conservatives if no party wins the 170 seats needed for a majority. “These are our terms of what we’re going to fight for,” he said. Among the list: A national, single-payer universal pharmacare plan, scrapping interest on student loans, a “super wealth” tax and reduced cellphone bills.

Putting a price on promises: After some, ah, delays, both the Conservatives and NDP will release their costed platforms today, according to CTV News. Advance polls open at 9 a.m. this morning and run until Monday, so that’s what Andrew Scheer must have meant when he said the full platform would be released with “plenty of time” for voters to make up their minds.

Misinformation, the good news: So far Canada’s election has been “largely clean” of foreign interference when it comes to Facebook ads, unlike the experience in the most recent U.S. and U.K. elections. That’s according to the Digital Democracy Project, operated by the Public Policy Forum and McGill University’s Max Bell School of Public Policy. But the group cautions foreign-funded disinformation campaigns could hit social media harder in the last week of the campaign.

And now the bad: For several days last week a rumour pinballed around social media and fake news sites claiming that Justin Trudeau left his teaching job at West Point Grey under the cloud of a sex scandal. Then it was seized on by Sun News columnist Warren Kinsella and eventually the Conservative Party, hinting that the story was being suppressed. But there never was a story, and there never was a scandal. The Toronto Star added its contribution to the list of stories dissecting and debunking the manufactured scandal, which also includes entries from Canadaland and the National Observer.

‘You realize I’m still here, right?’: Scheer still has a week left in his bid to unseat the Trudeau Liberals, but in case he falls flat on his face, some Conservatives are readying for his departure and replacement. That was the angle of a Globe and Mail story that shook the Conservative campaign early Thursday, which said supporters of former Conservative cabinet minister Peter MacKay are laying the groundwork for his leadership run in the event Scheer loses. Those insiders included Conservative insider and PR strategist John Capobianco — who quickly fessed up on Twitter that he’d “mistakenly speculated” to the Globe, which “gives the impression I do not support my leader, Andrew Scheer- this is totally false. In no way did I intend to suggest anything other than my full support to our party and my leader. … I am very sorry.” For his part, MacKay said it was all news to him. “Not a soul” had spoken to him on this issue, he said. It seems like only five months ago that veterans in Trudeau’s own party were scheming a “Draft Mark Carney” campaign to recruit the central banker in case Trudeau blew it on election day. Oh wait, it was.