Pictures from today’s events on the Conservative leader’s tour in and near Vancouver: 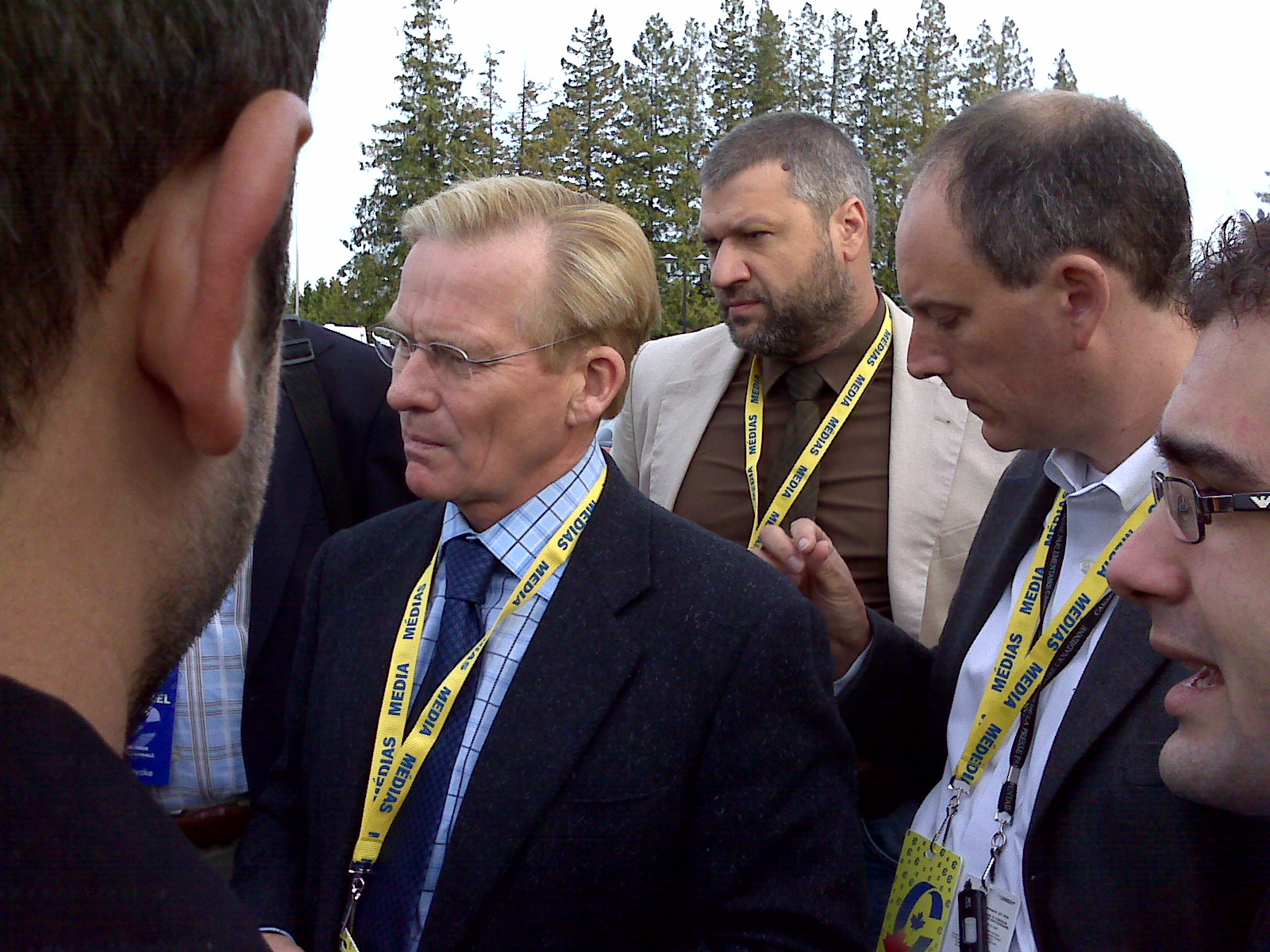 The day began with a brief conference about how to hold news conferences. At the extreme right (geometrically! Geometrically!) is Dimitri Soudas, the PM’s press secretary, who tends the infamous news-conference lists that have been the subject of much discord. The PMO had a new idea to propose (or maybe one of the reporters on the tour proposed it; I walked into the discussion late): Operating from a complete list of every reporter on the tour bus, he could give everyone one question until the bottom of the list is reached, and then start again. So none of yesterday’s 10 reporters gets a question today. And some who didn’t get on the list today, like say me, will be on the list tomorrow. Here the scribes ponder this idea. As is often the case, CTV’s Bob Fife takes an informal leadership role. After about 5 minutes, we decided we didn’t have any problem with this system. Peace breaks out on Tory tour! Film at 11! 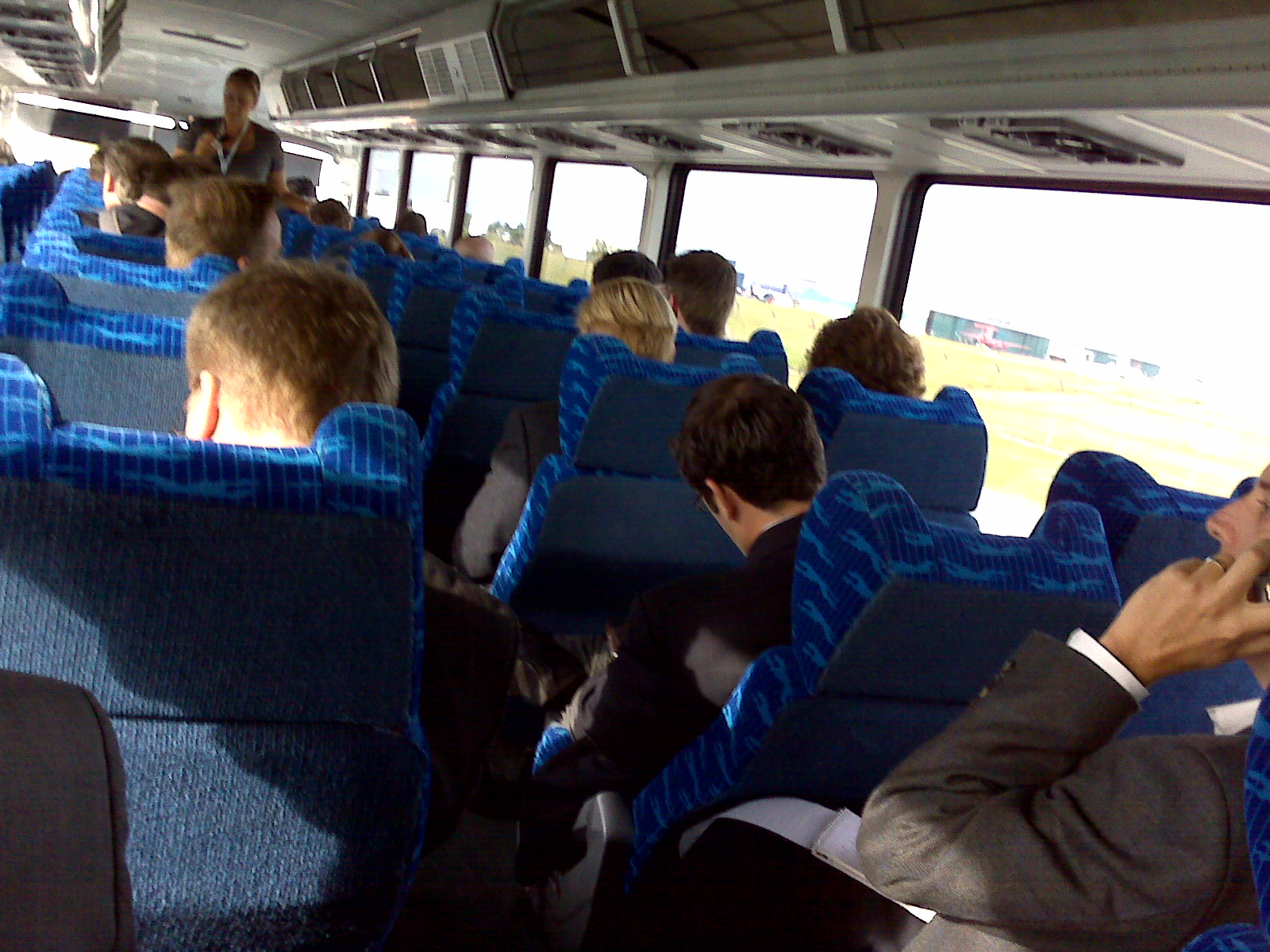 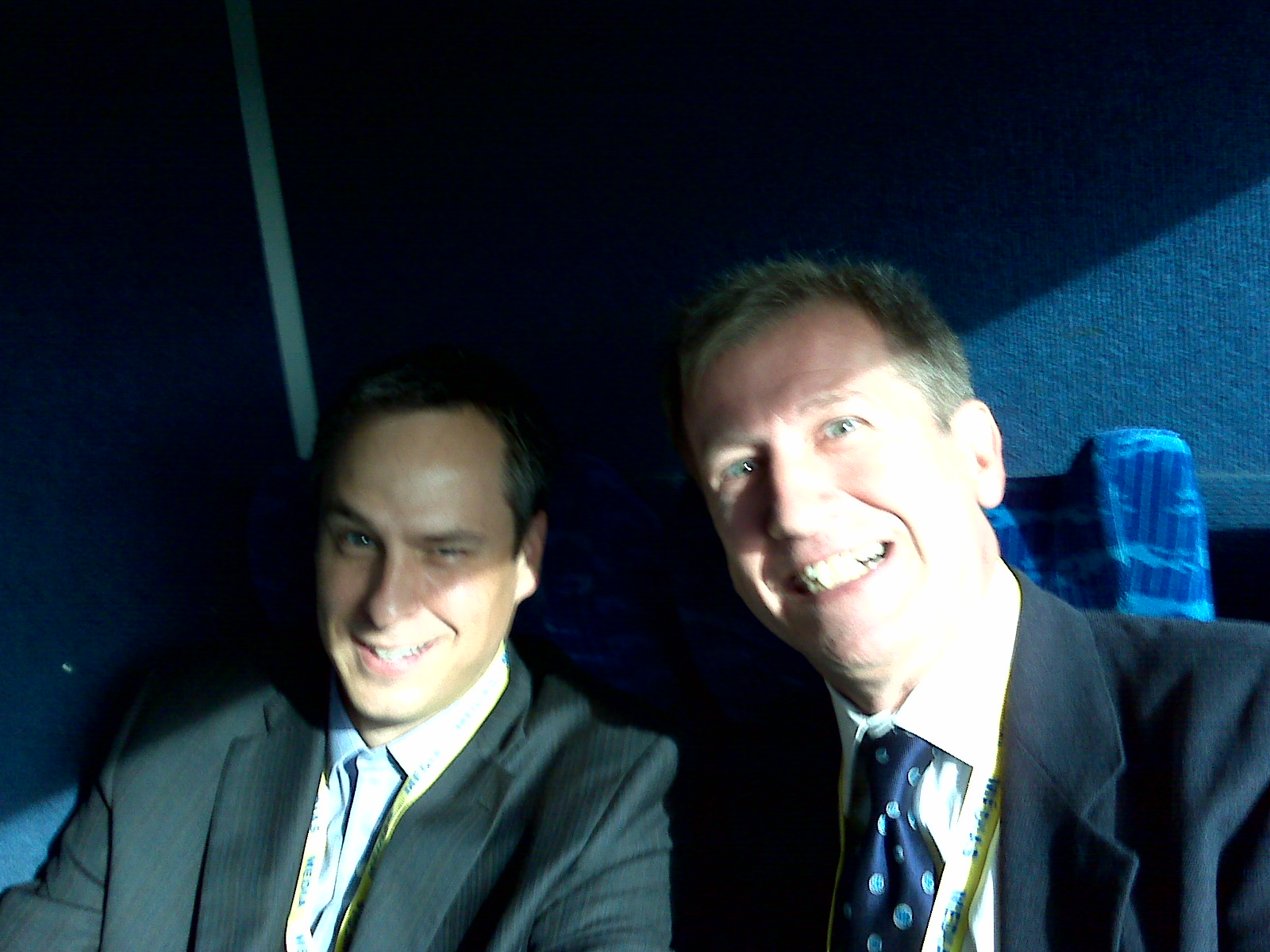 The media bus heads to Richmond, with its eerily green lawns. Near the back, Global’s Peter Harris and the CBC’s Paul Hunter conspire. 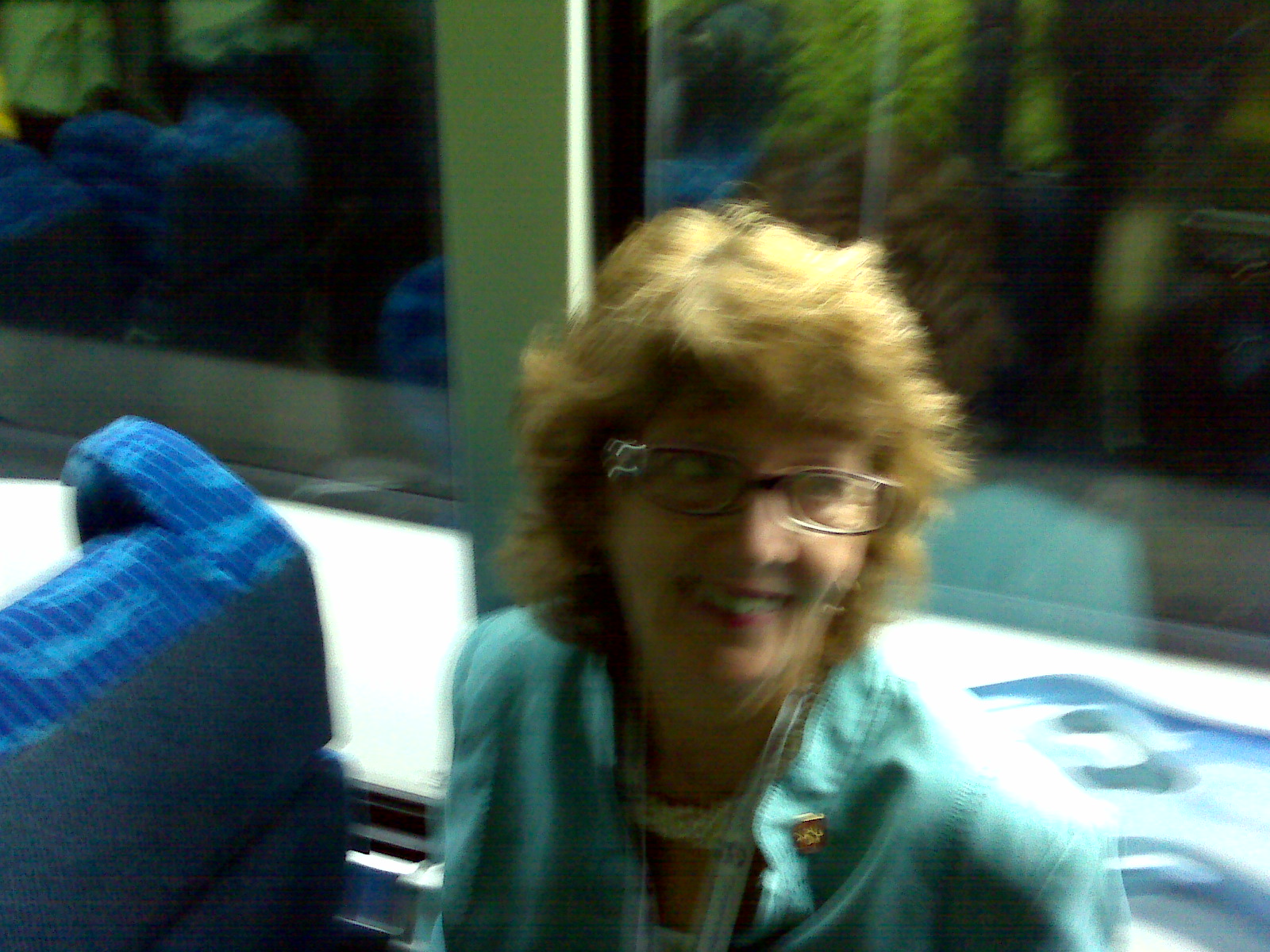 Also on the bus: Senator Marjorie LeBreton, Mulroney stalwart of yore, who came onto the Harper tour at the last minute in 2006 because, almost unique among his close associates at the time, she likes reporters. She’s back this year, and any problems with focus are the photographer’s fault, not hers. 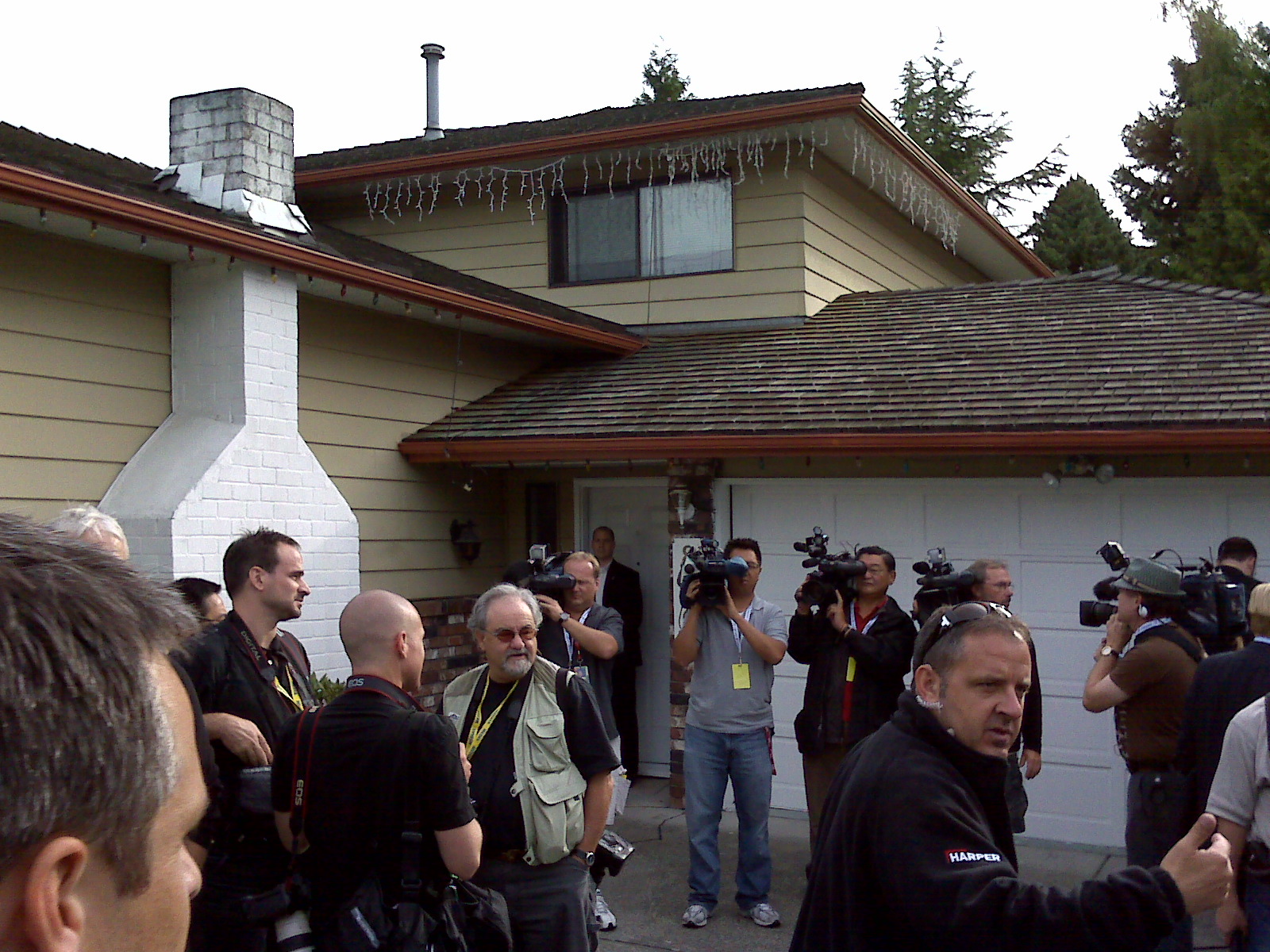 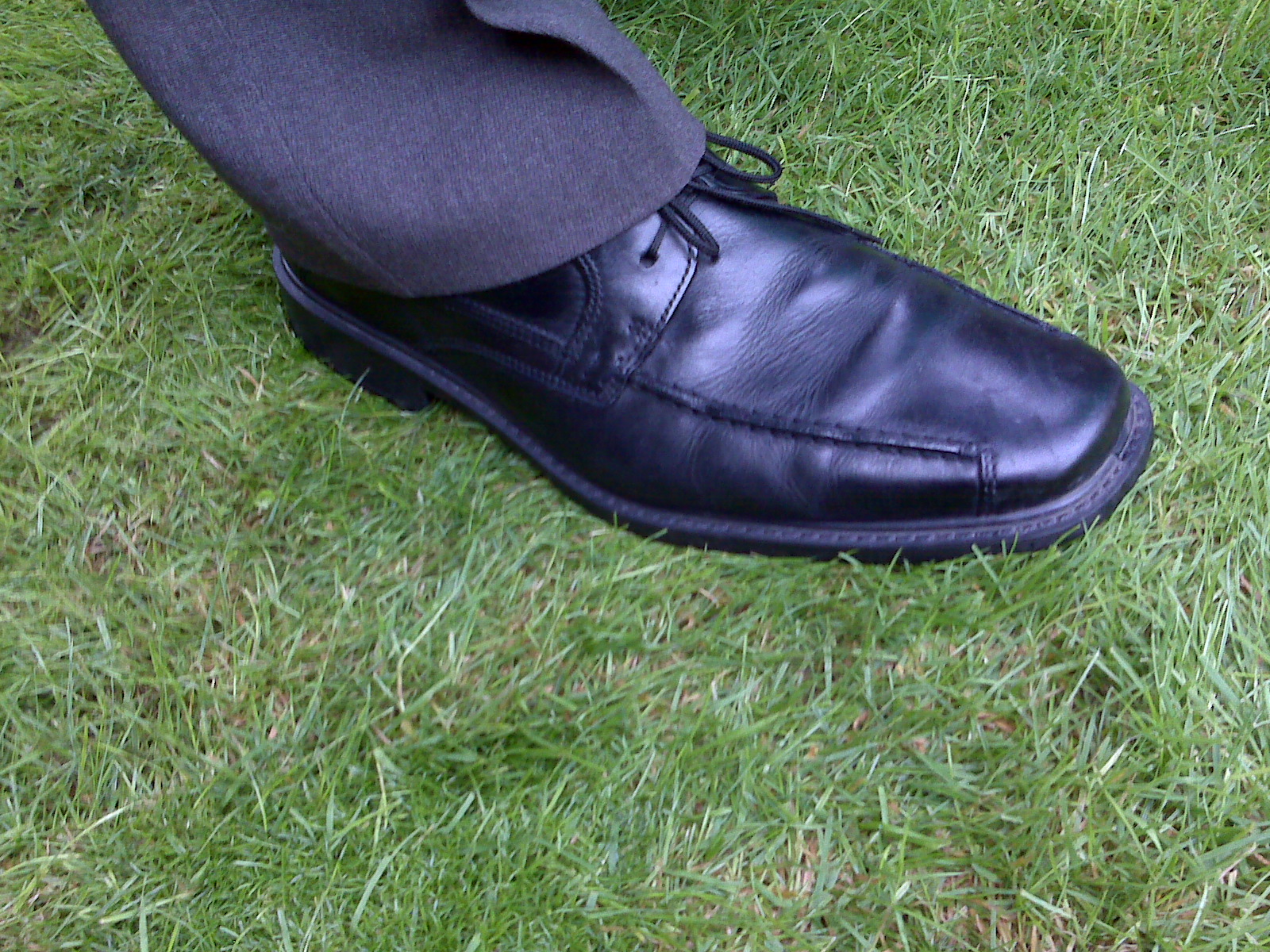 In Richmond, a waiting cluster of cameramen, photogs and Conservative advance staff await our bus at the family home of the family-family Huang family. In the Huang’s back yard, an eerily green lawn. CanWest reporter Andrew Mayeda provides elegantly shod contrast. 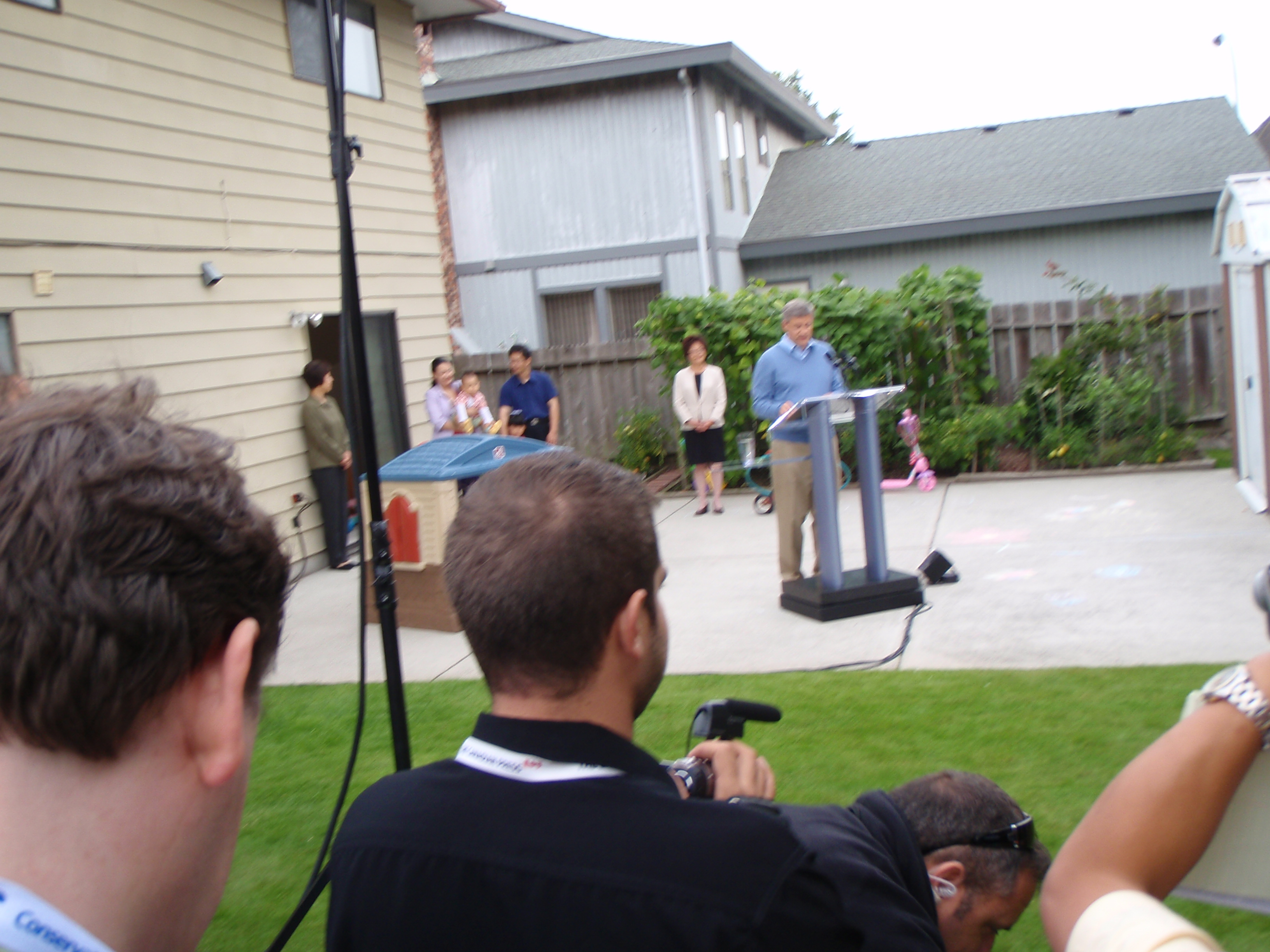 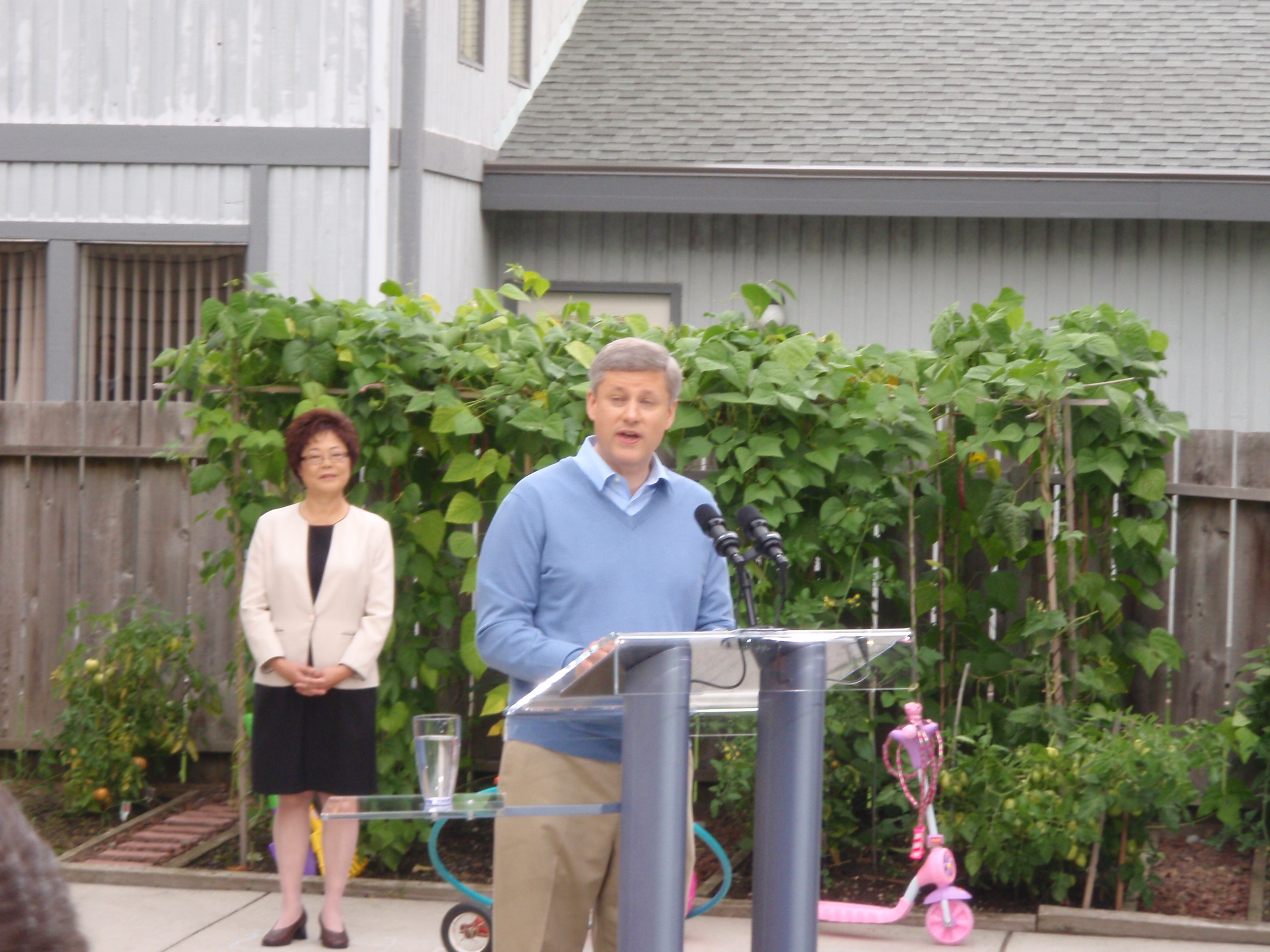 The Prime Minister of all the Canadians appears, clad in the manner you see here before you. Scrumming ensues.