Ottawa's reigning political selfie junkie is not who you think

The Prime Minister takes a lot of flack when he constantly poses for selfies at public events. But he's not Ottawa's selfie king. 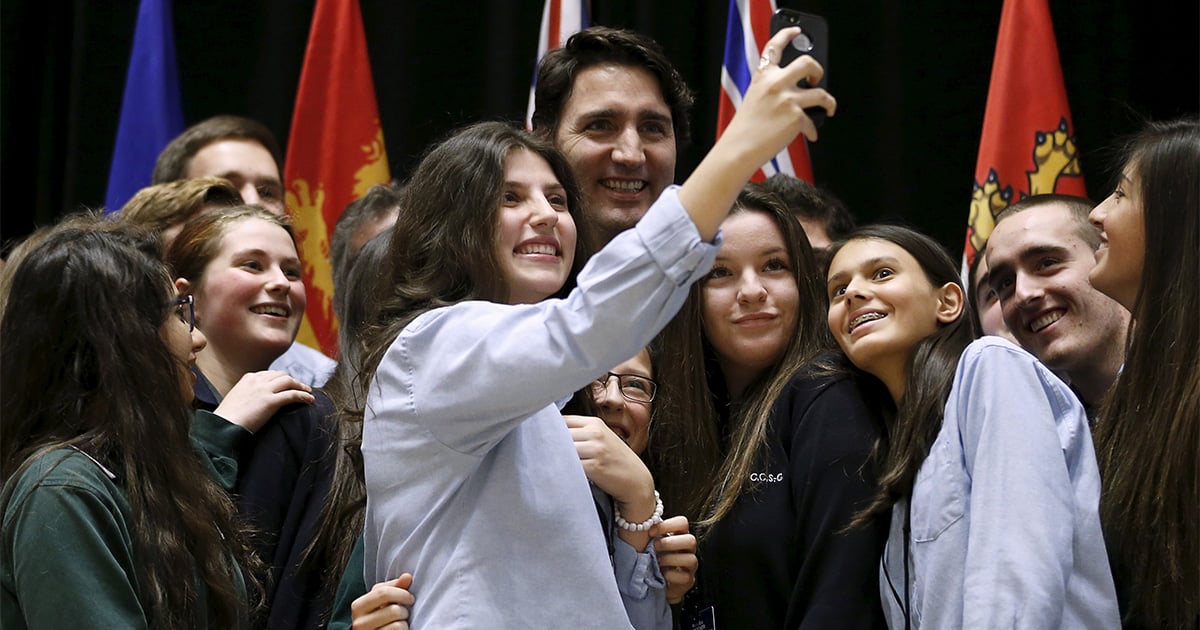 It’s safe to say that federal politics has never been more obsessed with selfies, whether it’s MPs snapping them and uploading them to their social media accounts, or other MPs mocking their colleagues for doing so. So far to date, selfies have come up 55 times in Parliament—including this recent zinger from NDP MP Charlie Angus: “We see a government that believes it can run on slogans, selfies, and Hallmark card political aphorisms”—with the number of “selfie” references up from just seven last year and only twice in 2014. By far the most common target of selfie criticism is Prime Minister Justin Trudeau.

But just which MP is Canada’s reigning selfie king or queen? To find out, we asked Mark Blevis of FullDuplex, an Ottawa-based digital public affairs firm, to crunch the social media numbers. And after analyzing close to 60,000 tweets from nearly two dozen of the most Twitter-active MPs over a 12-month period, we have a winner—and it’s not who you think.

For the purpose of analyzing political selfies, Blevis looked not only at those photos that MPs took of themselves, but all tweeted photos in which the MPs themselves appeared. It’s not a strict definition of a selfie, but it does reflect politicians’ obsession with being in the camera frame. “Whether they extend their arm and snap a photo of themselves (with or without others) with the back-facing camera of their smartphone, or they have a photographer document their every move, MPs have an unhealthy dependency on being in their own photographs,” says Blevis.

He notes that it’s become “fashionable for critics of the Liberals to criticize Justin Trudeau for his affinity for selfies… Really, though, selfies have replaced autographs and have become the new way we document our lives.” As for the prime minister, 24 per cent of his tweets feature photos of himself, with him appearing in 66 per cent of all his photo tweets.

This analysis, however, focuses on the percentage of MP tweets that include selfies. When sheer volume is taken into account, Canada has a different selfie champ: Environment and Climate Change Minister Catherine McKenna. In 12 months, she tweeted 2,295 selfie photos, close to 1.3 times more than the next MP, Indigenous and Northern Affairs Minister Carolyn Bennett. By that measure, McCallum is rather average, sending out 333 selfie tweets.

Top 10 MPs, ranked by percentage of tweets with selfies