Oversight in Canada's Senate? There's no such thing. 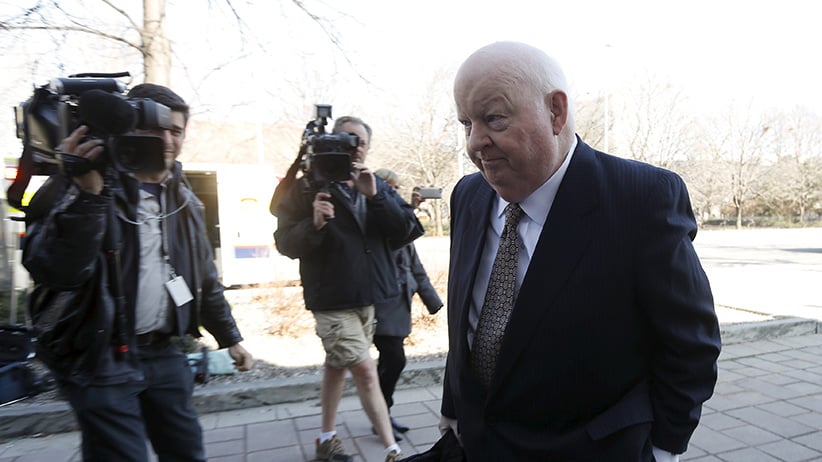 Donald Bayne has dark eyes and white hair, a patrician face and bearing, and he favours grey suits the colour of armour. For Sonia Makhlouf, after her second day in the witness box, the experience must be like having the ghost of Hamlet’s dad on her trail—returned with a booming voice to make sure her job, a little matter of Senate-spending oversight, is done.

Poor Makhlouf, not that it’s her fault. There’s no such thing as oversight in the Senate.

Today, in Courtroom 33 at the Ottawa courthouse, where Sen. Mike Duffy is on trial for a panoply of charges—bribery, fraud and breach of trust—observers in the gallery watched Bayne, who is Duffy’s lawyer, hammer that very point.

No matter that Makhlouf, a Senate human resources officer and staffer for 18 years, wasn’t in the business of policing the senators she worked to serve.

And never mind, either, that her job apparently consisted mostly of making sure senators, who’d asked for taxpayer money to purchase goods and services, filled in forms correctly.

Did the senator pencil in even the vaguest notion of what the good or service comprised? Good. The maximum cost? Excellent. The start and end date? Sure thing. The senator’s signature? “That’s the most important part,” Makhlouf told court.

“Because that’s where the discretion is,” Bayne said, swooping in on a favourite theme—the wide latitude enjoyed by senators in choosing employees and spending their allotted budgets.

Bayne, who is in the midst of a passionate love affair with minutiae, has had Makhlouf in the witness box for a day and a half, and will still be grilling her tomorrow.

She’s nervous giving testimony, and maybe she should be. Her words have probed the depths of what it means to be a functionary. Call it the anatomy of a pencil pusher. “I’m not doubting anything, I’m taking the request, I’m processing the request, and I just check the details in front of me,” Makhlouf told RCMP officers probing Duffy, according to a transcript read in court.

Bayne has been highlighting a lack of clarity in the procedures around Senate contracts, which Duffy stands accused of funnelling to pal Gerald Donohue in return for not much. In Bayne’s view, it’s Duffy and his Senate colleagues who are in the dark. Bayne is building a case that suggests a proliferation of rules governing Senate expenditures left everyone in the Red Chamber unsure about how to ask for money and how to dole it out.

Nor was there any checking in with the contracts after the fact. Bayne asked Makhlouf if she ever “did any detailed oversight of these contracts? . . . You never asked who’s going to do the work?”

“You never asked: Was this work actually done?” Bayne went on.

There was something a little puzzling about this HR officer: She appeared profoundly incurious, credulous, and seemed rarely to have raised questions about the paperwork that came across her desk at a rate of 200 contract requests a year for four years.

“You get a name, and you don’t go behind that name, do you?” Bayne asked.

Even Duffy didn’t register a bleep on Makhlouf’s radar.

“Like, for me, he is like any other senator,” she told the RCMP during her police interview.

Did anyone check to see if the work got done? Not she, Makhlouf said.

“It’s almost like on the honour system,” one of the RCMP officers suggested.

Or, in Bayne’s words: “There’s no oversight of value for money for taxpayer purposes, is there?”

You could argue that functionaries such as Makhlouf may be the real casualties of Duffy’s allegedly cavalier attitude toward Senate spending. You could see her sink into the witness box under questioning, though her voice remained clear and she did not shrink from Bayne.

Bayne pointed out that this wasn’t a personal criticism of Makhlouf. “If there are problems in Senate administration, you didn’t create them,” he said. “I’m not suggesting that.”

But Bayne also said Senate administrators such as Makhlouf had “a positive duty” to caution and educate senators about the spending rules—one they couldn’t satisfy because oversight was so slack, they couldn’t possibly have identified missteps if they’d occurred.

“You folks are supposed to be the experts, right? And the senators are not,” said Bayne. “Right?” It was a ghostly scolding; Bayne’s suit very nearly rattled.

Day four: The subject of honour and the genie of Cavendish