It's been seven days since Parliament Hill was the scene of gunfire. Now what? 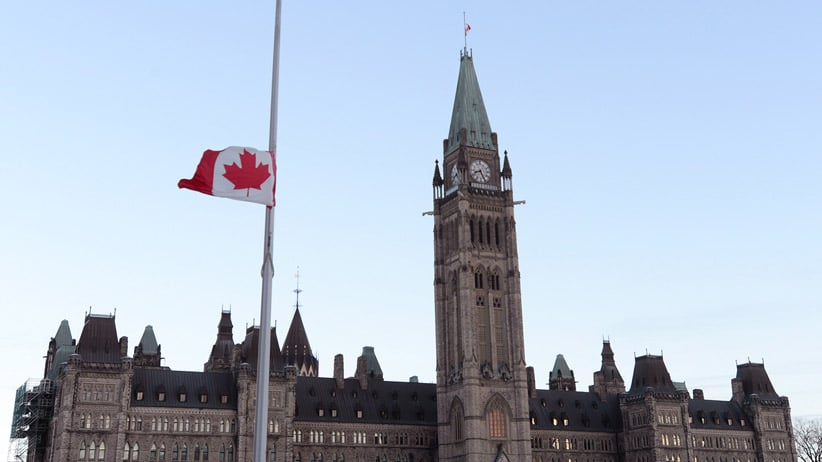 Seven days after the gunshots and panic, we might debate everything up to and including how to describe what happened.

Standing at a microphone in the Hall of Honour this morning, NDP leader Thomas Mulcair was asked whether he would label last Wednesday morning’s events as “terrorism.”

“Because I don’t think we have enough evidence to use that word. I think that when you look at the history of the individual involved that you see a criminal act of course. You see something that was meant to provoke the type of reaction we had but when you look at the history of the individual, attempts to get help, even to be imprisoned to get help if that turns out to be the case, I think we’re not in the presence of a terrorist act in the sense that we would understand it,” Mr. Mulcair explained. “I think we have to be very careful with the use of the word terrorism, make sure that’s actually what we’re dealing with.”

There are valid semantic, philosophical and cultural debates to be had here. Was Michael Zehaf-Bibeau a terrorist? If so, is Justin Bourque also a terrorist? Was Marc Lepine? Was Denis Lortie? We could say that Zehaf-Bibeau was different, that he was inspired somehow by an international organization dedicated to acts of violence that go beyond conventional warfare, but we should be sure of the details of how he came to fire upon two cadets at the War Memorial and then race toward Centre Block—the sorts of details that should require weeks (months?) of examination and independent scrutiny. (If not ISIL, would Zehaf-Bibeau have found some other reason to kill and die? If not for mental illness, would he have never come to that? How do we parse one man’s arrival at a decision to go through with something so horrifying?)

Within and beyond that is the task of understanding the nature of the threat. Have we always lived with the possibility of something like this happening? Or is Zehaf-Bibeau an example of a new and increasingly real threat? (In the days after 9/11 it was possible to believe we had witnessed just the first of such terrible attacks. Is it a matter of law enforcement or merely luck that we haven’t?)

More immediately, we could start where Zehaf-Bibeau met his end: Is Parliament Hill safe? Is it at least acceptably safe? We should surely hope so. And that people have returned to the Hill since it was opened again last Friday night would seem to suggest that some of us believe it is. Or that there is some defiance in some of us.

It shouldn’t be forgotten that last week was a real trauma, not only symbolically for the nation, but in a very real way for those who work within sight of the Peace Tower. For all of the formal politics, there are human concerns here. What this place experienced last week perhaps exceeds anything it has witnessed before and it was not without cause that Conservative MP Rob Clarke, a former RCMP officer, stood in the House before question period today to talk about PTSD.

“My thoughts in the last days have been that our justice system is based on a principle that victims should not be directly involved in the judicial process. Why? For good reason. Because they are too emotionally involved,” NDP MP Alexandre Boulerice wrote earlier this week. “In this case, it’s a tricky one. We were the victims of basically what was attempted murder. But, at the same time, we have the power to legislate and change laws. I would think that it is not a bad idea to let the dust settle and have a thorough debate on this before moving forward with laws to reinforce police power.”

It is tempting to say everyone should take the next two weeks off, but then surely Parliament must carry on. So maybe there is something in Boulerice’s suggestion that the dust be given some time to fall before we react with new laws.

“We will not over-react,” Public Safety Minister Steven Blaney has said, “but it is also time we stop under-reacting to the great threats against us.”

Whatever that’s supposed to mean, the assumption would seem to be that we need to act. But how? And why? And to what end?

The New Democrats and Liberals have started to pile up questions at the government’s feet. Will the government commit to work with other parties on any new legislation? What research will inform that legislation? What sort of parliamentary study will occur? What about the laws that already exist? Why is the Security Intelligence Review Committee shorthanded? Is CSIS sufficiently transparent?

This afternoon, Mr. Mulcair pressed the government on the level of civilian oversight for our security agencies and cuts to the budgets of departments assigned to public safety. The Prime Minister used the t-word—”Since we are talking about this in the shadow of two terrorist attacks last week, I think it is important to say that CSIS does important work to protect Canadians”—and the NDP leader apparently felt it necessary to respond.

“Mr. Speaker, the Prime Minister understands, as do Canadians,” Mr. Mulcair came back, “the fundamental difference between the horrific acts of a profoundly disturbed individual and organized terror.”

There were shouts of “terrorist!” and grumbles from the government side and then applause from the New Democrats and then Mr. Harper apparently felt compelled to go back at his counterpart.

“There is, of course, Mr. Speaker, no contradiction to individuals who may have a series of personal financial and mental difficulties and also be engaged in terrorist Jihadist activities as, indeed, the police have already said,” he said. “We do not think it helps Canadians to do anything but address these matters head on, face them for what they are, and this government will take its responsibilities seriously and bring forward measures to protect the country.”

John Baird yelled “hear, hear” and the Conservatives jumped up to applaud.

Mr. Trudeau then pursued the Prime Minister as to whether a parliamentary committee should be struck to review the work of our security agencies (and later on the recommendations of the Arar inquiry).

“I do not think we should start from the assumption that everything our police and security agencies do are somehow a threat to the rights of Canadians,” the Prime Minister protested. “On the contrary, more often than not, security and rights find themselves on the same side of the ledger and Canadians do not have effective rights unless we can ensure their security, and that is what we intend to do.”

Mr. Trudeau came back, “Mr. Speaker, the Prime Minister needs to know that oversight is as much about ensuring that everything is done to protect Canadians as it is to protecting their rights.”

Should the House of Commons have somehow changed as a result of last Wednesday’s violence? It is interesting to think that it might have: that somehow there might have been some mutual and collective decision among its members to put away the worst habits of recent years. But we can’t expect everything to change in a day and we shouldn’t expect a moment of trauma to necessarily make us rethink everything we’ve be doing. We have seemed to make it through four days now with only the sparest traces of attack in the 15 minutes reserved each day before question period for statements by members. That is something. Though if that remains the case for more than another few days I’ll be shocked.

What we could hope for—what we might even demand—is that the House rise to the significance of the moment. Do we need new legislative measures to deal with whatever this threat is? We would seem to be expecting as much. So perhaps, in one kind of ideal, we could have a truly independent all-party committee study the issue and make recommendations. In another, simpler ideal, we could merely hope that the government seriously and clearly respond to the questions asked of it. We could expect that all parties seriously and clearly defend their own positions and seriously and clearly deal with the positions and proposals of others. (We could start, on this count, with the proposal for a parliamentary review committee. If it’s a good idea, let’s hear why. If the government doesn’t want to pursue it, let’s hear precisely why not.)

We might hope that whatever now ensues no one will be too easily accused of sympathizing with terrorists or behaving like a fascist. This might get rough and heated. The debate might be pitched. It might need to be. But that it not get ugly is a decent goal. We have seen true ugliness. We might wish to be spared the rhetorical kind.