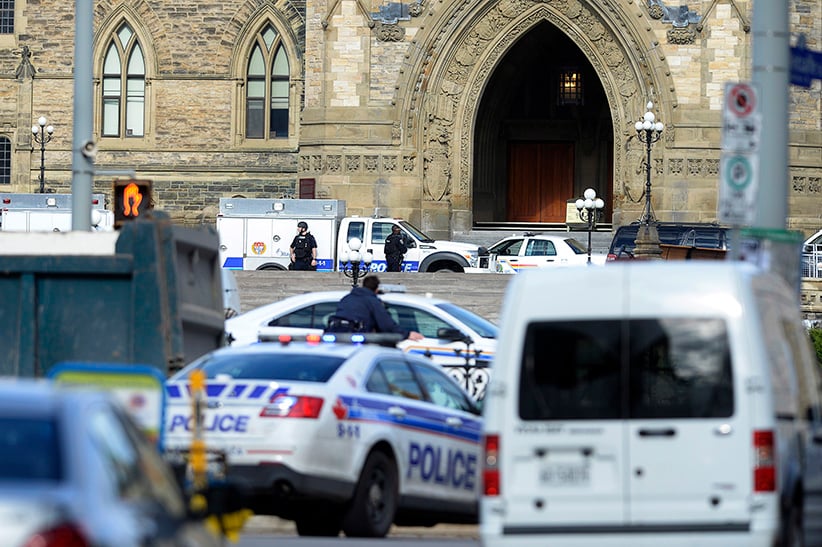 The following is the text of an email sent to me by Liberal MP Sean Casey, who writes about how the day on Parliament Hill unfolded from his perspective.

The Atlantic Liberal caucus was holding its regular Wednesday morning meeting in the boardroom adjacent to Justin Trudeau’s office on the 5th floor of Center Block. There was a window open. We heard a person shout “GET DOWN” that seemed to be coming from outdoors. This was followed by a sound I thought was a construction crane hitting against a hard surface (I have never heard gunfire, except on TV) and the sound of construction cranes is pretty common around here. I thought the sound was coming from outdoors through the window. Then two other MPs came bursting in, sirens wailed, and there were a few scary minutes as it became clearer that it was shots, not construction.

We moved away from the doors and windows. A short time later, we had a rap on the door from someone identifying as a police officer to confirm that the office was occupied by MPs and staff. We were directed not to open the door.

After that, any time we tried to look out the window, a bullhorn directed us away from the window. We did hear some shouting coming from the hallway, mid afternoon. We thought it was probably someone being directed back into their offices by authorities.

The day was spent on cellphones and watching TV.

Mid-afternoon, we were moved from Trudeau’s office to the 5th floor cafeteria, as SWAT teams escorted us and patrolled the halls. It seems they are emptying out all the offices.

I have been inundated with messages from home, for which I am grateful.

My respect and admiration for House security and the police has been reinforced, and I am saddened that an innocent young man standing guard at The Tomb of the Unknown Soldier has been killed. My heart goes out to his family.