Politics Insider for April 19: The CPC race gets interesting; the Afghan evacuation hits a wall of red tape; and some angry realtors 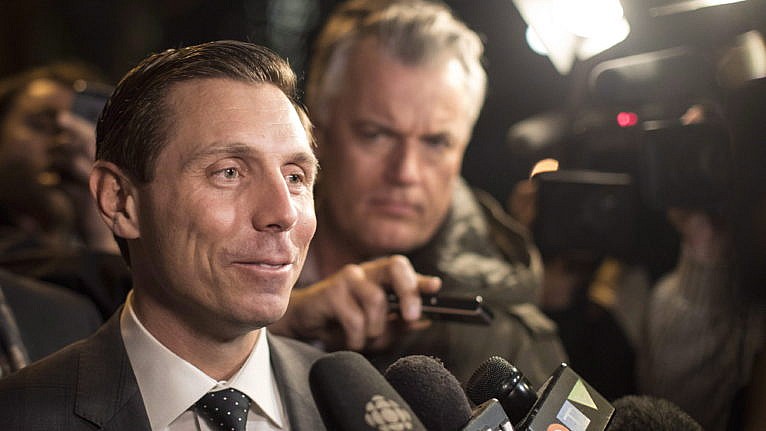 Brown’s bid: Stephanie Taylor, of CP, has an interesting in-depth look at Patrick Brown’s below-the-radar push to sign up new Canadians in his push to win the CPC leadership. Taylor reveals that Brown is making promises — an apology to Tamil Canadians, investments in cricket and a new visa office in Kathmandu — calculated to appeal to specific communities, but is not putting them on his campaign website or social media accounts. He is out signing up members.

“My path to victory is not winning the party membership,” he says. “My path to victory is bringing new people in and having a decent level of support within the party.” He says his team has a large campaign in the Sikh, Muslim, Tamil and Chinese communities “that have all felt mistreated by the party.” After a brief pause, Brown says: “If we pull this off, this is part of Canadian history.”

Harper redux? Brown is banking on new members to be competitive, but Pierre Poilievre, who has been holding big rallies, seems to have a huge advantage with existing members, writes former Stephen Harper speechwriter Michael Taube in the Post.

When I endorsed Poilievre in the Post a couple of days before he entered the race, I knew that he was going to be a strong candidate. I never expected him to leave the rest of the pack in the dust this early in the campaign. Angus Reid’s mid-March poll had Poilievre 39 points ahead of his closest competitor, Jean Charest. A more recent Abacus Data poll showed that Poilievre was favoured by 46 per cent of Conservative supporters, followed by Charest (24 per cent), Patrick Brown (13 per cent) and Leslyn Lewis (11 per cent).

Warning! Postmedia has two columns warning that elites are trying to label Poilievre as a populist because they are frightened of him, one from Lorne Guntner, one from Sabrina Maddeaux.

Unclear as yet: In the Hill Times, Abbas Rana has a useful roundup of insider opinion on the state of the race. Something significant is happening with Poilievre’s big crowds, but it’s not absolutely clear what just yet.

Greg Lyle, president of Innovative Research said that there’s no denying the Poilievre campaign is attracting large crowds, but it’s hard to know at this point who these people are and whether they will vote for the Ottawa MP at voting time in this leadership election.

It’s complicated: In the Toronto Sun, Brian Lilley explains that the complex voting system — in which each riding has the same weight, regardless of how many members it has — makes it hard to be sure who will win.

Having crowds is better than not having crowds at your rallies, but the Conservative Party elects its leaders using a complex voting system that includes ranked ballots and a points system for each riding in the country. Even selling the most memberships isn’t enough. You have to sell enough memberships and get enough votes from existing members in all the right places to win. I asked both the Patrick Brown and Jean Charest campaigns how they can possibly overcome Poilievre’s crowds and both said that though the sheer number of people is impressive, they still think they can win.

A path? In le Journal de Montréal, Emmanuelle Latraverse observes that the complicated process may leave a path to victory for Charest, and anyway, nobody knows yet who has sold the most memberships (translation).

Giving up: A Canadian veterans group is giving up its efforts to evacuate Afghans, citing staff burnout and federal red tape, the Globe reports.

The Veterans Transition Network, which says it raised $3.6-million and helped rescue 2,061 Afghans since the Taliban took control of Afghanistan in August, 2021, is refocusing on its main priority of helping Canadian veterans suffering from post-traumatic stress disorder and other mental-health problems. Oliver Thorne, VTN executive director, said onerous government paperwork, lack of federal funding and the difficulty of finding safe routes out of Afghanistan forced the charitable organization to give up its evacuation work.

Slow to help: Former CDS Rick Hillier tells John Ivison in the Post that the government should skip a “convoluted” budgetary process for military aid for Ukraine and send 250 LAV3s from its current stock , along with spare parts packages and some trainers. “Why are we not sending them in this moment of desperation?” he asked.

Three? The Post also has a story about Canada’s three embassy buildings in Moscow.

Health first: John Horgan told Rosemary Barton on Sunday that Ottawa should fund the health-care system rather than introduce new programs, CBC reports: “Would it be grand to have a national dental care plan? Absolutely. But I think we need to start with first principles, and that is stable funding so that we can do the hip replacement, so we can have a human resource strategy for our primary care sector.”

Bilingualism fail: The commissioner of official languages has ruled that events broadcast on Justin Trudeau’s Facebook page must be accessible in French and English, CP reports. At issue is the lack of French-language translation of a July 6 news conference announcing the appointment of Mary Simon as Governor General.

Realtors irked: The Canadian real estate industry is gearing up to fight Ottawa’s plan to ban blind bidding, the Globe reports. The April 7 budget proposed to stop the practice, in which buyers  do not know what others are offering to pay for a home. It been blamed for out-of-control competition during the pandemic, but Canada’s national real estate association and other powerful industry groups oppose the federal plan.