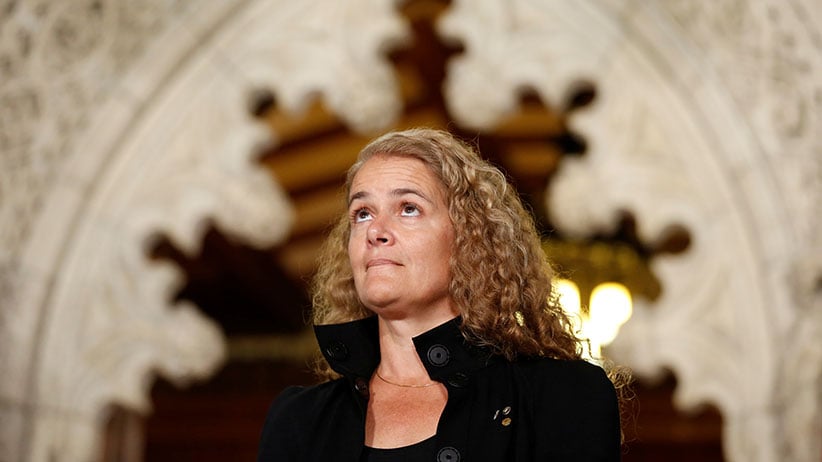 She told the New Brunswick legislature that Canada is in a fortunate position to be able to make a difference, because the country is rich in values.

“Our values are tolerance and determination, and freedom of religion, freedom to act, opportunities, equality of opportunities amongst everyone and for all,” she said.

The comments come a week after she criticized people who believe in creationism and horoscopes, and those who don’t believe in climate change.

She did not directly address controversy over her earlier remarks, but the former astronaut spoke Tuesday about seeing Canada from space without borders, and talked of the need to work together.

In last week’s speech, she urged her friends and former colleagues to take responsibility to shut down the misinformation about everything from health and medicine to climate change and even horoscopes that has flourished with the explosion of digital media.

“Can you believe that still today in learned society, in houses of government, unfortunately, we’re still debating and still questioning whether humans have a role in the Earth warming up or whether even the Earth is warming up, period,” she asked.

“And we are still debating and still questioning whether life was a divine intervention or whether it was coming out of a natural process let alone, oh my goodness, a random process.”

She generated giggles and even some guffaws from the audience when she said too many people still believe “taking a sugar pill will cure cancer if you will it good enough and that your future and every single one of the people here’s personalities can be determined by looking at planets coming in front of invented constellations.”

Conservative political strategist Alise Mills said Payette went way over the line with her speech, which Mills characterized as not only political but “mean-spirited.”

But Prime Minister Justin Trudeau didn’t seem to have any issue with what Payette said, saying his government and Canadians understand the value of science.

Payette’s visit also included a tour of the Institute of Biomedical Engineering’s prosthetics labs at the University of New Brunswick, and a visit to 5th Canadian Division Support Base Gagetown.

She was scheduled to end her day by delivering remarks at a reception hosted by Gallant at the Beaverbrook Art Gallery.

Payette was sworn in as Canada’s 29th Governor General on Oct. 2.