Philippe Couillard is Harper’s man in the National Assembly 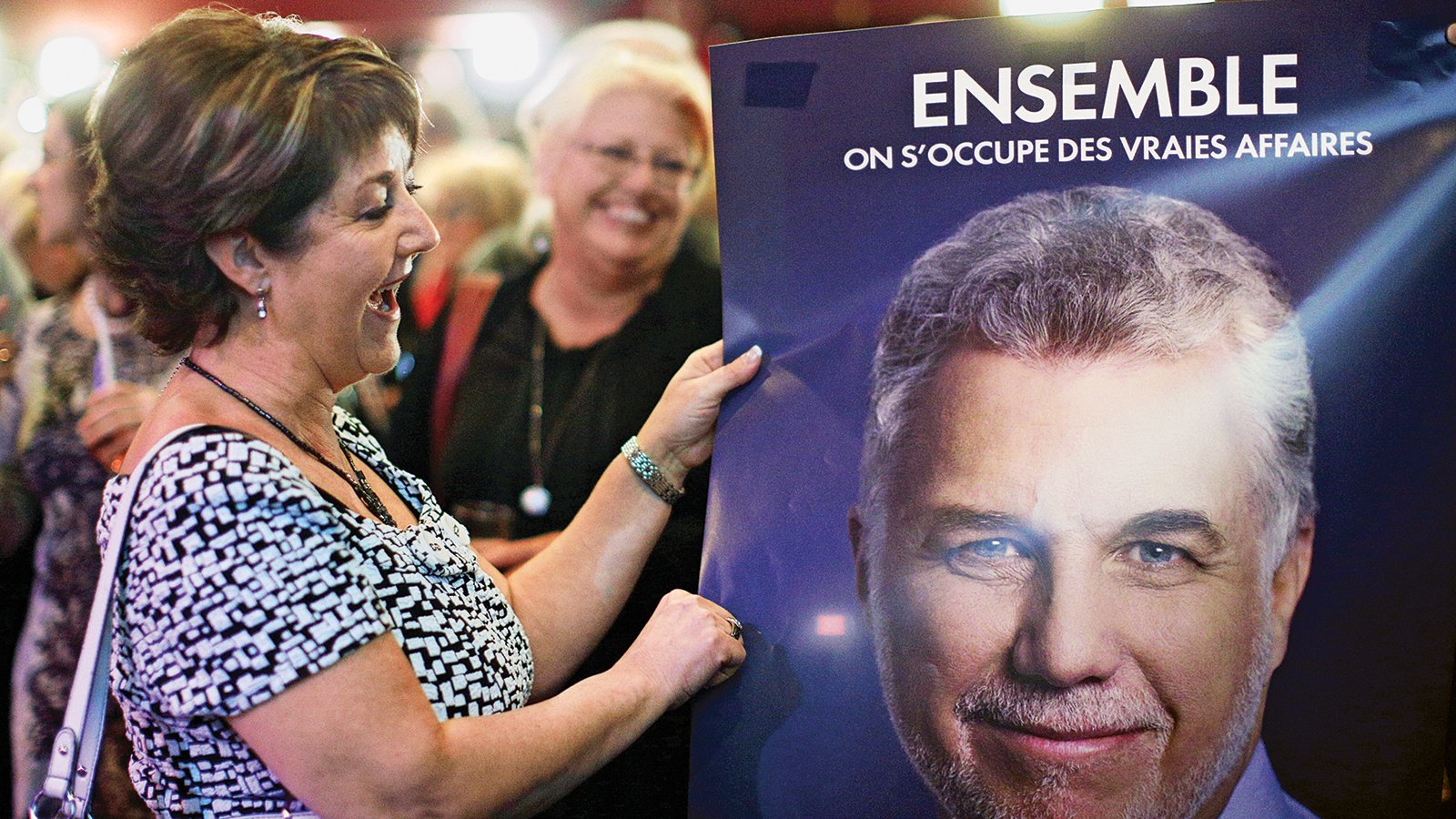 The best news for Philippe Couillard—well, the best news besides the strong majority government and the collapse of the Parti Québécois and the radiant incomprehension among senior Péquistes about how they got into this fix, which pretty much ensures they won’t find a way out—I say the best news for Couillard, besides all that other stuff, is that nobody gives him credit for it.

It takes real skill for a neurosurgeon who entered medical school at age 17 to be underestimated. Somehow, Couillard has managed it. The near-universal assumption among Quebec politics-watchers is that the provincial Liberal leader was a bystander at his own triumph, an accidental beneficiary of a mulishly stupid Parti Québécois campaign. To be fair, the PQ came through like champions, alternately paranoid and incompetent, and usually both on Sundays. It would indeed have been hard to lose to that crew.

But one of my favourite rules of thumb is that the winner of an election campaign usually knows a thing or two about politics. Couillard is a cold fish with little popular touch, but the big idea he ran on—a pluralist, embracing vision of a modern Quebec with little to fear and much to gain in a big world—proved more attractive than any of the PQ’s conspiracy theories. In the television debates, he resisted the urge to attack, offering a competent, reassuring presence. He looked like a premier, in other words. Now he is one.

He has his work cut out. Quebecers are starting to realize that their province’s finances are out of whack, its debt nearly unsustainable, its social programs difficult to finance, even with substantial transfers from, basically, the West. Couillard will have to demonstrate progress on tackling those challenges if he is to justify and solidify the voters’ confidence.

He’ll have to do it while taking incoming fire from the Charbonneau commission of inquiry into rampant political corruption. Much of the unsavoury news will be about prominent Liberals. Couillard will just have to manage that mess as well as he can. He’s lucky his majority is comfortable enough that he can lose a few members of his caucus. That will probably happen.

Couillard will need friends. Fortunately, he will look further to find them than Pauline Marois, the defeated PQ premier, ever did.

Marois was the most parochial Quebec premier in 60 years. Unlike René Lévesque, Lucien Bouchard or Bernard Landry, she knew few anglophones, had not travelled or worked outside Quebec, and was distinctly uncomfortable at meetings with other premiers. Couillard has lived abroad, speaks excellent English, regards the rest of Canada as an ally, and was appointed to the federal security intelligence review committee in 2010 by Stephen Harper.

This suggests interesting possibilities. When Harper was first elected as Prime Minister in 2006, he used to say the federal government should do something to support Jean Charest, “the most federalist Quebec premier of my lifetime.” Harper and Charest eventually had a falling-out, but the principle remains. Harper has not built many bridges since 2011, has made few new allies, and he has paid for it with a listless government stuck in ruts. He could stand to reach out to Couillard.

Is there any point? Quebec provincial Liberals belong to every federal party, but among those who hold federal party memberships, most are federal Liberals. The connections are strong: Dan Gagnier, who was Charest’s chief of staff and stayed in close contact with the Couillard campaign, is Justin Trudeau’s national campaign co-chair. Harper has no such connection.

But even if Couillard might prefer dealing with a prime minister Justin Trudeau, he cannot wait that long. A federal election is still 18 months away. Couillard needs results faster than that, which means he will seek them from Harper.

What could they work on? No constitutional amendments; that way lies madness. But you can do a lot without changing the Constitution, and Harper and Couillard will view the possibilities from compatible perspectives. Couillard wants Canadian federalism to look flexible and responsive to Quebec’s wishes. Harper has wanted, for decades, a federal government that runs fewer programs, spends less money and is less present in Canadian public life.

The most spectacular expression of this sentiment was Harper’s 2001 “firewall” letter, written with Tom Flanagan, Ken Boessenkool and others, which urged Alberta’s government to insulate itself from Jean Chrétien’s federal government. One part of that agenda stands out today. “Each province should raise its own revenue for health care—i.e., replace Canada Health and Social Transfer cash with tax points, as Quebec has argued for many years,” Harper and the others wrote.

In plainer language: The federal government would reduce the amount of tax it collects, and allow the provinces to collect their own taxes. They wouldn’t be dependent on Ottawa for transfers. They would be more autonomous. And future federal governments, even Liberal or NDP governments, would have a smaller revenue base to fund future adventures in interventionist government. From Harper’s perspective, it would be win-win. The timing is right: The feds expect to deliver a balanced budget in the new year, so fiscal room for something like what I’ve described is starting to open up.

Harper and Couillard couldn’t cook such a deal themselves, but they’d have company. Saskatchewan’s Brad Wall and British Columbia’s Christy Clark would probably play along. Alberta’s Dave Hancock, who’s made it plain he doesn’t want to be a mere time-server while his party finds a replacement for departed premier Alison Redford, would also be interested. That’s starting to be a considerable constituency.

The risks in any kind of federal-provincial adventure in rebalancing the federation—deadlock; failure; the provinces ganging up on a hapless prime minister—are high enough that Harper hasn’t met with the premiers since 2008. And his electoral hopes in Quebec must be modest indeed. He’d be lucky to win 10 seats there in the next election.

But a prime minister who could accomplish big change by working with the provinces, in a way that would be welcomed by governments in provinces as diverse as Quebec, Alberta and B.C., would not need to count pick-ups in Quebec as his only gain. He would have confounded expectations, rewarded Quebecers for their electoral choice, and advanced his long-term agenda of a profoundly decentralized federation. All of this will already have occurred to Couillard, who is a quick study. The first meeting between the Prime Minister and the new premier will be interesting to watch.