CityNews hosted a debate between Kathleen Wynne, Doug Ford and Andrea Horwath. Here's how it looked. 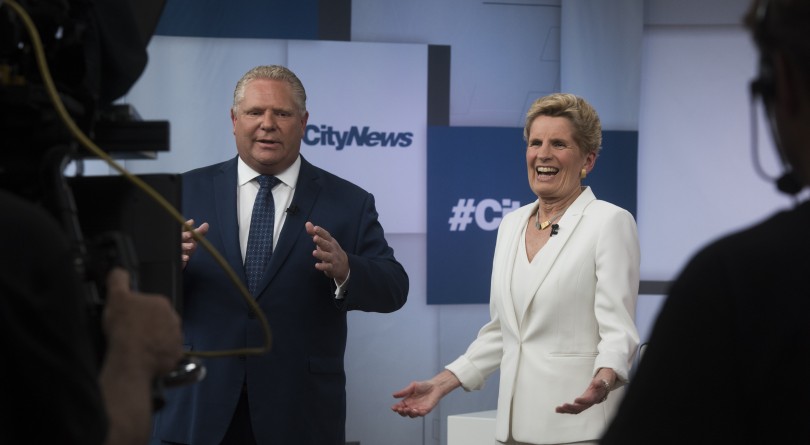 (L-R) Doug Ford, leader of the Progressive Conservative Party of Ontario and Kathleen Wynne, leader of the Ontario Liberal Party during the CityNews first televised debate ahead of this year's Ontario provincial election held at City studios on May 7, 2018 in Toronto. (Marta Iwanek for Maclean's)

A new poll released by Maclean’s and Pollara reported shocking news: New Democrats have leapfrogged the Liberals into second place, and also have the most room to grow as they attempt to win over voters who want change. Want to know more about where each party stands? Check out our platform primer.