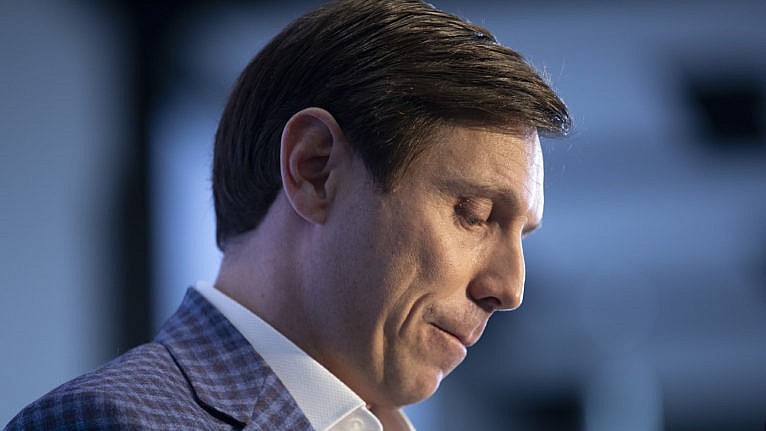 Conservative leadership rivals Pierre Poilievre and Patrick Brown traded attacks on Monday over the previous government’s niqab ban (or non-ban, if you believe Poilievre) while Jean Charest stayed blissfully above the fray, at least until he caught COVID. CP has a story on the back and forth, which might be best enjoyed with popcorn.

Contre 21: Leslyn Lewis came out against Quebec’s Bill 21, which she called “religious discrimination,” the Star reports. Poilievre also came out against the bill, as Charest has previously done, suggesting that whoever wins the race, the party will have a different position that that advanced by Erin O’Toole, who vowed not to interfere in an area of Quebec’s jurisdiction.

Too much? Brian Lilley writes in the Toronto Sun that the back and forth between CPC leadership rivals will help the Liberals, since the would-be leaders are writing attack ads for the next election.

Not so bad? John Ivison has a column about Poilievre’s policy promise of Monday, about accreditation for skilled immigrants, opining that “notwithstanding his political hit-jobs on rivals Jean Charest and Patrick Brown over the weekend, is that he is quite capable of doing better.”

On the other hand: In the Hill Times, Susan Riley contemplates Poilievre at length, arguing that progressives should take him seriously: “Progressive Canadians—not only Liberals, but especially Liberals—need to respond with verve, flash and conviction. And, since  Trudeau himself is incapable of spontaneous utterance, someone else has to lead this fight …”

Cactus cost: On Monday, an Ontario court ordered Maxime Bernier to pay $132,000 in legal costs after his lawsuit against Warren Kinsella was dismissed, the Globe reports.

The People’s Party of Canada Leader had sued Mr. Kinsella for his role in a secret campaign called Project Cactus, which aimed to discredit Mr. Bernier and his party as racist in early 2019 ahead of the federal election that fall. Justice Calum MacLeod dismissed the lawsuit in a Nov. 10, 2021, ruling, siding with Mr. Kinsella’s legal defence that the case should be rejected based on Ontario’s “anti-SLAPP” legislation, which aims to discourage the use of strategic lawsuits to prevent individuals or organizations from speaking out on matters of public interest. Essentially, the judge determined that Mr. Bernier failed to prove that his defamation concerns outweighed the importance of protecting free speech. In a ruling Monday, Justice MacLeod ruled that Mr. Bernier should pay for almost all of Mr. Kinsella’s legal costs and pointed to the rationale behind Ontario’s anti-SLAPP law.

“The legislation seeks to ensure that unmeritorious litigation cannot be used as a weapon to stifle constitutionally protected speech,” the ruling states. “In the case at bar, not only did Mr. Bernier seek to punish Mr. Kinsella for attacking him and the People’s Party of Canada, but he also pursued the litigation for an extraneous purpose.”

Mysterious probe: Unifor boss Jerry Dias, who retired Sunday, is being investigated by the union for an alleged breach of its constitution, the Globe reports.

Unifor national secretary-treasurer Lana Payne received a written complaint about Mr. Dias on Jan. 26 and then started an independent external investigation, according to a statement the union issued on Monday. But the union declined to divulge specifics about the complaint and said it will not publicly comment on the matter until it receives the investigative report, which it said is expected in the near future.

Likely not: Transport Canada is looking into whether supporters of the “Freedom Convoy” were vaccinated before they boarded a private flight to Ottawa last month, CTV reports.

According to one of the passengers on the flight, some of those aboard were not vaccinated, an apparent violation of the federal government mandate requiring most air and rail passengers to produce proof of vaccination before travel. “Transport Canada has been made aware of the incident and is following up with the air operator to ensure compliance,” Transport Canada spokesperson Sau Sau Liu said in an email.

Our woman in DC: In Maclean’s, Marie-Danielle Smith interviews Kirsten Hillman, Canada’s U.S. ambassador, who had some interesting things to say about the nature of the relationship with our neighbour, including, surprisingly, that Canada had access at the highest level under the last president, just as it does now.

We had very close access to [Trump’s] team. I met with their national security adviser several times. When we were working on the USMCA, I had the cellphone numbers of several senior advisers in the White House, and we talked regularly. This isn’t something that is personal, you know. It’s my job to build those contacts and relationships and networks. But it’s also indicative of the importance of the Canada-U.S. relationship.

Hurtin: The NDP has a 15-point lead over the UCP, according to a Research Co. poll.

Jean’s strange comeback: Speaking of the UCP, Brian Jean is carrying the party’s banner in a byelection in Fort Mac today, Don Braid writes in the Calgary Herald, “surely one of the weirdest ever conducted.” If elected, Jean, the former Wild Rose leader, promises to try to work within the party to oust its leader, Jason Kenny.

No-fly request: Volodymyr Zelenskyy is likely to ask more than Canada is willing to give when he addresses parliamentarians in Ottawa at 11:15 this morning, the Post reports.
— Stephen Maher