Poilievre ads on YouTube: Innovative or a new low?

'Watch the video everyone's been talking about,' Employment Minister tweets in response to controversy 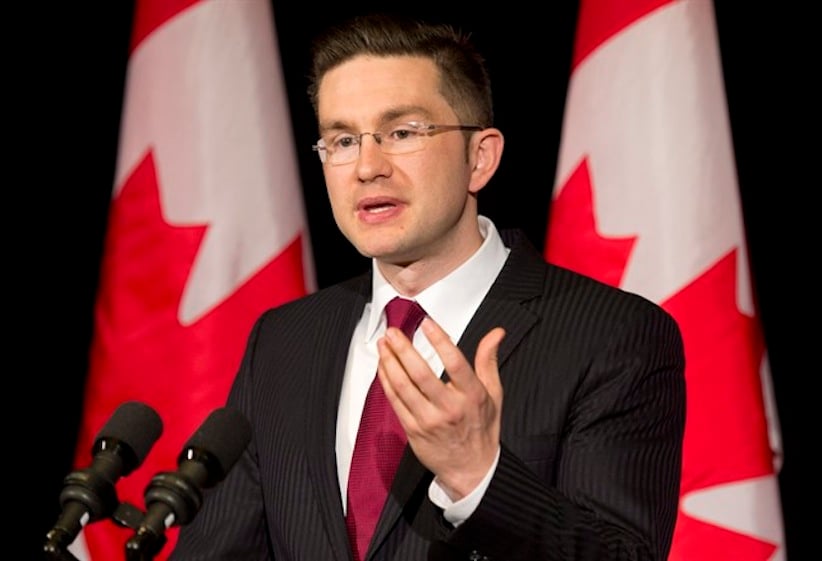 But opposition MPs denounced the “vanity videos” as a new low for a government that has a penchant for producing partisan advertising on the public dime.

Want to get more money for child care? Watch the video everyone’s been talking about: https://t.co/hKtai0MPH8 #viral #UCCB #cdnpoli

And the Canadian Taxpayers Federation agreed.

“The bottom line is that taxpayers should not be forced to pay for partisan advertising masquerading as information-based government advertising,” said Aaron Wudrick, the federation’s federal director.

The latest examples “highlight the need for an independent third party” to vet all government advertising, he added.

One of the videos shows Poilievre explaining the child benefit to shoppers at a children’s consignment clothing sale in his Ottawa riding. It was filmed on a Sunday by two members of the Employment department’s in-house creative production team, which has an annual operating budget of about $50,000.

Don’t miss this one where I ask media to help get approx 200, 000 families signed up for the #UCCB https://t.co/DTrPqKkFbE #viral #cdnpoli

A second video shows Poilievre, in rolled-up shirt sleeves, talking about the enhanced child benefit as he points to digital graphics explaining the changes.

Poilievre isn’t the only minister appearing in taxpayer-financed YouTube videos. Candice Bergen, minister of state for social development, stars in another video in which she explains what the recent changes to the universal child benefit will mean to various fictional families.

In Wudrick’s view, Bergen’s video is strictly non-partisan dissemination of factual information. But Poilievre’s videos
reference values and anecdotes that go beyond the factual changes in government policy” and amount to partisan spin.

“We believe that the real child-care experts are mom and dad. That’s why we brought in the universal child care benefit way back in 2006,” Poilievre says in one video, praising the prime minister for “putting money back in the pockets of hard-working Canadian families.”

“A one-size-fits-all, government-knows-best approach doesn’t work for families,” he says in the other video, echoing an accusation Conservatives like to level against opposition parties.

But even if the YouTube videos were strictly informational, Wudrick questioned their cost effectiveness, given that there have been fewer than 350 views for either of Poilievre’s videos and just 35 for Bergen’s on one MP’s website.

However a spokesman for Bergen’s department said there were almost 38,000 people viewing the video on an economic action plan website.

Prime Minister Stephen Harper has his own team of videographers who supply “exclusive” footage for 24 Seven, a weekly compilation of Harper’s activities posted online. That is also paid for by taxpayers, although the content — including plenty of clips of Harper’s wife, Laureen — is often more promotional than informational.

Harper’s office was forced to apologize last week after 24 Seven posted footage of the prime minister in Iraq and Kuwait that showed the faces of Canadian special forces soldiers, potentially endangering their lives.

In the House of Commons on Friday, NDP deputy leader Megan Leslie accused Poilievre of wasting money having himself filmed as “he skips around his riding promoting the Conservative platform” while thousands of people have lost their jobs.

She demanded to know how much the “partisan, self-promotional videos” cost. She got no answer.

“I make no apologies for informing parents of the expanded universal child care benefit,” Poilievre responded, promising to continue “aggressively” promoting the changes.

Liberal MP Marc Garneau called Poilievre’s defence “a slap in the face of all Canadians who expect accountability” and a reflection of the government’s “supreme arrogance.”

“Either that or he thinks we are stupid or possibly that we do not care. We do care,” Garneau fumed.