Election Image of the Day: Some campaign mishaps work in your favour 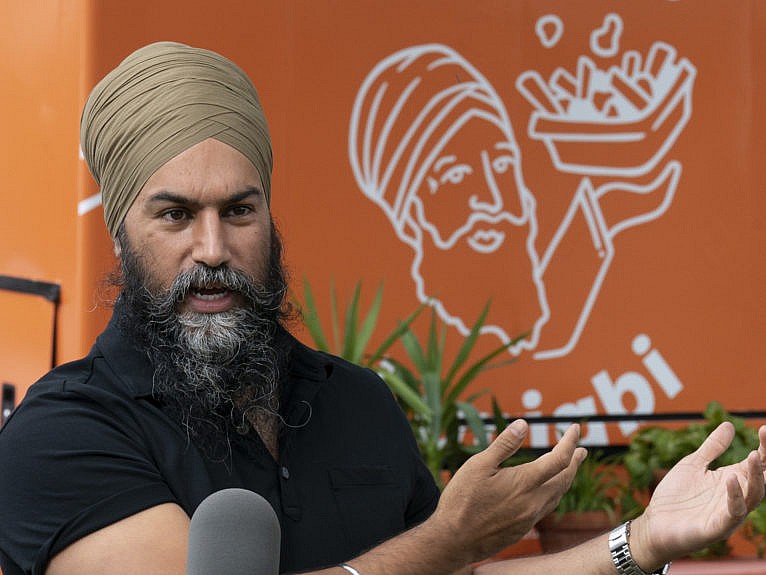 It’s no secret that NDP leader Jagmeet Singh wants to win back Quebec. After Jack Layton led the Orange Wave 10 years ago, decimating the Bloc Québécois and shutting down the Liberals everywhere except a handful of ridings in Montreal, the party backslid under Thomas Mulcair in 2015 and disappeared from the province after Singh took over. This year, he’s made extra effort to fix that: he kickstarted his campaign in Montreal and has spent plenty of time in the province. Today, ahead of the national French language debate (which could be a game-changer, as Maclean’s pollster Philippe J. Fournier points out), Singh hit the streets of Montreal to try the oldest political gambit: handouts. Well, handing out poutine, anyway. That was the plan, as Singh was set to pitch plates of “Punjabi poutine” (watch him work on YouTube—the man knows how to chop) to anyone who showed up to his streetside food truck. But in keeping with the NDP’s bad luck these days, the truck got a flat tire en route to the park. Unwilling to accept this as an omen, organizers got the flat fixed and rescheduled the event for the afternoon, with the added bonus of more media coverage as a result of the snag. “Thanks to the people working TIRElessly to get the truck back on the road,” Singh good-naturedly tweeted. Hard to say if this little moment will move his numbers in Quebec. More likely, it’s just small potatoes.

Canadian news of the day: Campaign event for Jagmeet Singh delayed because of broken down poutine truck https://t.co/E6vRWruiiX