Let's help give Jason Kenney some peace and quiet

Jason Markusoff: In the spirit of the Premier’s push for better debate—no desk thumping—the media can do their share. Here are some thoughts. 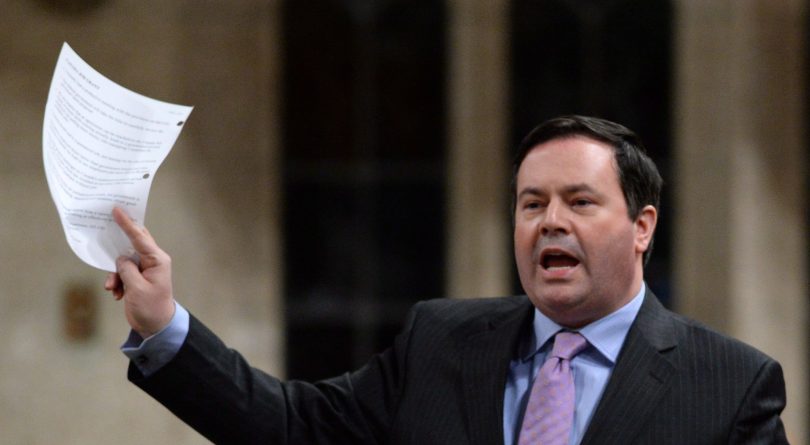 Premier Jason Kenney, as part of his bid to make Alberta freer, more conservative and less carbon-taxy, is ushering in changes to tailor his new legislature workplace to what he’s used to (more Ottawa, less Alberta), and what he prefers (more refined decorum, and perhaps some pre-Victorian choral classics would be nice).

His United Conservatives are pressing forth with various reforms to how MLAs conduct themselves in the assembly, including a clampdown on oft-politicized guest introductions, letters members vote “absent” if they’re afraid to come down on a side, and Kenney’s long-argued elixir to what ails democratic proceedings: a ban on desk-thumping.

“Often we’ll hear from parents that come here with school groups that say, Jason, what the heck is going on here—we couldn’t act like that at home, and letting our kids see that?” said Jason Nixon, Kenney’s House Leader. (Convenient, always, when non-specific anecdotes align with one’s own personal views, just like that nice group of magazine subscribers I met yesterday who said Maclean’s needs to expand its wine criticism and analysis in Western Canada.)

Kenney has despaired of thumping and clapping as far back as 2015, when he protested parliamentary overuse of standing ovations—though only once Stephen Harper was no longer an applause-receiving prime minister and Kenney no longer a cabinet minister.

Thumping is a particular Kenney pet peeve, and he fancies the U.K. Parliament rules, having not apparently viewed that recent video of Speaker John Bercow yelling “Ordaaaaaahhhhrrr!!” endlessly to quell Brexit procedural absurdity.

RELATED: MPs should put down their phones and get back to governing

Teachers and visiting school groups are more likely to despair of the guttural noises made by politicians’ mouths, not their hands. Slapping desks may amplify the raucousness, but isn’t at its root. The United Conservatives are trying to tamp down the volume of question period, just as they leave opposition. They ought to do more to sincerely address the decorum in the Alberta people’s house.

In the spirit of the new premier’s push for broad cooperation and constructive debate, the media can do their share. So here are some suggested amendments to his assembly rule reforms.

To be added below proposed Standing Order 13, suborder (5.1), which currently reads: No Member shall disrupt the orderly conduct of the proceedings of the Assembly by loudly or repeatedly banging on a desk.

(5.2) No Members shall offer standing ovations in excess of 10 seconds for the mere fact a Party or Government Leader has attended and is rising to speak.

(5.3) No Member shall offer an exaggerated laugh in response to a fellow Member’s scripted quip that an aide cribbed off Twitter user @RedMenaceOMG3452.

(5.4) No Member shall, during debate, devote more than one-third of a statement to:

(a) relitigate the most recent election

(5.5) No Member shall disrupt proceedings by making a verbal interjection that

(a) inquires upon the whereabouts of a fellow Member last Weekend;

(b) refers to the physical Impossibility of simultaneous sucking and blowing;

(c) if shared on Twitter, would likely to get zero retweets or likes on Twitter, but probably several eyeroll emojis in reply.

(5.6) No Member shall repeatedly and dramatically snap their gloved fingers as though they are a villain from The Avengers, pretending to disintegrate half of all life in the Assembly

(5.7) No Member shall refer to a bill by a petulant nickname, regardless of how clever a Member believes it is to call something Pick Your Pockets Bill or More Like Unfair Elections, Am I Right? Act

(5.8) For each daily Oral Question period, an Opposition caucus may ask up to one (1) facetious question, such as “Will the premier admit to the public how much he has failed the public?”

(5.9) For each daily Oral Question period, a Government caucus may offer up to one (1) answer to a completely different question than what was asked.

(5.10) Following a period of cacophonous, unruly behaviour among Members, the Speaker shall, at their discretion, select a school group in attendance to replace the Members at their desks and continue in their place for the remainder of Daily Proceedings, and

(a) The Members shall watch these pupils’ proceedings, so that they may learn how a more mature and better behaved group actually conduct themselves.

(b) The Speaker may reward Pupils’ good behaviour by permitting them up to three (3) minutes of carefree banging on desks.

(c) The Speaker may subsequently consider offering the same reward to Members who demonstrate good behaviour.