What makes an effective prime minister?

The brains behind our latest prime minister rankings explain how the survey worked, and what it revealed 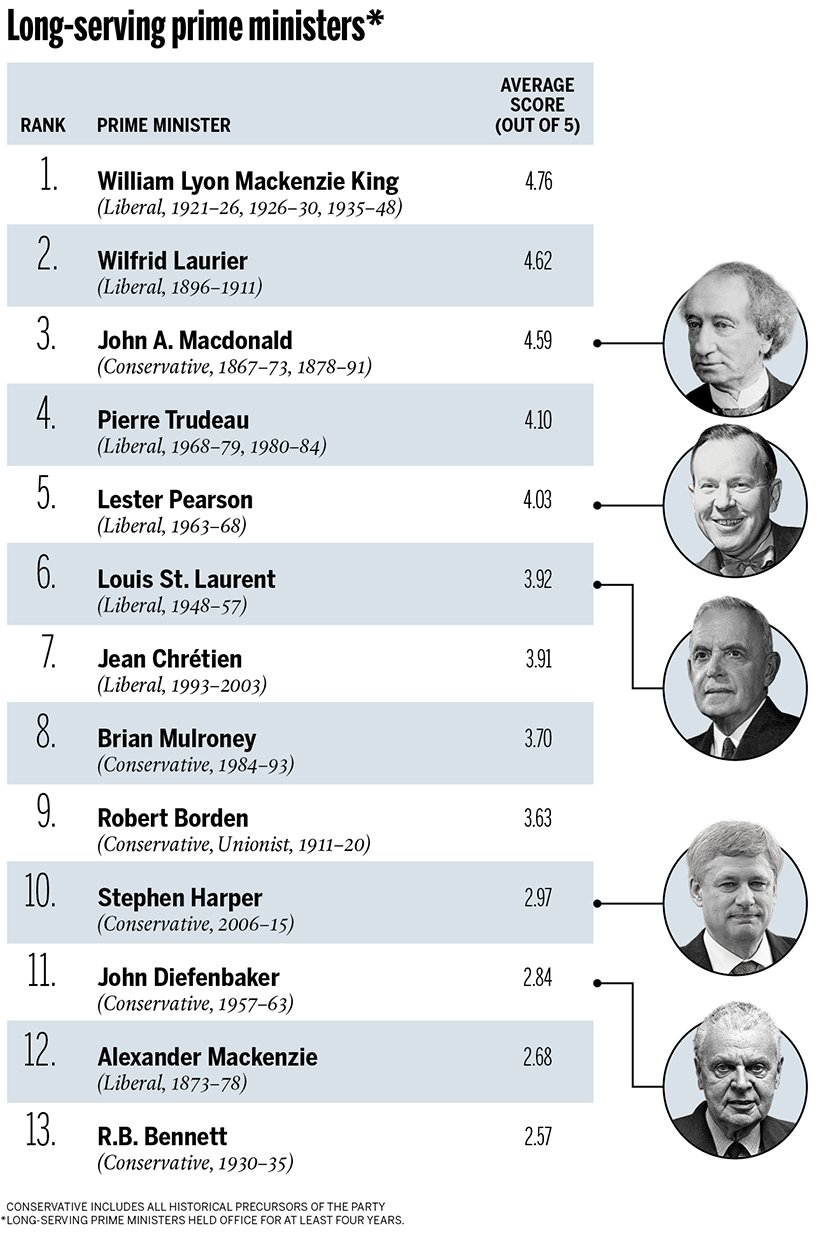 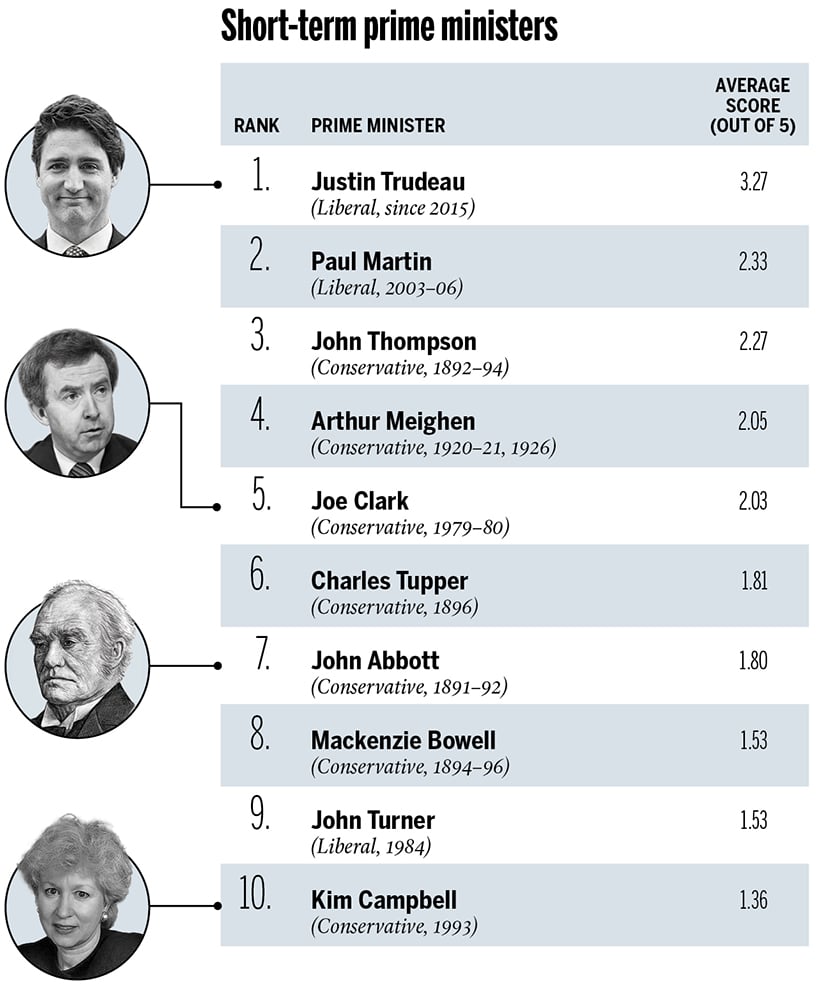 For the third time in less than two decades, Carleton University professors Stephen Azzi and Norman Hillmer have surveyed the best historical and political minds of our country to rank Canada’s 23 prime ministers on their effectiveness. Unlike in years past, this time, the duo created two lists: one cataloguing prime ministers in office for a short term (a list of 10), and another for those in office for a long term (a list of 13). They surveyed a record 123 experts, and added new questions about the prime ministers’ environmental and indigenous policies.

It led to some surprising results – one being that our current prime minister, who has been in office for less than a year, has already surpassed his predecessor on the list. Maclean’s sat down with Azzi and Hillmer to dig deeper into the survey’s key findings.

In survey after survey, experts have usually selected William Lyon Mackenzie King, Wilfred Laurier, and Sir John A. Macdonald as Canada’s top three prime ministers. Hillmer says this is because they all have something in common: they were in power for a long time, and in that time, achieved greatness.

2. Canada’s founding father is behind the times

While Macdonald made the cut among the older experts surveyed, he was bumped out of the top three by the younger cohort, replaced by Pierre Trudeau and Lester B. Pearson. Hillmer and Azzi both weighed in on why this is.

Our new prime minister has barely been in the role a full calendar year, but already he has leapfrogged his predecessor when scored for effectiveness. Hillmer says we might just need to wait for the Trudeau honeymoon to end. His score may yet fall.

Just what makes our former prime minister so unpopular among experts? It could be political bias, or it could be the fact we haven’t had enough distance to judge him properly, according to Hillmer.

However, Azzi says with or without the left-leaning experts, Harper still tanked in the rankings.

5. So you want to be a good prime minister?

How does a prime minister climb these rankings? They have to do something, says Azzi, and make a mark. Charisma means nothing unless you stand for something important to Canadians.