The 28-year-old royal takes it to extremes

From this week’s Newsmakers:

There are times, it’s been suggested, that Prince Harry would have benefited from a cold shower.

But now the 28-year-old royal is taking that to extremes.

He and four colleagues will be locked into a -40° C chamber for 24 hours in preparation for an upcoming Antarctic expedition. They’ll use their time to test cold-weather gear and their ability to set up camp in the sort of extreme temperatures they’ll face in their Walking With the Wounded Allied Challenge, a race to the South Pole by wounded soldiers.

The prince is part of Team Glenfiddich, an event sponsor and no doubt a supplier of liquid courage. They’ll be racing against American soldiers and a Commonwealth team including injured warriors from New Zealand, Australia and members of Soldier On Canada.

“As a member of the British team,” the prince told competitors in the 335-km race, “I will have a brew ready for you when you join us at the pole.” 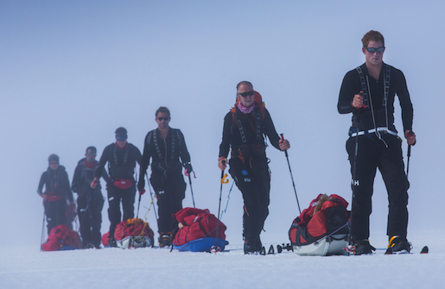