Two Toronto men in attack made failed refugee claims here 15 years ago. One cited distaste for waging war on Kurds. 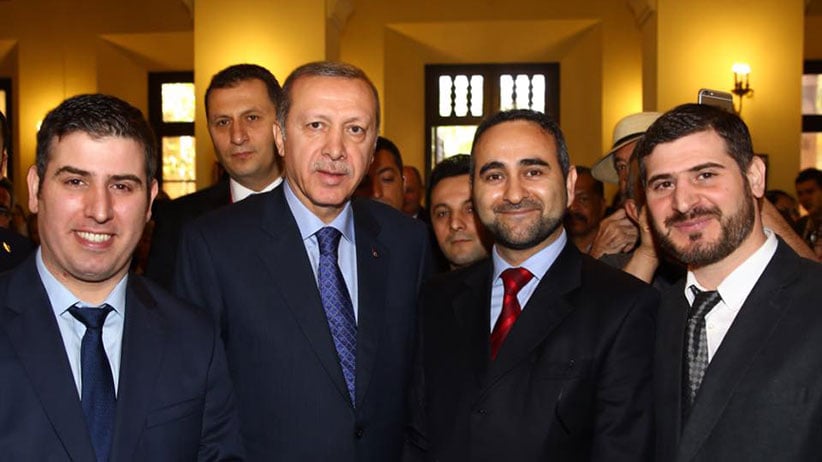 Two Toronto men who clashed violently with protesters during Turkish president Recep Tayyip Erdogan’s recent visit to the White House sought refugee status in Canada more than a decade ago, but were rejected.

Cousins Alpkenan and Ahmet Dereci travelled to Washington, D.C. from Toronto in May, according to the New York Times, when Erdogan met with U.S. President Donald Trump. Outside of the Turkish ambassador’s residence, Erdogan’s security forces attacked a group of demonstrators protesting the president’s policies, including his treatment of Kurds and Armenians. A number of civilian Erdogan supporters were involved in the clash, as well.

The U.S. Department of State condemned the actions of Turkish security personnel. “We are communicating our concern to the Turkish government in the strongest possible terms,” according to a statement. “Violence is never an appropriate response to free speech.” The local police chief described the confrontation as a “brutal attack on peaceful protestors.” Turkish officials, meanwhile, blamed local police for failing to tamp down an “unpermitted” and “provocative” protest.

Alpkenan and Ahmet live in Toronto, according to their Facebook profiles, which feature an identical photo of the pair posing with Erdogan. Ahmet’s profile lists him as the owner and operator of an electrical contractor with an office in North York. An employee who answered the phone on Friday said Ahmet would not be commenting, and that “he’s just not gonna return calls.”

According to court documents, Alpkenan and Ahmet made refugee claims in Canada roughly 15 years ago, and were initially rejected. They filed individual applications for judicial review in 2003 on nearly identical grounds, including that the Immigration and Refugee Board ignored and misconstrued evidence, and that it made errors in reviewing evidence stating Alpkenan and Ahmet suffer from post-traumatic stress disorder. The applications were dismissed in 2003. What actions the pair took afterward remained unclear, as was their current status in Canada.

The available court file for Alpkenan, which is more extensive than Ahmet’s, shows that after entering Canada in 2001, he claimed his life would be in danger if he returned to Turkey owing to his status as a practising Sunni Muslim and his membership in the pro-Islamic Virtue Party. In 2001, a Turkish court banned the Virtue Party, arguing it violated a law prohibiting religious activities that could undermine the secular government. The Justice and Development Party, which Erdogan now heads, later emerged from the defunct Virtue Party.

Alpkenan claimed that in 1998 he and two others (including a cousin, though it’s unclear if it was Ahmet) organized a demonstration to protest their university’s actions in violating their right to freedom of religion. University officials summoned the police, who arrested the trio and detained them for three days, beating and torturing them, according to Alpkenan. The police released them and warned if they organized any more demonstrations, it would be their last. Alpkenan also claimed police later visited him at his university dorm room, and threatened that the military would conscript him and would likely harm or kill him.

RELATED: When Trump meets Erdogan, who will blink first

Alpkenan left for the U.S. and obtained a student visa in 2000. When he learned the Virtue Party had been banned and that some of its members had been arrested, he claimed refugee status in Canada, concerned about what he saw as close ties between Turkey and the U.S. He also told immigration officials in Canada he was a conscientious objector to bearing arms and feared if he returned to Turkey, he would be sent to fight the Kurdistan Workers’ Party (PKK), which Turkey and the U.S. view as a terrorist organization. According to court documents, Alpkenan said he “refuses to engage in military exercises against the Kurds that may result in their death.”

The Immigration and Refugee Board was not convinced. “I find that there is insufficient credible and trustworthy evidence to establish that the claimant has a well-founded fear of persecution in Turkey for a convention ground,” wrote IRB panel member Brian Goodman in a decision. Nor was there sufficient proof to establish Alpkenan as a person in need of protection. Goodman concluded that “on a balance of probabilities, [Alpkenan] fabricated his evidence concerning his alleged participation in the demonstration and his alleged arrest … and subsequent detention, as well as the alleged police visit to his dorm.”

Alpkenan could not be reached for comment. But in an interview with Turkish state broadcaster TRT about the clash in Washington, he said he and his peers were the real victims of the attack.