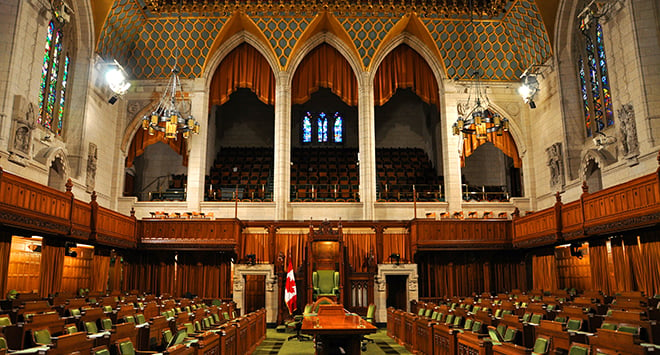 In advance of that motion for time allocation, the New Democrats pursued various moves to delay matters and attack the act—there was a motion to adjourn, followed by a slow vote, followed by a question of privilege concerning the translation services during the briefing for MPs on the Fair Elections Act and then Nathan Cullen got up on a point of order arguing that there is a discrepancy between the English and French texts of the bill.

Meanwhile, at the Procedure and House Affairs committee, NDP deputy leader David Christopherson moved the following motion on the eventual study of the Fair Elections Act.

That the Standing Committee on Procedure and House Affairs, upon receiving an order of reference from the House concerning C-23, amendment to the elections act, initiate a study on this legislation which will include the following:

– Hearing witnesses from, but not limited to, Elections Canada, Political Parties as defined under the Canada Elections Act, the Minister of State who introduced the bill, representatives of First nations, anti-poverty groups, groups representing persons with disabilities, groups representing youth advocates and students, as well as specific groups which have been active in society on elections rules, including Fair Vote Canada, SAMARA, Democracy Watch and the BC Civil Liberties Union,

– And that the Committee request to travel to all regions of Canada, (Atlantic Canada, Quebec, Ontario, Northern Ontario, the Prairies, British Columbia and the North), as well as downtown urban settings (such as the Downtown Eastside of Vancouver) and rural and remote settings, and that the committee request that this travel take place in March and April 2014,

The motion will presumably be dealt with at a subsequent meeting of the committee.