Promises in politics: Why do today what you can put off forever?

In the wake of the G7's plan for a decarbonized economy by 2100, Paul Wells examines the ancient art of political dithering 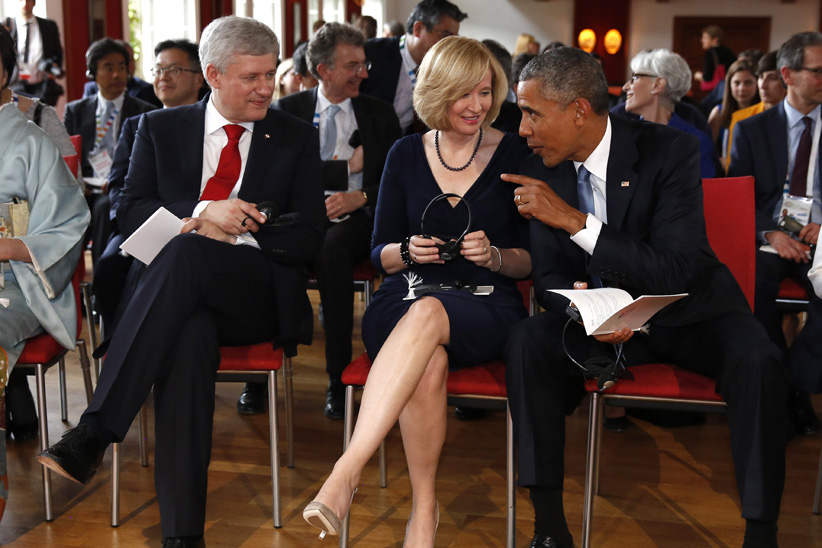 One wonders what the leaders of the G7 did after they announced, at the end of their 2015 summit at Schloss Elmau in Germany, “a decarbonization of the global economy over the course of this century.” This was widely interpreted, apparently with the hearty approval of the summit’s organizers, as a pledge by the West’s most powerful leaders to end internal combustion as a source of energy by the year 2100.

That’s a big promise. Did they convene crisis meetings of their top advisers? “The clock is ticking, ladies and gentlemen! We only have 85 years to end the fuel-burning economy! Get me experts! Get me reports!” Or had they forgotten by Tuesday what they promised on Monday?

One suspects the latter is closer to the truth. The leaders, including Canada’s Prime Minister Stephen Harper, flew to Germany and drove in motorcades to the summit venue, a mountain resort hotel. But flights and motorcades depend on burning fossil fuels, which are primarily carbon, and the leaders had now sworn that their distant successors will no longer burn fuel to get places. Perhaps they will teleport or float in balloons. “We simply have to find a way to create lower carbon-emitting sources of energy,” Harper said, getting into the spirit of things.

I feel churlish reminding everyone that when it comes to decarbonization, the Prime Minister has had mixed success doing the things he “simply has” to do. Having missed targets for carbon emissions for 2012, and ensured he’ll miss further targets for 2020, he has lately suggested new and—what’s the word? Ambitious? Delusional?—targets for 2030. He has been Prime Minister for nearly a decade; if this is the sort of thing he “simply has” to do, it’s the sort of thing he really should already have done.

If it’s any consolation, the further the Prime Minister pushes his plans back in time, the more company he has. U.S. President Barack Obama, whose tenure at the White House is required, under his country’s constitution, to end at the beginning of 2017, recently cut a deal with the Chinese for deep emissions reductions by 2025, in the U.S. case, or by “around 2030,” in China’s. Obama is really constraining his successor, who will, in theory, have to meet the 2025 target Obama set by the end of two mandates in the Oval Office. Angela Merkel, the Schloss Elmau summit host, had hoped her colleagues would pledge an end to fuel by 2050, when she will be 95 years old. Some of them found her timetable a bit hectic and asked if she could wait until she’s 145. Turns out that won’t be a problem.

Related: What happens if we took Stephen Harper seriously on climate change?

I’m less interested in the wisdom of ending internal combustion than in what I could swear is the increasingly frequent phenomenon of long-timeline political promises. Sometimes the G7 itself is the venue for such things. In 2005 at Gleneagles in Scotland, leaders promised to devote 0.7 per cent of GDP to foreign aid by 2015. Well, most of them did. Paul Martin was Canada’s prime minister then and he didn’t like the whole idea. “The problem is that too many leaders have committed to things that are a decade away, knowing that they may not be around when the time comes to fulfill that commitment,” Martin said, showing several different varieties of prescience. Of the countries represented at Gleneagles, only the United Kingdom hit the 0.7 per cent target on time. I’m sure Jacques Chirac and George W. Bush feel just awful about it.

The great thing about a very long timeline is that it eliminates accountability. In 1963 Lester Pearson’s Liberals defeated the dithering John Diefenbaker by promising “60 days of decision.” On the 60th day, Pearson’s finance minister submitted his resignation letter. Pearson decided not to accept it. Not quite the kind of decision he’d had in mind. Why make a promise when it’ll just give the voters a chance to check your homework? Better to lob the deadline over the next hill. Joe Oliver’s 2015 budget promises money for public transit, starting in 2017; university labs, beginning in 2017; and the military, beginning—well, guess.

Tom Mulcair is a quick study on this sort of thing. The other day he promised $5 billion over 20 years for transit improvements in and around Vancouver. That’s kind of like promising $250 million a year, but it sounds better.

I’ve learned, from the high school student in my house, that a promise to study tomorrow has less value than a nose in a book today. That’s why such a promise is so easy to make. A plan for 2100 is the closest thing to no plan at all. What promise would the Western powers, mired in the First World War, have made for 2000? Why would anyone at the end of those 85 years have paid any attention to commitments made at the beginning? Sometimes high-mindedness and cynicism are hard to tell apart.