A conversation with Marshall Ganz, the professor and organizer who helped build Barack Obama's successful campaign for the presidency 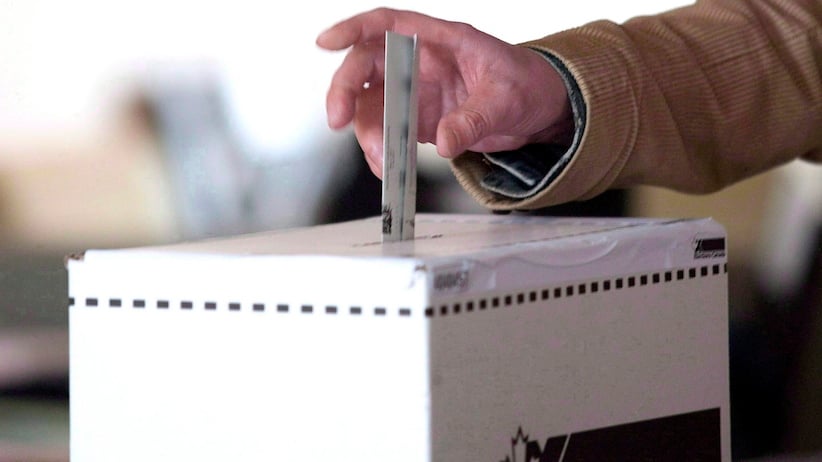 Marshall Ganz is a professor at Harvard’s John F. Kennedy School of Government and a famous organizer whose ideas and theories helped build Barack Obama’s campaign organization in 2008. I spoke with him for this piece about one of his former students, Jennifer Hollett, who is now the NDP candidate in University–Rosedale, and here is more of what he had to say about how organizing is done.

Q: Did the snowflake originate with work you were doing with the Sierra Club or does it go all the way back to California?

A. What people call the snowflake approach is part of a whole organizing framework, a way of organizing that involves building relationships and narrative and strategy and action, and the snowflake piece is a structural piece. If you’re going to do an organizing campaign, you have to create a relational foundation of the people with whom you’re working, you have to develop a narrative of why you’re doing it, you have to develop a strategy of how to do it, you need to develop an action program and then you have to structure what it is you’re doing. And structure can be a tricky issue, especially in social movements, because people tend to think of structure as oppressive or constraining or bureaucratic. And certainly my generation had that issue. And so the result is a kind of bias toward chaos.

There’s a classic article by feminist sociologist Jo Freeman called the Tyranny of Structureless. She wrote it in 1972 and it could be a descriptive today of movements like Occupy and so forth, where she describes the fact that anytime people associate, they’re going to structure themselves. It’s either going to be visible—intentional and on the books so that you can exercise accountability and clarity—or it’s going to be off the books, in which case it will be described as faction and nobody knows what’s going on and nobody can decide what to do.

[The snowflake] is an effort to create an effective organizational structure that’s more collaborative in its foundation than it is authoritarian. The old one-person-tells-everybody-else-what-to-do model actually doesn’t work very well. And the overreaction to it is what I was describing. So this is an effort to build on what we know about teams and how teams work and also, just from looking at how social movements in particular have grown and developed, because they achieve scale, but it’s much more through a collaborative, more decentralized way of doing things than it is through a traditional command-and-control structure.

The first time we really articulated this was the result of a collaboration between me and a woman named Ruth Wageman, who is a social psychologist. We were both students of Richard Hackman, one of the great scholars of teams, who taught here at Harvard in the social psych department for years. He sort of knew all there was to know about teams and how teams work. And his initial research was actually on cabin crews, why planes crash, listening to a lot of black boxes and what went wrong on these teams.

It was in the context of the Sierra Club that we did our first experimentation with this. Let’s do this leadership development work, the training that we’re doing, all based on a team model, rather than an individual model. And it was pretty promising. And at that moment, along came the Obama campaign. And so that was a way to try it on a much larger scale, and we began doing these Camp Obamas, which were two-and-a-half-day training sessions to launch the volunteer foundation of the Obama campaign. And traditional training of that kind would be: People would come, they’d get instruction on how to mark a voter list, on how to do talking points and then go off into the wilderness. We used them to launch leadership teams, and we designed it in this way where there would be the core leadership team and then each team member would develop their own team, and that’s where we get the snowflake. The first place we actually did this was in California, and it really kind of took off. It seems to hit a sweet spot in a way that was much more accountable and motivational.

Q: When you were organizing farmers in California in the 1960s, were there any similarities to that?

A. The similarity was that we were very committed to building leadership from the bottom up. It was all about leadership development. Our basic unit were what we called committees. So if we were working with a crew of workers, we organized a committee, not just one person. We didn’t understand the theory of it; it seemed to be what worked.

I did the grape boycott in Toronto. I was sent up to Toronto to do the boycott from 1968 to 1970 and again from 1973 to 1975, and we discovered that what we needed was a Scarborough boycott committee, we needed a North York boycott committee, we need an Etobicoke committee, we needed an Ottawa committee, a Sarnia committee—it was just kind of what worked. Often there would be particular individuals who would spark this thing, but unless it assumed a committee or a collaborative structure, it wouldn’t last very long and it wouldn’t have much reach. If you understand leadership and organizing, it’s all about leadership development, because the way you build the movement is through recruiting and developing leadership, people who then take responsibility for developing more leadership, and that’s how a constituency gets organized. In a way, this has been a way of formalizing and perhaps theorizing a little more clearly why that kind of structure is so important for achieving scale and building a movement.

A. If you think of it as why are we doing what we’re doing, how do we do it and how do we structure ourselves to do it? Story, strategy, structure. The story part is about the why of a campaign or a movement. And that question is on multiple levels. I mean, there’s the question of “Why am I doing this?” These volunteer efforts, where people aren’t getting hired to make a lot of money, why they’re doing it really matters. And it matters a whole lot to other people. It also matters to clarify for themselves. But at the same time, at a group level, we need to be clear about why we’re doing it. What are the values at stake here? Why do we care so much about this? Why are we committed to it? And the same thing goes at a campaign-wide level: What is this all about? Not just like policy A, B, C, but what are the values, what’s the underlying mission here?

Narrative is a discursive form that we’ve developed, as a species really, to answer that question of when confronted with challenge, how do I find the emotional or moral resources to deal with it? I mean, that’s what happens in a plot. So what we’re doing is saying, “Okay, let’s now harness that to the work of leadership and to the work of building a movement or building a campaign.” And narrative is the most powerful mechanism we have for doing that because people identify with a protagonist, and in that way they’re able to experience the emotional content, not simply the propositions of it. And if you’re going to do real work that’s values-based, it’s going to be emotional in content because emotions are valuable in content.

When people came to that first Camp Obama, they would come saying they expected to learn to tell Obama’s story. We said, “No, no, no, you’re going to learn to tell your own story. Because that’s what going to connect to other people whose stories you need to learn to engage together in this campaign. They can watch Obama on TV. But what makes you effective is your capacity to communicate your own motivation to others. And that’s what learning to tell your own story about why you care about this enables you to do.” It breaks down into three parts, a story of self, a story of us and a story of now. And the story of self part is learning to share stories about why you’ve been called to this campaign. Some of them are early-life stories. You know, “Why do I care about violence against women?” Well, maybe there are some damn good reasons why I care about it. The story of us is the experiences we share as a community that come alive for us, whether it was 9/11 or those kinds of communal events, the day we all got together when the flood came. And the story of now is what’s the challenge we face right now and what’s the choice we have to make right now in order to grasp the hope that we need to act on facing that challenge.