Quebec Votes: Depends what you mean by 'Quebec' 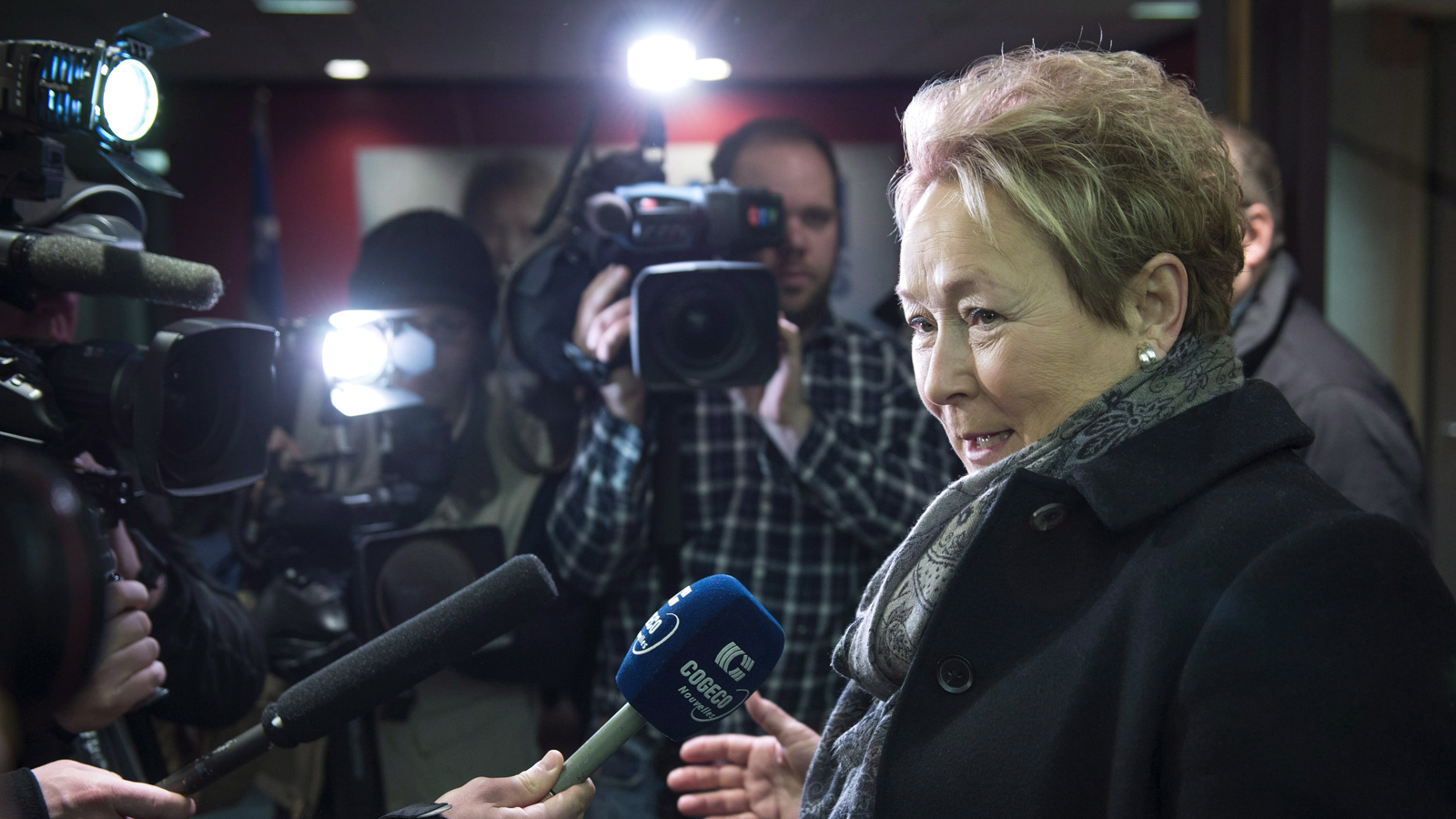 One way to consider the scope of the Parti Québécois’s reaction to news that large numbers of anglophone and allophone voter registration attempts are being rejected is to count how many of the party’s personalities have reacted. Pauline Marois commented in her daily campaign scrum. Pierre Duchesne, the minister of higher education, and Bernard Drainville, the guy with the Charter of Values, fretted on Twitter. Léo Bureau-Blouin, the former student protester turned PQ MNA, gave a news conference with Families Minister Nicole Léger and Justice Minister Bertrand St. Arnaud; at least two of them said they were afraid the election will be “stolen” by fraudulent voters. And Jean-François Lisée, the bard of the entire movement, wrote a blog post explaining why “we have reasons to be worried. Very good reasons.”

So that’s seven candidates, six of them ministers in the former government’s cabinet, and since that’s just the Péquistes I pay attention to, the real number must be far higher. Plainly the PQ views this as a crisis comparable to the Night of the Long Knives. Which is odd because the DGE, the office that runs Quebec’s elections, told Le Devoir yesterday that “this is not about any strategy of registering ineligible voters. ‘We don’t think there is any organization,’ he told Le Devoir.” It is, rather, what it looks like: “people — often anglophone students — who discover a sudden interest in Quebec politics.” As if a billionaire media baron had announced his intention to help the separatist movement, or the government had introduced a bill banning religious headgear in the civil service, or something.

Lisée’s blog post, as always, is required reading. His facts seem accurate to me, and suggest that if the federalist political parties in Quebec have credibility problems, it’s often been their fault. But what is the relevance of the infractions and police investigations Lisée lists to the story at hand? What Lisée seems concretely to be suggesting is that the Quebec Liberals are using mob money to finance a system of payoffs to McGill students to steal this election. And he’s doing it a day after the province’s elections office said there is no evidence of any organization.

So if you’re a McGill student who hasn’t been receiving secret cash payments from mobbed-up Quebec Liberal Party reps, you are free to note that the PQ’s minister for relations with the anglophone community believes himself justified in doubting you.

The controversy over voter registration in Quebec contains an irreducible quantum of genuine disagreement: the vote is available to any Canadian citizen “domiciled” in Quebec for a sufficient amount of time. And this has long been interpreted — since before I was voting in Quebec in the early and mid-90s — as meaning not only that you’ve had Quebec as your place of ordinary residence for a sufficient amount of time, but that you intend to stay. How can a returning officer read the honesty of your “intention” to stay? That’s the problem. It will always be a judgment call. When a lot of students, as well as any number of other Canadians residing in Quebec who have not established long records as voters, decide they want to vote this time, there will be inevitable tension.

And it’s possible to imagine scenarios that would roughly mirror the one the PQ insists, in the face of the available evidence, on conjuring in its most prominent members’ fevered imaginations. What if the difference between a Liberal and Conservative victory in an Ontario election was made by transfer students from the University of Calgary who planned to go right back home as soon as Tim Hudak was safely ensconced in the premier’s office? What if students from Quebec elected a Newfoundland government that would sign a second Churchill Falls Agreement, then went back home to benefit from it?

But here I am twisting the facts in an attempt to be fair. My theories imagine a massive fifth column that would move from one province to another for the unique purpose of upsetting that province’s politics. Whereas what has obviously happened here is that some students came to Quebec because they were excited about being educated in Quebec, and while here, they are eager to vote in an historic election. Some will be eligible. Others won’t. There will be dispute about how many in both cases. That’s all. And of course, some number of the people signing up to vote and running into residency requirements are not even students, and not even from outside Quebec.

None of this explains the PQ’s weekend-long all-hands-on-deck in defiance of the public statements of the public agency charged with ensuring the integrity of the province’s elections. It continues the Marois-Lisée party’s ironclad record of being most fascinated by what divides Quebecers or what can be seen as a threat to the interests of right-thinking francophone Quebecers. So there’s the Charter, which seeks to ban religious garb in the public service. There’s the astonishing story of the party’s candidate Louise Mailloux, who still has not removed a blog post suggesting Israel’s policy in the West Bank is financed by levies on kosher food in Quebec. There’s Lisée’s 2012 comment that Quebec should prefer an immigrant from Bordeaux to one from Shanghai who speaks French, because the one from Bordeaux will speak French at home. It’s what led Duchesne — the minister for universities! — to wonder “what the Quebec nation has to gain” from McGill University.

This election is turning into a referendum, not on Quebec’s constitutional status, but on its mindset. Is the world basically a threat to Quebec, or is it basically not a threat to Quebec? The Marois-Lisée PQ is the party of the siege mentality. Increasingly it is proud of that identity. Fair enough.