By Alan Fram And Ricardo Alonso-Zaldivar, The Associated Press March 6, 2017 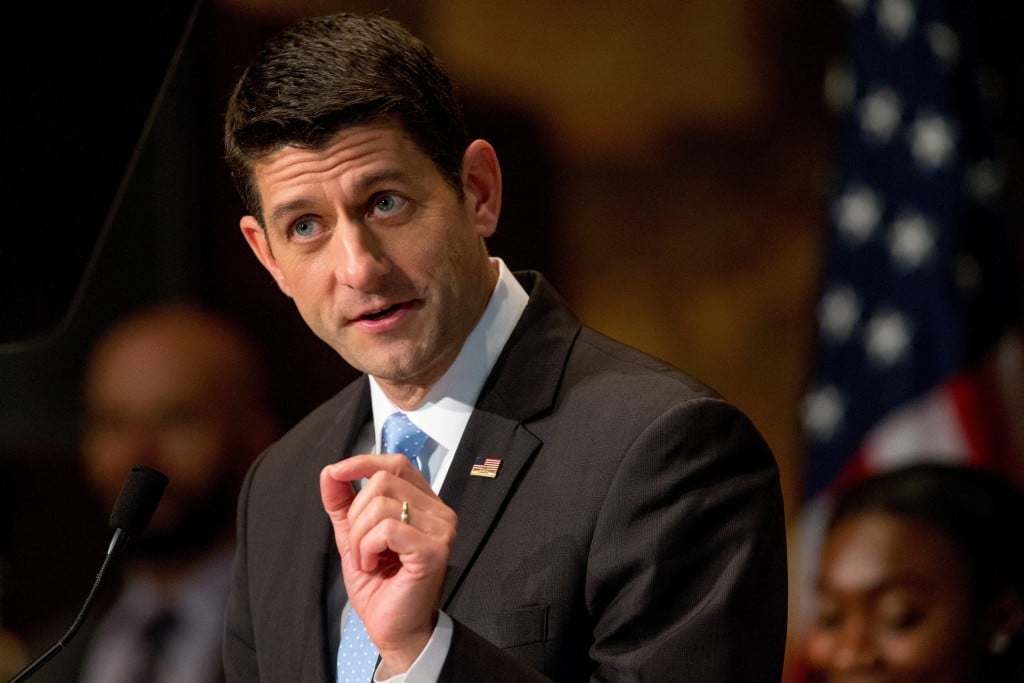 House committees planned to begin voting on the 123-page legislation Wednesday, launching what could be the year’s defining battle in Congress and capping a seven-year Republican effort to repeal the 2010 law. Though GOP leaders expect their measure to win the backing of the Trump administration, divisions remain and GOP success is by no means ensured.

The plan would repeal the statute’s unpopular fines on people who don’t carry health insurance. It would replace income-based subsidies the law provides to help millions of Americans pay premiums with age-based tax credits that may be less generous to people with low incomes. Those payments would phase out for higher-earning people.

The bill would continue Obama’s expansion of Medicaid to additional low-earning Americans until 2020. After that, states adding Medicaid recipients would no longer receive the additional federal funds the statute has provided.

More significantly, Republicans would overhaul the federal-state Medicaid program, changing its open-ended federal financing to a limit based on enrolment and costs in each state.

In perhaps their riskiest political gamble, the plan is expected to cover fewer than the 20 million people insured under Obama’s overhaul, including many residents of states carried by President Donald Trump in November’s election.

Republicans said they don’t have official estimates on those figures yet. But aides from both parties and nonpartisan analysts have said they expect coverage numbers to be lower.

House Speaker Paul Ryan, R-Wis., said the bill would “drive down costs, encourage competition, and give every American access to quality, affordable health insurance.” He added, “This unified Republican government will deliver relief and peace of mind to the millions of Americans suffering under Obamacare.”

But besides solid opposition from Democrats, there were signals galore that Republican leaders faced problems within their own party, including from conservatives complaining that the measure isn’t aggressive enough in repealing parts of Obama’s law.

“It still looks like Obamacare-lite to me,” said Sen. Rand Paul, R-Ky., among three Senate conservatives who have criticized the emerging GOP bill. “It’s going to have to be better.”

The Republican tax credits – ranging from $2,000 to $14,000 for families – would be refundable, meaning even people with no tax liability would receive the payments. Conservatives have objected that that feature creates a new entitlement program the government cannot afford.

Senate Finance Committee Chairman Orrin Hatch, R-Utah, wouldn’t rule out changes in the measure by his chamber, where significant numbers of moderate Republicans have expressed concerns that the measure could leave too many voters without coverage.

“The House has the right to come up with what it wants to and present it to the Senate by passing it. And we have a right to look it over and see if we like it or don’t,” Hatch told reporters.

They complained that an earlier, similar draft of the measure “does not provide stability and certainty for individuals and families in Medicaid expansion programs or the necessary flexibility for states.” Signing the letter were Sens. Rob Portman of Ohio, Shelley Moore Capito of West Virginia, Cory Gardner of Colorado and Lisa Murkowski of Alaska.

Thirty-one states and the District of Columbia opted to expand Medicaid coverage under the law and accept beefed-up federal spending for the program. Around half those states have GOP governors, who are largely reluctant to see that spending curtailed.

RELATED: Why Donald Trump wants to ‘rebuild’ the military

In another feature that could alienate moderate Republicans, the measure would block for one year federal payments to Planned Parenthood, the women’s health organization long opposed by many in the party because it provides abortions. It also forbids people receiving tax credits to help pay premiums to buy coverage under a plan that provides abortions.

Republicans said they’d not yet received official cost estimates on the overall bill from the nonpartisan Congressional Budget Office. That office’s projections on the bill’s price tag and the number of people the measure would cover could be key in winning over recalcitrant Republicans, or making them even harder to win over.

A series of tax increases on higher-earning people, the insurance industry and others used to finance the Obama overhaul’s coverage expansion would be repealed as of 2018.

In a last-minute change to satisfy conservative lawmakers, business and unions, Republicans dropped a plan pushed by Ryan to impose a first-ever tax on the most generous employer-provided health plans.

Popular consumer protections in the Obama law would be retained, such as insurance safeguards for people with pre-existing medical problems, and parents’ ability to keep young adult children on their insurance until age 26.