Canadians will return the Conservatives to power in Ottawa if the party selects a principled leader who offers sensible policies, Raitt told a news conference in the national capital.

On the other hand, confirmed leadership candidate Kellie Leitch and possible contender Kevin O’Leary promise divisive and negative political agendas that would only serve to divide Conservatives and scare away potential converts, she warned.

“If principled and pragmatic Conservatives don’t join together, we will see our party hijacked by the loudest (voices) in the room, who are really just aiming to boost their own profile,” Raitt said.

Calling O’Leary “a TV entertainer with no filter,” Raitt launched a website, StopKevinOLeary.com, to highlight her concerns about both O’Leary and Leitch, who she derided for embracing U.S. president-elect Donald Trump’s anti-immigrant message.

O’Leary — a brash businessman known for his past role on CBC’s “Dragon’s Den” and current turn on the U.S. version, “Shark Tank” — hasn’t yet officially entered the race but has launched a committee to explore the possibility.

Leitch appeared Tuesday on the Fox Business Network, where she echoed the controversial U.S. president-elect by reiterating a promise to screen newcomers to Canada for “Canadian values.”

Leitch also described how she believes Canadian workers are being left behind by “elites” and Canada’s “left-wing media,” both of which want more open borders simply to “feather their own caps.”

And she agreed with “After the Bell” host David Asman’s critique of Canada’s “socialized” medicare system as a less-than-ideal method of delivering care. 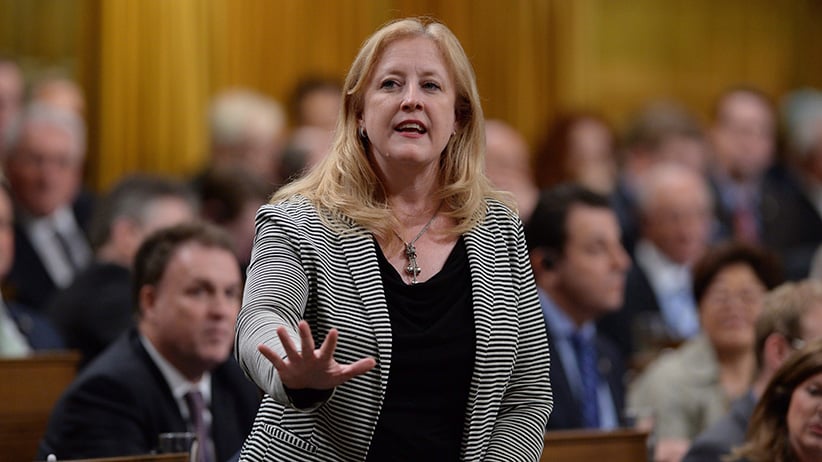 Raitt’s announcement Wednesday appeared to prompt another of her rivals, presumed front-runner Maxime Bernier, to take a different approach to O’Leary’s possible candidacy.

“Unlike other leadership contestants, I welcome more competition, and I am not scared of (Kevin O’Leary),” Bernier said on Twitter.

“We welcome candidates from all scopes of the Canadian sphere, and I believe the leader at the end will be just more legitimate because we have more candidates,” Blaney told a news conference in Montreal.

There are currently 13 candidates in the running to lead the party that former prime minister Stephen Harper steered through nearly a decade in power. Winnipeg doctor Daniel Lindsay bowed out of the race last week.

One of them, former House of Commons speaker Andrew Scheer, has called on O’Leary to declare his intentions, suggesting the entrepreneur and TV celebrity is trying to avoid a French-only debate scheduled for Jan. 17.

O’Leary doesn’t speak French, but insists he doesn’t need to in order to communicate with Quebecers.

“(O’Leary) told our soldiers and veterans there is ‘nothing proud about being a warrior,”‘ she noted. “(He) thinks 3.5 billion people in poverty is fantastic news. (He) said that if he were prime minister for 15 minutes he would make unions illegal.”

The deadline to register for the Conservative leadership race is Feb. 24, with the winner to be chosen May 27.