Rob Ford not in SUV when it was pulled over, says police source 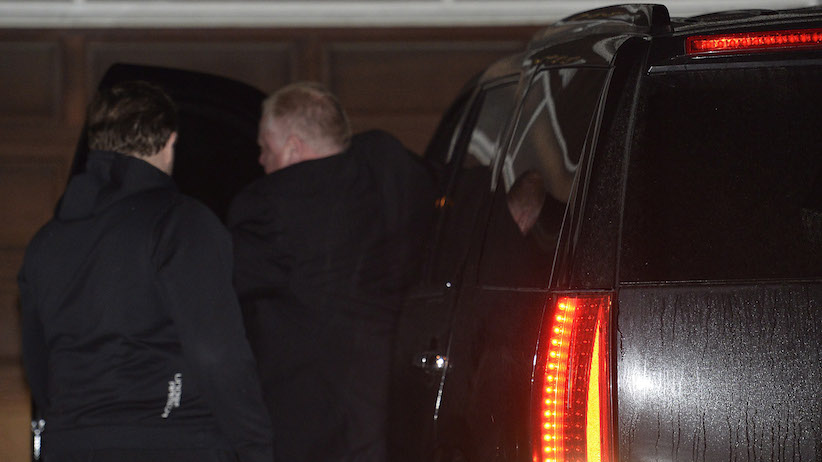 Toronto mayor Rob Ford, right, gets out of his SUV as he arrives at his home in Toronto on May 1, 2014. (Nathan Denette/CP)

The mayor was not in the vehicle when it was impounded around 2:30 p.m. on Tuesday.

Ford’s lawyer Dennis Morris said in a phone interview that he couldn’t confirm whether it was the mayor’s SUV that was impounded.

The OPP in Bracebridge charged Lee Anne McRobb of Muskoka Lakes Township with impaired driving and driving over the legal limit.

McRobb, 36, was stopped at Muskoka District Road 169 at Butterfly Road, which is a few minutes away from Greenstone Residential Addiction Treatment Centre in Bala.

She is scheduled to appear in court on June 17.