Rona Ambrose's mission to give us more Canadian beer

Canadian MPs get a pretty lengthy summer break and while most spend it in their constituencies, Rona Ambrose has found a way to spend hers like most vacationing Canucks: with a beer in hand. The interim Conservative leader has been spotted clutching a brewski everywhere from Stack Brewing in Sudbury to Walkerville Brewery in Windsor. Why is Ambrose all up in the suds this summer? Chatelaine gave her a call to find out.

Your social media feeds have been packed with photos of you hanging out at Canadian craft breweries this summer. What’s that all about?

We have this campaign we’re running called Free the Beer, which has a fun side and a serious side. The fun side is [the Conservative party] is promoting craft breweries, which have become really trendy for good reason. These are people in our own communities who have decided to invest their own money, start their own craft brewery and make great home-grown brew in their neighbourhoods. Now the serious side is these are small business owners who, because of outdated trade laws, can’t actually sell their product to other Canadians across the country; they can only sell in their own province.

Right. It’s about free trade and it’s about consumer’s choice; it’s about jobs and it’s about small businesses. That’s the serious side. But we thought we’d try to make it fun to just highlight the ridiculousness of these trade barriers, so we started Free the Beer. We even created some swag. 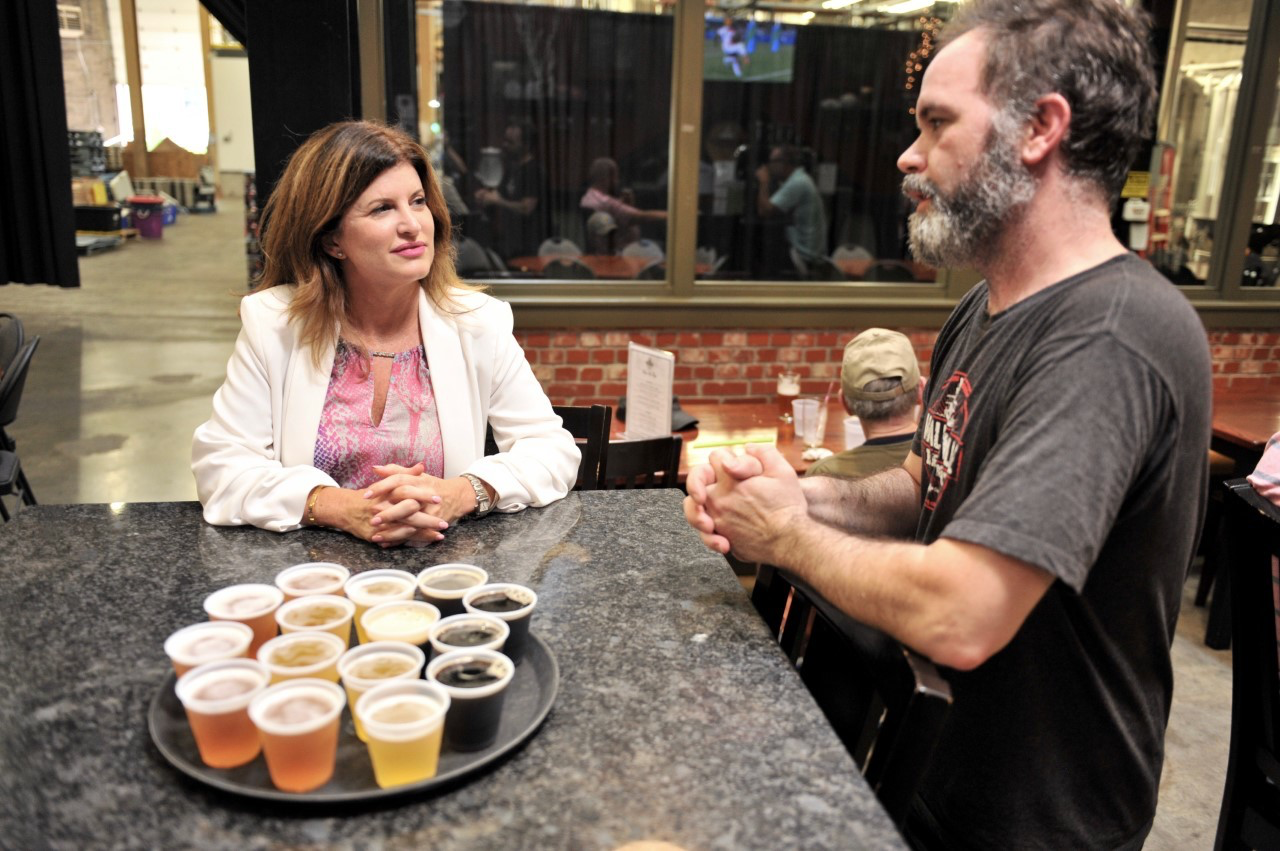 Rona Ambrose visits an Ontario brewery as part of the Free the Beer campaign. (Photograph by Brad Davey)

Are you a beer drinker yourself?

Well, I enjoy tasting it. But I’m not a drinker, period. With my schedule, I don’t really have time.

But if we went to a bar, what would you order?

I typically have a martini. But while I’d never actually order a beer, these craft breweries have all these cool flavours. We went to one in Erieau, Ont. called Bayside Brewing Co. and they make this Wild Cherry Lager. I could have drank that all afternoon.

So you’d go for a radler, that German-style beer cut with grapefruit juice?

Yes! I think I’m a girly beer drinker — I like the fruity ones. And the radler has lower alcohol.

And how’s your beer-pong game?

Are you kidding me? My beer pong game is AMAZING. We had a huge beer-pong tournament at Stornoway [in May] for the university campus clubs, and they were all in their little suits and stuff. We were like, “Take off your ties! Relax!” We set up this huge beer-pong table in the kitchen and there must have been 60 people shoved in there. I kicked BUTT. I crushed them, those poor kids. They were like, “How are you so good at beer pong?”

How are you so good at beer pong?

I said to them, “Here’s the big secret: Don’t drink the beer.”