Over 15,000 people were on hand at Safeco Field Friday 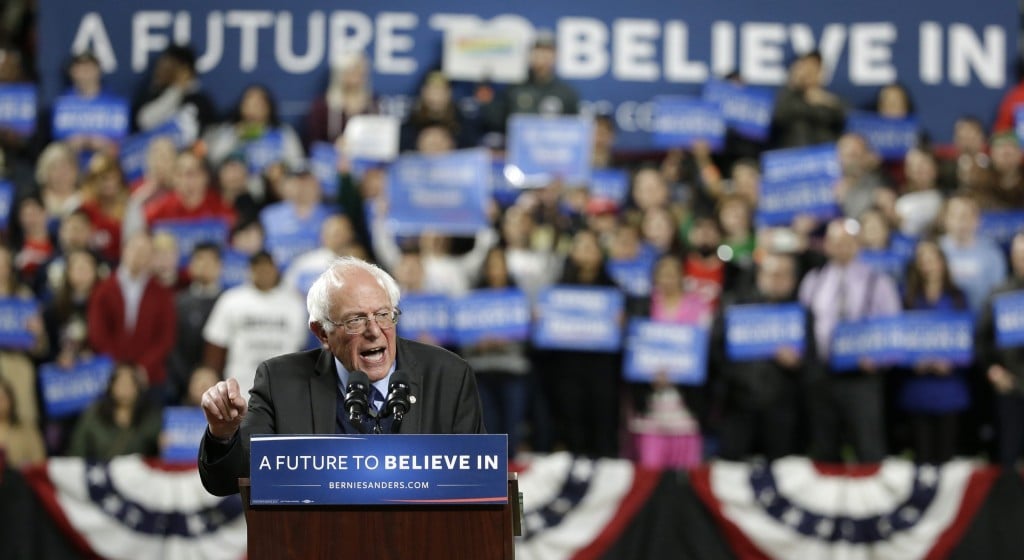 SEATTLE – Over 15,000 people streamed into a Seattle sports stadium Friday to hear Bernie Sanders speak at the presidential candidate’s second large rally here in less than a week as he tries to energize voters before Washington’s Democratic caucuses.

Sanders’ brand of Democratic socialism may take some explaining in some parts of the United States, but not in Seattle, where people lined up for hours before doors opened to Safeco Field.

This city elected a socialist, Kshama Sawant, to the City Council in 2013 and was among the first to phase in a $15 hourly minimum wage, mandate sick leave for most companies and offer paid parental leave for city workers – issues that mirror Sanders’ platform.

Gurdev Singh, 58, of Seattle, said he supports the Vermont senator because “Bernie is a person who is uniting America, not dividing it.”

Singh, who owns several gas stations and a Subway restaurant, was part of a group holding a sign that said “Sikhs for Bernie” outside the stadium where the Seattle Mariners play.

Nic Sotelo, 22, said he backed Republican Mitt Romney four years ago and is not a Sanders supporter. But he came to the event to check things out.

“There’s a lot of electricity around Bernie Sanders and with a lot of people my age,” he said. “It’s fascinating.”

Seattle is among the top cities that have donated to Sanders’ campaign, and twice as many Seattle individual donors have given to Sanders than to Democratic front-runner Hillary Clinton, according to federal campaign data through the end of February.

Sanders has drawn big crowds in liberal cities like Seattle nationally. Earlier Friday night, he got a rousing welcome in Portland, where more than 10,000 attended a rally there.

In Washington, Saturday’s nominating contest is expected to draw tens of thousands of voters who will ultimately determine how 101 of the state’s Democratic delegates will be awarded.

So far Sanders has performed better in states with caucuses, which tend to have larger populations of liberal whites, than primaries.

“The fact that his supporters are more energized is a huge factor,” said Geoffrey Skelley, a political analyst at the University of Virginia Center for Politics. “The real problem is the math.”

Clinton has a comfortable lead over Sanders in the delegate count. Based on primaries and caucuses to date, the former secretary of state leads Sanders 1,223 to 920.

During a Tuesday campaign stop in Everett, about 30 miles north of Seattle, Clinton noted she has received 2.6 million more votes than Sanders and more votes than anyone else, including Republican front-runner Donald Trump.

“The senator has made clear that we’re taking this all the way to the convention in July,” Sanders’ Washington state director Dulce Saenz said. “We have an uphill battle.”

Most of the state’s Democratic leadership has endorsed Clinton, including Gov. Jay Inslee and Sens. Patty Murray and Maria Cantwell. But Sanders has raised more in individual contributions from this state than any other presidential candidate.

“Nobody is very surprised that Bernie Sanders has so much support because the city elected a much more radical socialist a few years ago,” said James Gregory, a history professor at the University of Washington. He noted the city’s last seven mayors have been progressive.

At the Friday rally at Safeco Field, Allisha Scott, 24 and Mariah Billiot, 23, said they didn’t vote in the last presidential election, but Sanders’ support for free college education and other issues had drawn their interest.

“I’d rather the 1 per cent not get the tax breaks,” Scott said.