Scalia's death looms over US election

A battle is brewing over the nation's top court 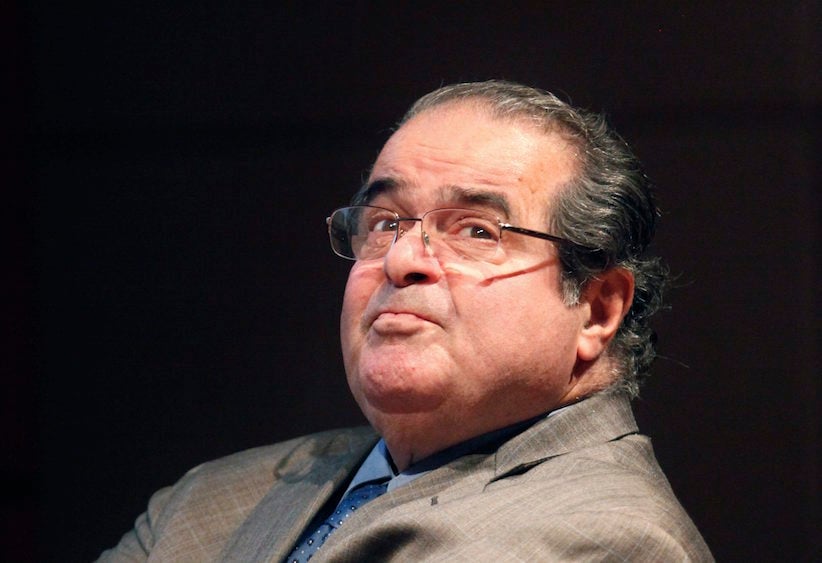 CHARLESTON, S.C. – The spirit of the late Supreme Court justice Antonin Scalia is hovering over the U.S. presidential election trail – in different ways and different places.

Radio ads in primary states mention his name. Republican rallies observe moments of silence for him. The country’s political parties are preparing an epic showdown over his replacement.

Republicans in Congress announced Tuesday that they would not confirm, vote on, or even meet any nominee put forward by the current president, with the all-important balance of the Supreme Court of the United States at stake.

”This vacancy should not be filled by this lame-duck president,” said Sen. Mitch McConnell, the top Senate Republican. ”The nomination should be made by the president the people elect in the election that’s underway right now.”

He said it had been 130 years since a president nominated a justice in an election year and had it approved by a Congress controlled by the other party.

The current stakes could not be higher.

On the campaign trail, Ted Cruz reminded his conservative audiences that cases dear to them were won in 5-4 votes that could easily go the other way now: on gun rights, religious monuments in public places and on certain abortion restrictions.

It’s a message promoted in radio ads by different campaigns, including Cruz’s super-PAC. Cruz wants to reframe the Republican nomination race as a battle over who’s likeliest to appoint a conservative judge.

He argues he’s best-qualified for that role, because he’s argued nine cases before the Supreme Court – including landmark religious-monument and gun-rights cases – and because he never bends on right-wing principles.

He demonstrated his knowledge of the court by rattling off the top of his head the names of judges who’d disappointed conservatives after being appointed by Republicans: Earl Warren, William Brennan, John Paul Stevens, David Souter and Harry Blackmun – who wrote the Roe vs. Wade abortion decision.

”Justice Scalia was a lion of the law. He was someone I was blessed to know for 20 years. He was brilliant, he was principled,” Cruz told a rally in Charleston.

”Scalia’s passing leaves a huge vacuum. … I give you my solemn word: As president, every justice I put on the Supreme Court will be a principled constitutionalist who will be faithful and will protect the Bill of Rights for our children and our children’s children.”

Outside the rally, his fans expressed doubts about the Republican frontrunner.

Donald Trump used to be pro-abortion, pro-universal health care, donated to Democrats and has suggested his sister Maryanne would make a great justice despite her lower-court rulings that infuriated conservatives.

”She’s the one that struck down the partial-birth abortion – where they kill babies right there. It’s not abortion – it’s murder.“

Lombard said Scalia’s death had focused conservatives on the fact that nearly half the court could be replaced by the next president, given the number of elderly justices: “It was already important. … It’s our future. It’s where our future is going to be decided.”

He and other Cruz fans called the court their No. 1 priority.

Asked in exit polls who’d be best to handle Supreme Court nominations, voters gave Trump and Cruz equal marks. But Trump absolutely crushed the rest of the field in another, apparently more powerful subset: those who wanted to deport illegal immigrants and bar Muslims from visiting the U.S., which both had clear majority support.

At a Trump rally, a fan agreed the next justice matters. But he didn’t raise it until prompted. He did raise immigration – which was his top issue.

“Immigration is the No. 1 issue. Existential, I’d even say,” said Scott Barry.