Scott Reid's confession, and the dream of honesty in politics

Marie-Danielle Smith: The Tory MP is sorry he lied to me—and to Parliament. Let's not waste his moment of truth. 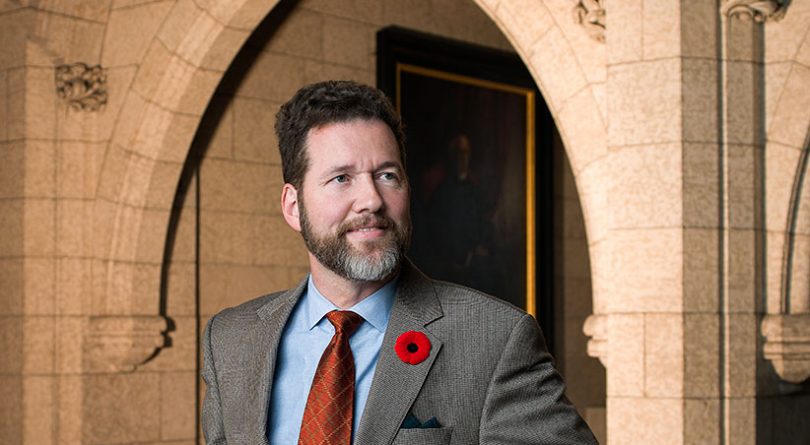 Politicians aren’t primarily in the business of truth-telling. Reporters fully expect partisans to lie to us, sometimes, in service to their cause, their leader or the preservation of their own political asses.

Conservative MP Scott Reid recently admitted publicly that he lied to me two years ago. It’s not really surprising, though it is a little disappointing.

More surprising is how far Reid is willing to go to execute this belated mea culpa, which is perhaps a sign of his willingness to martyr himself for the sake of our very democracy. That’s the generous interpretation. Not only is he coming clean to the public in an essay shared on social media; he is bothering to apologize to me personally, and says he intends to apologize to the entire House of Commons.

RELATED: Why the Liberals can’t get any political buzz out of legal weed

But it’s a sign of something else, too. If this Tory backbencher is serious in his desire to reset himself and his party on a path to honest dealing with voters, he’s showing what a wrenching process that will be. Unpacking the layers of spin, half-truths and outright lies our elected officials have unloaded upon us with hardly a second thought—for the sake of caucus unity, or damage control, or cynical self-interest—proved harder this week than Reid may have anticipated. Is it too much to hope anyone will follow his lead?

Here’s the back story: in January 2018, Reid, one of the Conservative Party’s most effective critics, was suddenly demoted from his position as the shadow minister of democratic reform. It was around dinner time, and the Conservatives had put out a press release announcing the shift in Reid’s caucus responsibilities.

No scuttlebutt had come to the attention of the National Post bureau (where I was working at the time) about Reid’s personal conduct—and indeed the resignation proved entirely unrelated to #metoo. But the accountability era had begun in earnest and some politicians were losing power amid allegations of misconduct.

Questions had to be asked. If he’d been sacked, it was feasible Reid would be motivated to offer his side of the story, whatever it was. So, I called him.

We talked for something like five minutes as I hustled down Sussex Drive towards a friend’s apartment in the Byward Market. Reid denied that he’d been fired and said his new vice chairman role at Giant Tiger, a bargain store chain, left him too busy for critic duties.

A bit skeptical, I brought this explanation to my editor, and we ultimately decided to move on (and keep Reid in mind if we did any reporting, in the future, on the lucrative side gigs of many MPs).

In his partial manifesto Monday, the first in a series of three essays outlining what he would like to see in a new leader of the Conservative Party, Reid says he lied when I asked if he’d been forced out of the position.

He now explains he was sacked in response to his voting a couple of months earlier in favour of the Liberal government’s cannabis legalization bill, against Scheer’s wishes. Reid writes that his constituents had given him a mandate to vote that way, and he sided with them rather than abiding by a whipped vote that caucus had not discussed. Reid was the only Conservative MP to vote in favour. (He didn’t mention the ouster during the heat of the pre-writ period this year when Maclean’s featured him in a story about Conservative ridings benefitting from the budding cannabis industry.)

Reid uses the anecdote to advocate for changes to leaders’ tight control over their caucuses, and to question the state of modern politics. This in furtherance of the kind of democratic reform he’d have been fighting for had he not been fired.

“It is a sign of just how craven our political culture has become, that there will be some people who will say that I was right to lie to a journalist in January 2018, and am wrong to come clean about it now at the tail-end of 2019,” Reid writes in the essay published Monday.

RELATED: A long list of potential replacements for Andrew Scheer that will only get longer

“This is not an Andrew-specific problem,” he further clarified in a text message to me on Tuesday while on vacation in Europe. “Every leader gets pressured to act this way—to resolve issues by exercising his or her discretion, under the Leninist caucus structure that we have allowed to become our norm, to impose his or her will undemocratically on the caucus as a whole. I illustrated this point with my own story because it’s the only fully-documented case available to me.”

Reid started our text message conversation—which he said he preferred to a phone call—by apologizing for the lie. From somewhere in Sicily, he went on to confirm that he remembers repeating it on the official record in Parliament, in February 2018.

“My instinct is to think that the appropriate response is to request the Speaker’s permission to rise in the House and offer one’s apologies for having misled the House,” he said, adding he intends to communicate this with a letter to the Speaker in the near future.

(During that House debate of an elections bill, he doubled down on the lie that the Giant Tiger role was the reason he was no longer critic; Reid also referred to a phone conversation he had with a reporter, and named me. We agreed on Tuesday that his then description of the phone call did not match either of our recollections of what we discussed. He said he had conflated me with another reporter, who had called him not long earlier on a different topic.)

Despite appreciating this belated truth-telling, it’s hard not to be a little suspicious of Reid’s confession.

For while he is plenty critical of the sort of partisan shenanigans he found himself engaging in in early 2018, the longtime MP’s new treatise serves its own political purposes.

RELATED: Politicians who learn from their mistakes can make Canada better

As the Conservative Party prepares to elect his successor, Scheer has lost the caucus control that kept Reid’s mouth shut two years ago. Now the backbencher, widely regarded as a competent and well-informed legislator, has set himself up as a moral voice of reason for a party that has lost its way. Without much fear of penalty, he can advocate for MPs’ rights in caucus, including the ability to vote on legislation according to their constituents’ wishes—a noble goal in our democracy, and one for which he has long fought.

That doesn’t mean Reid has leadership ambitions—at least for now. He told me in a text message that he’d have saved his ideas for his own platform if he wanted to run to replace Scheer. He is hoping, he says, that prospective candidates will listen to him.

In the meantime, he has drawn considerable praise in political circles for simply telling the truth—something that is seemingly so foreign to our political landscape that it comes across as an act of bravery.

But bravery to what end? Already, Reid has been forced to prostrate himself more times than he may have expected, a process he says he intends to resume later this month when Parliament reconvenes. And we still don’t know how, if at all, the broader voting public will react. Maybe we hold our politicians to a high enough standard that when they admit to lying on the record, it casts a shadow those elected officials will have trouble getting out from under.

Or perhaps our political culture will celebrate this sort of much-belated honesty, prompting others to splash sunlight on their own historical indiscretions in the hopes of earning accolades.

The outcome I fear, though, seems the most likely one: that Reid’s small act of self-revelation is greeted with a collective yawn by voters conditioned to think the worst of their elected leaders’ motives.

That other candidates for office, wincing vicariously as Reid does his penance, resolve never to follow his example.

That an injection of honesty to our political scene makes no difference at all.