Analysis by Innovative Research Group shows key regional advantages for the Liberals. They might explain why Trudeau thinks he can win a majority 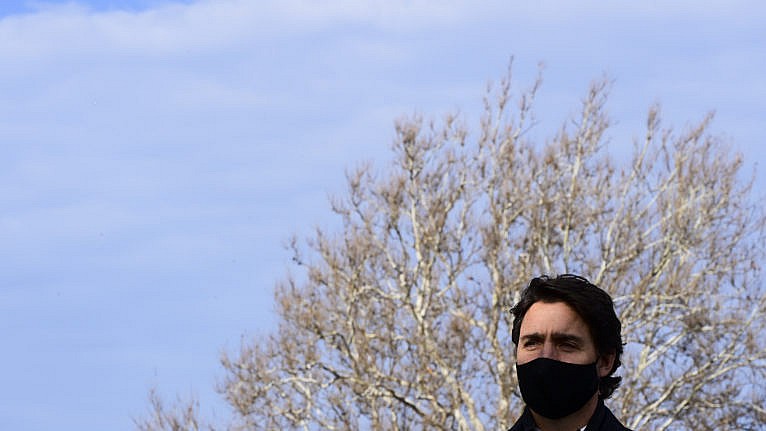 Why is Justin Trudeau preparing to call an election when most pollsters say he’s not in majority territory?

Maybe it’s folly that will lead to Liberal ruin. Maybe the Liberal leader is betting that, unsteady as his chances are, they won’t improve if he delays.

Or maybe he sees regional advantages for the Liberals that a lot of polls are missing. That last possibility is a theory shared by pollster Greg Lyle of Innovative Research, whose latest large-sample survey suggests the Liberals continue to make gains at the expense of the Conservatives.

To produce this analysis for Maclean’s, Lyle combined the samples from monthly national surveys in June, July and August to produce a weighted sample of 6,200 voters. The result isn’t a snapshot of national voter sentiment at a precise moment in time. Many voters’ perceptions certainly shifted during those three months. But a sample this big offers a compensating advantage: much greater precision in identifying trends at a smaller geographic and demographic scale. Using this technique near the end of the 2015 campaign, Innovative Research was able to spot a stronger Liberal performance than had been predicted in most seat projections up to that point.

Lyle provided Maclean’s with a similar analysis in June that suggested the Liberals were competitive with the Conservatives in ridings outside the Prairies that Stephen Harper and Andrew Scheer had been able to count on in elections over the last decade. Today’s analysis suggests the Liberals continue to increase their advantage in such ridings, while holding areas of longstanding Liberal advantage.

Even though the NDP is stronger in this survey than in June, and the Bloc Québécois is essentially fighting the Liberals to a draw in Quebec, the combination of these regional effects suggests the Liberals would begin this campaign strongly ahead of any competitor nationally.

Lyle divided his large national sample into 12 clusters of seats with comparable voter dynamics, based on which parties have been most competitive in those clusters across the last three federal elections, and also incorporating regional dynamics in some cases.

Much of the national map is settled and won’t be of much interest to campaign strategists because one party dominates—Liberals in Toronto, Conservatives in the Prairies.
But in the collection of ridings Lyle calls CPC Strong (Non-Prairies)—37 seats that Stephen Harper’s Conservatives won in 2015 and Andrew Scheer held in 2019, including Durham and Sarnia—Lambton in Ontario, and North Okanagan—Shuswap in British Columbia—the Liberals continue to build a lead. In 2019 the Conservatives held a 19-point lead in these ridings (see chart below). In June, Lyle found the Liberals one point ahead. Now that swing has increased, and the Liberals are nine points ahead of the Conservatives, 39 per cent to 30. The NDP is well behind in these ridings, but still up five points to 20 per cent since June.

It’s a similar story in the ridings Lyle calls CPC-LPC Swing (Ontario)—ridings like Burlington, Kenora and Whitby that have been close between the two biggest parties over the last decade. Harper won all of these 29 ridings in 2011, but the Liberals took 25 in 2015 and held 23 in 2019. Innovative found the Liberals had a seven-point lead in these ridings in June. That lead has now grown to 20 points, 48 per cent to 26 per cent.
Where the Liberals are facing new competition, it’s usually not from the Conservatives. In the Swing NDP ridings—ridings like Davenport, Surrey Centre and Port Moody-Coquitlam, where Jack Layton’s NDP made a strong showing in 2011 but that have been trending away from the NDP since—Lyle found the Liberals up 16 points over the second-place NDP in June. But much of that advantage has now faded: NDP support is up seven points to 32 per cent in these ridings since June, while Liberal support has fallen five points here to 36 per cent. Voting patterns in 2019 suggest that with this four-point lead the Liberals should take most of these ridings, but there would now be more close fights than before.

Across most of Quebec, Lyle has found the Bloc Québécois and the Liberals trading advantages in a series of close-fought regional battles over the last three months. The only new bit of good news for the Conservatives in this survey is in the 13 ridings around Quebec City. There, declining Bloc and Liberal support since June has established the Conservatives as clear leaders, with 31 per cent for the CPC to 25 per cent for the Liberals and 21 for the BQ. But even at those levels, Conservative and Bloc support is lower, and Liberal support a shade higher, than in the 2019 election.
Since we keep writing about Innovative Research polls and running polling analysis from Philippe J. Fournier of 338canada.com, I should admit that Fournier has been skeptical of Innovative’s results. In a recent column on “house effects” of major pollsters, Fournier wrote that “IRG polls often seem to be favourable to the Liberals, and that impression would be backed by the data… It does not mean that IRG polls are wrong or unusable, but we must use caution and interpret them in the context.”
I invited Lyle to address Fournier’s analysis. “There are campaigns like 2015 federally and Wynne’s first election [the 2014 Ontario election] where we were outliers on the Liberal vote and we were right,” he said. “Regionally-based seat projections of aggregators assume the patterns of voting remain the same. As we saw in 2015, those patterns can change and, when they do, that means the actual seat results can surprise us. Right now, using the same approach we used in 2015, we see a change in the pattern.”