Election image of the day: Elizabeth May shows up a conspicuously absent Justin Trudeau 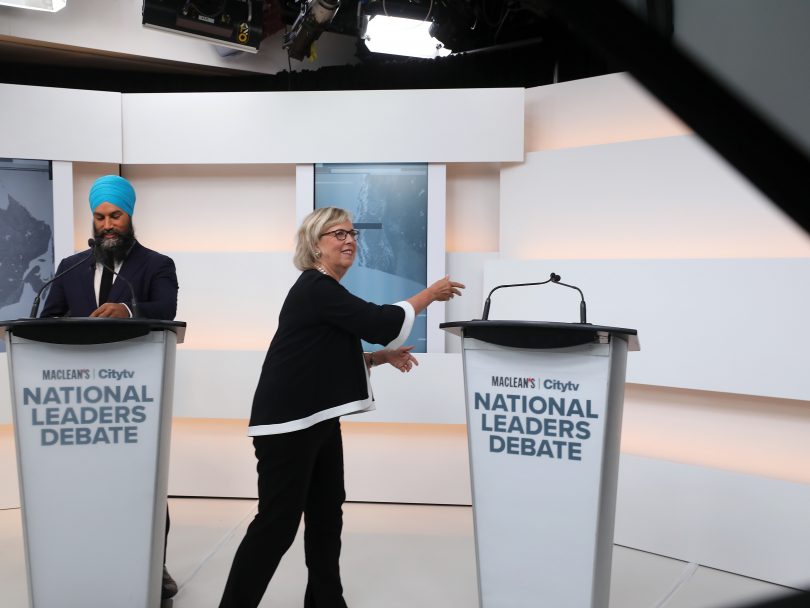 On the night of Sept. 12, less than 48 hours after the writ dropped, Maclean’s and Citytv hosted the first leaders’ debate of the election cycle. Most party leaders showed up. One did not. Prime Minister Justin Trudeau left a vacant podium in his stead, preferring to hold a rally in Edmonton, inviting his three biggest competitors to take turns attacking his reputation. Most shouted, quite literally, into a void. Green leader Elizabeth May, the most seasoned debater onstage, one-upped the shouting, instead promptly walking up to the podium reserved for Trudeau and shaking the invisible man’s hand, mocking his absence with a cheeky grin. Goofy antic or witty attack? Depends on whether you considered voting Green to begin with.