Should Julian Fantino be fired? No? How 'bout now? 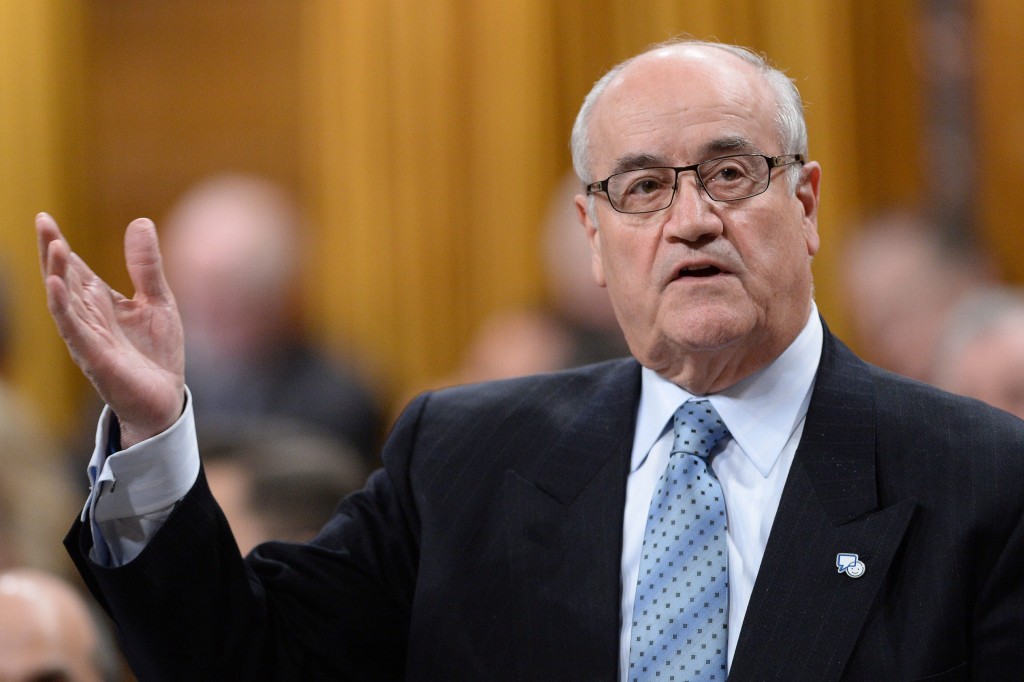 For a brief moment, Julian Fantino seemed to eschew a script. Accused by the NDP leader of cowardly fleeing the country, the veterans affairs minister seemed to want to make something of his chance to explain why he’d been in Italy last week and not, in the immediate hours after the auditor general’s report, standing in the House to account for his department.

“I attended a very moving commemoration in Italy involving the soldiers who were there during the war. I saw them visit the graves of their comrades in the various cemeteries and I am very proud of having done that,” he said. “In my world, ‘lest we forget’ means something.”

NDP Leader Thomas Mulcair was not much impressed with this. “Mr. Speaker, how about showing up for work and taking care of them when they are alive?” Mulcair shot back.

The Conservatives howled. Once more, the NDP leader called out “cowardice” and, with that, the Speaker was compelled to intervene. “I think the word ‘cowardice’ does not contribute to the debate on this subject and, instead, causes disorder,” Speaker Scheer advised, returning the floor to Mulcair, who, while avoiding the c-word, still accused the minister of hiding behind those who serve.

The NDP leader wondered if the Prime Minister still trusted Fantino, but the Prime Minister was taking his usual Monday break from the House, so the minister stood and read into the record various assurances about his department’s efforts to assist the mental health of veterans.

Finally, Mulcair got to the question his complaints had been building to. “Will the minister, for once, do the honourable thing,” he asked, “and resign?”

A few moments later, Liberal MP Ralph Goodale added the third party’s seconding of that sentiment. “There is no trust or credibility left,” he said. “Will the minister simply stop the travesty and resign?”

It has been a full 11 months since the opposition parties last sought Fantino’s dismissal. That was after the minister had a rather disastrous interaction with a group of veterans who were unhappy with the government’s decision to close nine veterans’ offices. (Note to concerned citizens: Please refrain from pointing at Fantino.)

Eleven months later, things are not going well. In May, video cameras recorded a veteran’s wife chasing after the unresponsive minister. Veterans’ groups have announced a boycott of government announcements and a desire to see the Conservatives defeated in 2015. Fantino met with some veterans’ groups two weeks ago, but was criticized for who wasn’t included. And then came the auditor general’s report, which reported shortcomings in the delivery of mental health services.

However good the reason for going to Italy last week, the minister might have deprived his critics of a complaint by delaying his flight for a day or two to stand and read assurances in the House. Meanwhile, the $200-million investment announced just before the auditor general’s report was released went bust when someone figured out that the funds would be delivered over 50 years, as opposed to the reported six.

Opposite all this and the denunciations of the opposition, the minister mostly stood in the House with all the verve of drying cement and read from pieces of paper placed on his desk.

The easiest explanation for why the Prime Minister should find a new veterans affairs minister is that certain lack of verve. But this is to reduce ministers of the crown to TV pitchmen. Maybe that’s primarily what they are these days; most everything the government does seems to be the doing of the Prime Minister. We are possibly due a discussion about what it is these people do, aside from participating in these semi-dramatic public readings each afternoon. Can Fantino be held directly responsible for any of his department’s problems, or is it just that there is some critical mass of problems, or is it that he hasn’t been able to sufficiently manage the reaction to the problems? Would a better minister have somehow better parried the criticism? Ask yourself: WWJKD? (What Would Jason Kenney Do?)

Earnestly, it might be to wonder why the veterans affairs minister would be dumped while, say, the environment minister, still without regulations for the oil and gas sector, would remain. Except, of course, that the environment minister is only not doing what the government doesn’t want to do. As long as you can operate within political calculations without embarrassing the government, you are basically safe.

More cynically, would dumping the minister serve or hurt the Prime Minister’s cause? Could it possibly mark a useful response to the current situation, or would it only confirm that there was a reason for the minister to resign?

Mulcair would ask reporters afterward to note how “parsimonious” he has been in playing the resignation card (this might only be the third time he has done so since becoming leader of the Opposition) and there is surely an art to knowing when to hit a wobbly minister with it. Well-played, it is at least an easy winner of headlines and a handy signal to casual viewers that someone has done something worth resigning about.

In some fantasy-baseball parlour game, you might imagine a cuddlier minister put in charge with some mandate to reach out fully and do whatever is necessary—likely at some cost to the federal treasury—to placate the concerns of veterans. But maybe that would set a bad precedent for the next minister who finds his portfolio attacked.

So, probably tomorrow, the Prime Minister will show up to offer some resounding defence of his government and his minister and the Conservatives benches will leap up to applaud. And then, if  the government is truly worried about what Fantino might mean for next year’s vote, maybe there’s a new minister before next spring.

In the meantime, opposition MPs can at least entertain themselves with little tests of the minister.

Later in this afternoon’s session, the Liberals sent up Marc Garneau with an oddly simple question.

“Mr. Speaker, my question is for the minister of veterans affairs,” Garneau explained. “Is the program that the government announced last week for $200 million over six years or over 50 years?”

The minister might have offered a simple answer. Or he might have at least pointed in the general direction of a straightforward response. Instead, he went with this.

In his seat across the way, Garneau listened, then laughed.

Awhile after that, Green Party Leader Elizabeth May stood for her weekly opportunity, having apparently decided to see how committed the minister was to not answering.

She wagged her finger. “If the minister respects our veterans,” she said, “he will give a clear answer.” The Liberal benches applauded her.

“Mr. Speaker, I believe that our veterans and their families deserve the very best care possible,” he said. “Our Conservative government will always ensure that veterans’ mental health support is available to them today, tomorrow and for the rest of their lives. It would be irresponsible to do otherwise. This government has announced and is delivering on priorities for our veterans by moving forward with opening eight new specialized mental health facilities next year and other mental health assistance and support for them and their families.”

Presuming he is still the minister tomorrow, Fantino might at least plan to arrive to the House with something snappier to say.