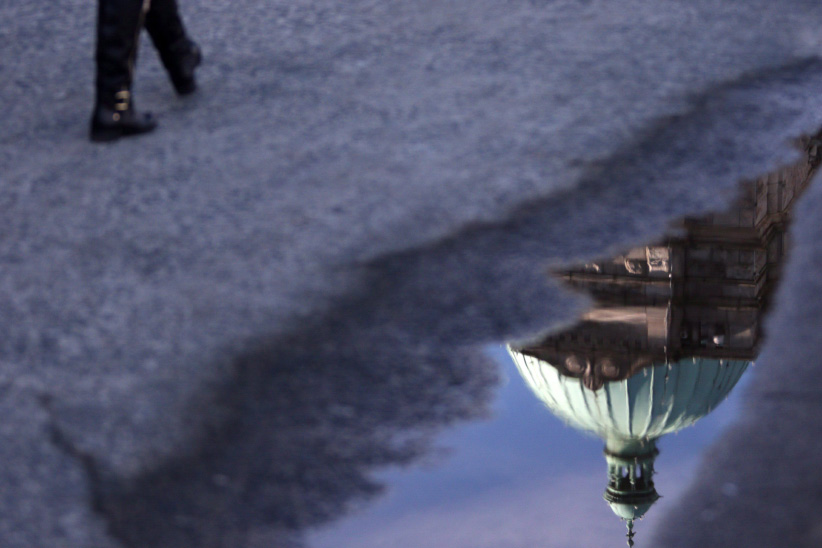 The Legislature Building is reflected in a puddle as a person walks past in Victoria, B.C., on Tuesday, February 21, 2017. (Chad Hipolito/CP)

VANCOUVER – A special prosecutor has been appointed to provide legal advice to the RCMP over possible violations of British Columbia’s Elections Act.

A statement from the B.C. Criminal Justice Branch says David Butcher will help the Mounties with legal advice in an investigation into contributions made to B.C.’s political parties.

The appointment announced on Thursday comes just days before the call of a provincial election.

Butcher will assist police in the investigation into so-called indirect donations, where payments are made by an individual on behalf of an organization, which is a violation of B.C.’s Election Act.

The B.C. Liberal Party said last week that it found 43 indirect political donations worth almost $93,000 and that it planned to reimburse the money.

The party’s Emile Scheffel said personal credit cards were used on behalf of an organization and that money was then paid back by the group they represented.

Earlier this month, an NDP spokesman said the party found two errors amounting to less than $9,000 when in reviewed donations over four years, while four other errors were being repaid or reviewed.

The Criminal Justice Branch says the RCMP approached assistant deputy attorney general Peter Juk on Monday asking that he consider the appointment of a special prosecutor.

It says Juk concluded the appointment was in the public interest.

The statement says the assistant deputy attorney general will consider appointing a special prosecutor when there is a significant potential for real or perceived improper influence in decision making if charges are considered.

A special prosecutor works independently from the government.