Whenever Prime Minister Stephen Harper heads north, he’s always sure to bring his go-to garment: a black coat, CANADA emblazoned across the chest, from the 2010 Hudson’s Bay’s Olympic Collection. Harper’s wife, Laureen, prefers the Bay’s red-and-white jacket. The couple typically head to Canada’s north each summer, a tradition that’s carried on through the ongoing election campaign. The Harpers made sure to pack the iconic gear on their most recent trip to the Yukon where, perhaps in an effort to channel a Canadian hero’s famous moment in Vancouver, Harper poured a beer from a local brewery while in full Olympic regalia. 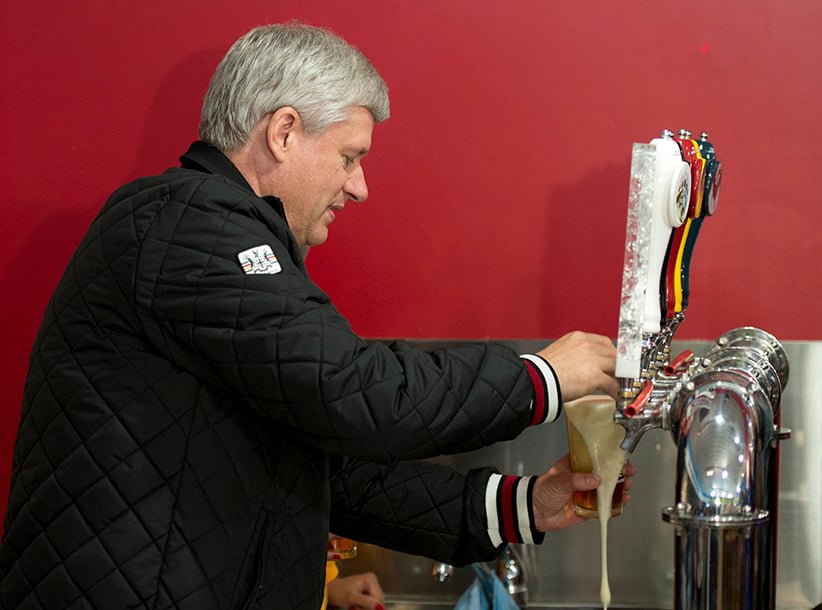 Conservative Leader Stephen Harper pours a pint of beer from a Yukon brewery after arriving in Whitehorse, Y.T., on Thursday, September 3, 2015.