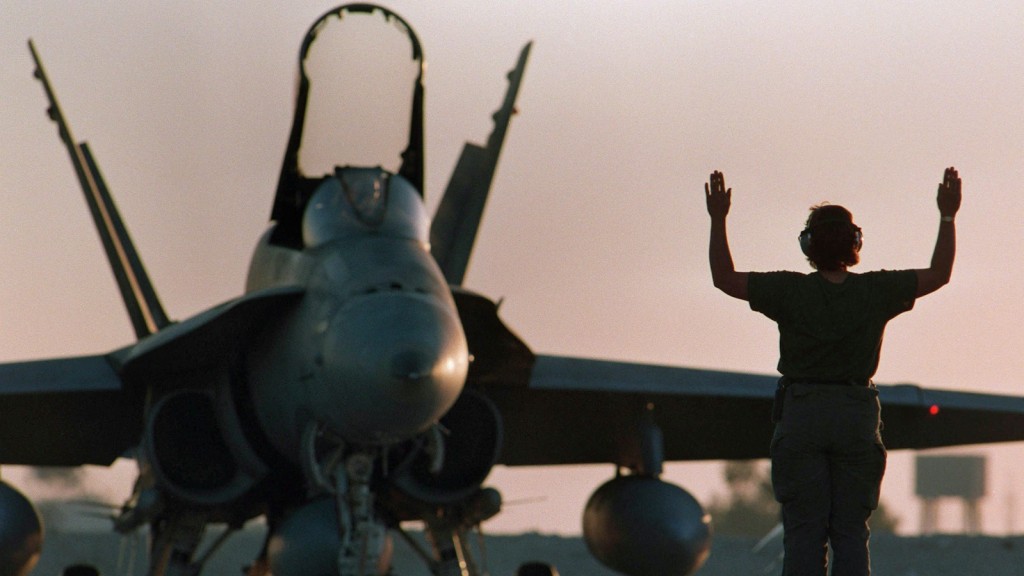 OTTAWA – An internal defence study that dismissed any plan to buy “interim” fighter jets because of “significant additional costs,” has been pulled off the National Defence website.

The department says it took down the report, originally published by its research arm in June 2014, because of concerns it contained classified information.

But critics say it was removed for the same reason more than 200 federal officials have been sworn to a lifetime gag rule: it poses a threat to the Liberals’ plan to buy “interim” Super Hornets.

Defence Minister Harjit Sajjan admitted Thursday that the decision to buy 18 Boeing Super Hornet jets to augment the existing fleet of CF-18s until a competition to find a replacement can be held in five years will cost taxpayers more.

But he said those extra costs are necessary as Canada has to provide a certain number of aircraft for the defence of North America as well as NATO, which it currently cannot do at the same time.

“We have NORAD obligations and we have NATO obligations in terms of our commitments,” he told reporters after appearing before the House of Commons defence committee.

“And to meet those minimum obligations, we do not, right now, have enough operational aircraft to meet those simultaneously if called upon.”

He also raised the spectre of another 9/11 or similar “unforeseen situation.”

But the now-deleted Defence Research and Development Canada report came out strongly against buying a “bridging,” aircraft to fill the type of “capability gap” described by the government.

“The costs involved with bridging options make them unsuitable for filling capability gaps in the short term,” reads the report, which The Canadian Press downloaded before it was removed from the website.

Critics and experts have questioned the government’s assertion that it will take five years to replace the CF-18s.

The report also appears to contradict the minister by saying that Canada does not have a “hard minimum requirement for the NATO commitment.”

That suggests the only actual requirement Canada must meet in terms of providing fighter jets is its obligation to defend North America along with the U.S., and anything beyond that is voluntary.

The report said a maximum of 36 aircraft are required to be operational at any time to help defend North America and “anything beyond this number is in excess of the current requirement.”

Those planes don’t all have to be on high alert waiting for an attack, the report said, but can be involved in training or NATO operations and called back if needed.

Sajjan on Thursday accused the previous Conservative government of having settled on a “fictitious number” when it planned to buy 65 F-35 stealth fighters and that the Liberals will buy more planes.

But the report said the air force can meet its NORAD requirements with a single fleet of 65 fighter jets, given that up to half planes will be in day-to-day or long-term maintenance at any given point.

National Defence spokesman Dan Le Bouthillier said in an email that the report was removed “as it was found to possibly contain classified information, not because it looked at the costs of operating more than one fleet.”

But the report’s authors write that they specifically withheld some information “in order to keep this analysis unclassified.”

Conservative defence critic James Bezan latched onto the missing report as proof the government’s plan buy Hornets before holding a competition to replace the CF-18s is part of a larger Liberal plan to avoid buying the F-35 stealth fighter.

“They’re trying to re-write history,” he said. “This is the greatest hoax going.”

Defence analyst David Perry of the Canadian Global Affairs Institute said there has been growing tendency toward secrecy within National Defence, which includes a clampdown on information over Canada’s mission in Iraq and now the fighter project.

The Canadian Press reported last week that the government has ordered 235 federal bureaucrats working on the fighter project to sign lifetime non-disclosure agreements, which two former heads of military procurement said was unprecedented.