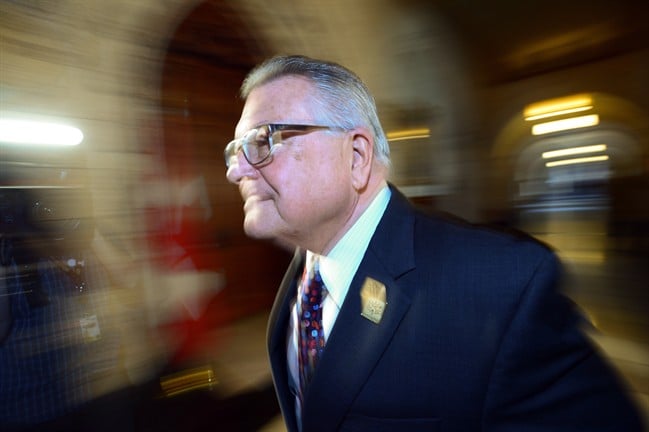 Public Safety and Emergency Preparedness Minister Ralph Goodale leaves after making a national security-related announcement in the foyer of the House of Commons on Parliament Hill in Ottawa on Tuesday, June 20, 2017. THE CANADIAN PRESS/Sean Kilpatrick

OTTAWA – A super-watchdog to oversee the full array of federal intelligence services would be created under legislation introduced today.

The measure is part of a package of national security changes tabled by Justin Trudeau’s Liberal government.

The idea is to ensure a more seamless and comprehensive approach to reviewing Canadian security agencies.

Many have complained the current system doesn’t work as well as it should because separate watchdogs review the activities of the Canadian Security Intelligence Service, the RCMP and the cyberspies of the Communications Security Establishment.

The watchdogs cannot freely exchange information about complaints or collaborate on reviews – a problem the new body is intended to solve.

The Liberal bill comes as MPs prepare to head to their ridings for the summer, which means the legislation is unlikely to face serious debate until the fall.

The Liberals say the goal of the extensive package is to strike a balance between keeping Canadians safe and respecting their rights and freedoms.

“We all have a stake in it, so all Canadians can have confidence that our security and our freedoms are being protected,” Goodale said. “That is the goal of this legislation.”