The Quebec City mosque where six Muslims were killed is in Joël Lightbound's riding. He reflects on a problem facing the entire country. 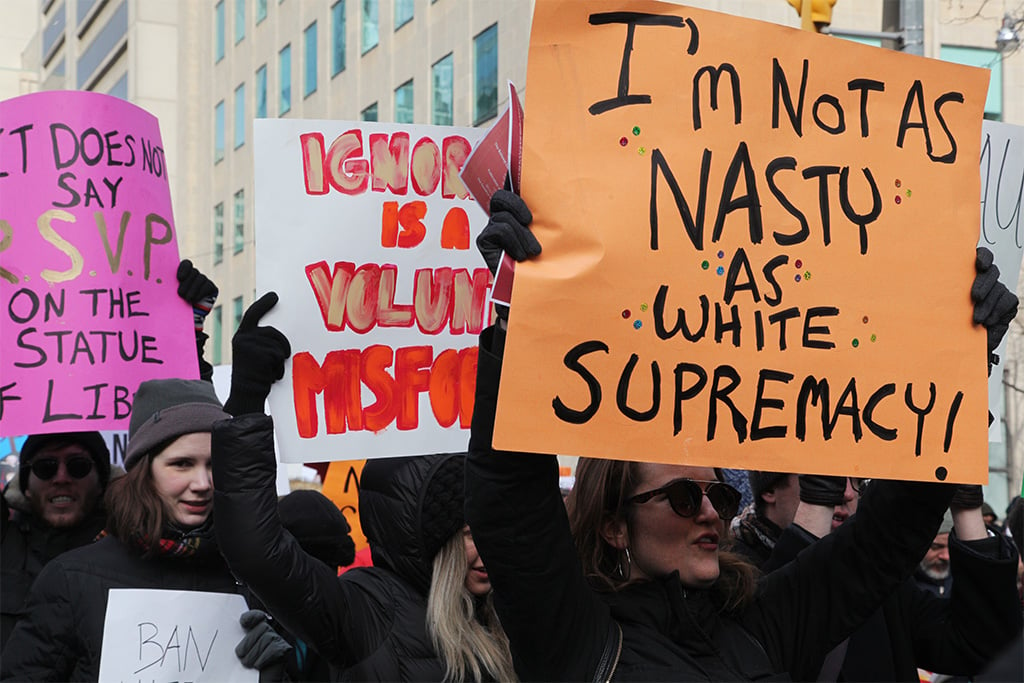 Joël Lightbound didn’t much want to talk with me last Friday afternoon. But the rookie Liberal MP happened to be on duty in the House, after most MPs have headed home for the weekend, and he agreed to step out of the mostly empty chamber into the almost entirely empty foyer of the Commons. When I told him I wanted to ask him questions about what he had experienced since six Muslim men were shot dead in his riding on Jan. 29, while they were praying in the mosque called the Centre Culturel Islamique de Quebec, Lightbound replied in a flat, fatigued voice that he was “sick of talking about it.”

We sat down anyway on a stone bench in an alcove off a nearby hallway. Lightbound is a good talker. Everybody had seen that in his TV interviews outside the mosque after the shooting. And he again stood out in the often bitter debate in the House this past week over what’s called Motion 103, introduced by Liberal MP Iqra Khalid to “condemn Islamophobia and all forms of systemic racism and religious discrimination.” Many Conservatives opposed the motion on the grounds that the word “Islamophobia” isn’t well defined, and thus the motion might somehow stifle legitimate criticism of Islamic extremism.

Lightbound was first elected MP for the Louis-Hébert riding in 2015. He was born in Toronto, but grew up in Sainte-Foy, where he returned to try his hand at politics following a stint working at the Montréal firm Fasken Martineau DuMoulin, after he graduated from McGill University’s law school. This is our conversation, edited for length and clarity:

These past few weeks for you must have been intense.

I think it’s been for me the most challenging weeks of my life. That’s for sure. Not only was our community as a whole in Quebec City, and my riding, affected, I was affected personally. I have friends who go to the mosque; my very good friend’s mother left 30 minutes before the shooting. So just the shock of it, not just as a politician, but as a human being. It was it was a big shock. And having to deal with all that comes with it. As a politician it was also a challenge for sure.

A lot of Canadians who don’t know Quebec City, except maybe as tourists, think that as a very French Canadian place. Can you give us a sketch of your riding, the ways it might not fit that stereotype?

I think Quebec City, if you look at the statistics, is not as diverse as metropolitan areas like Montreal or Toronto, for instance. But there are neighborhoods, and if you look, you’ll find that there is great diversity. In my neighborhood where I grew up it was particularly evident. I was raised in an apartment building—and this is something I said in the House—with Bosnians, with Muslim friends, Arabs, Asians. So it was very diverse. It was like the UN, my apartment building where I grew up.

How do you see the ways people have reacted since the mosque shooting?

Well, I think, on the one hand, I was very pleased by the reaction in my immediate region and in my community. I think we’ve seen an outpouring of support and solidarity, and people starting to talk to one another and reaching out to one another and focusing on the humanity that unites us, instead of that differences sometimes we get distracted by. We’ve seen the vigils—thousands and thousands of people. In my office, we’ve received countless messages and phone calls of solidarity for the community. So this has been this has been very pleasing to see. Regardless of perhaps the tone of the debate that we’ve had in the House this week, I still think that some light might shine out of all of this.

There’s been some bitterness in the House this week in debate about Motion 103. Argument has focused on the term “Islamophobia.” Some Conservatives, and others, think the word shouldn’t be used, that its use somehow stifles free speech. Do you think there’s any ambiguity about what we mean when we say Islamophobia?

I was surprised and saddened to some extent that we’ve had this debate this week in the house about a motion which should have garnered the support of all members, just like it did back in October when the House unanimously condemned Islamophobia. And what sickens me most is there has been such misinformation spread about this motion, which is not a bill and does not restrict free speech. It’s more of a symbolic gesture than anything else. I thought for once that we might unite than not have anyone try to use this for political purposes. I think this should rise way above partisan politics.

I tend to agree with you on that, and I don’t find the term Islamophobia confusing. But there are people who seem to think it applies, not just to outright hatred and discrimination toward Muslims, but also somehow to legitimate questions about extreme forms of Islam. How do you respond to them? Would you just say, No, you don’t understand the term? Or is there a way to engage in that debate that isn’t just to reject the other side?

For sure. In a country where free speech is enshrined in the Charter, we can always have these debates, so long as they’ve done in a responsible manner or not so as to spread fear, intolerance, and hatred. The motion isn’t in any way, shape or form restricting free speech. So I fail to see why we’ve had this big argument.

The terrible mosque shooting in your riding happened just as U.S. President Donald Trump was trying to implement his ban on travel from seven majority-Muslim countries. When you’re talking to Muslims in your riding, or other people concerned about this whole issue of anti-Muslim sentiment, how does Trump play into it?

Well, I think for the Muslims in my community and my Muslim friends, they’ve told me about this way before Jan. 29, 2017. So this event in Quebec City was a tragedy that occurred, but the problems that they’re facing, they faced for years. What they’ve observed is that they’ve kind of been taken hostage by a minority who claim to be acting on behalf of Islam but are not. A lot of generalizations have been pushed, sometimes by mainstream media, sometimes on social media, sometimes by politicians. They’ve seen the world change around them for the worse over the years. I think it probably started on 9/11. We’ve had all sorts of incidents happen around the world and we’ve been fed easy answers to complex questions.

When I was thinking about this whole event, and how I think there has been a climate where Muslims face growing ostracization and stigmatization, I reflected on when I was a kid. We didn’t see Muslims. We didn’t perceive them as such. We saw our friends, our coach, our neighbours. And I think there is a collective reflection to be had on what kind of prejudices we’ve allowed to take hold within us. The majority of the population is open and tolerant, but we have we’re not immune to these feelings which we’ve observed around the western world. Yes, in the U.S., but around the western world.

This federal government is still fairly new. The cabinet and your Liberal caucus includes Muslims, and quite a few MPs from other minorities, and tends to be quite young. You’ve only recently turned 29. Do you think the way you come at these issues differentiates you from maybe an older climate of opinion in Canada? Do you have to remind yourself once in awhile that your experiences, your understanding, are different from a large swath of the Canadian electorate?

No. I think for the most part, we won on these values. Prime Minister Trudeau has always been very adamant in his defense of openness and pluralism and tolerance, and we won a majority government. And I think the NDP shares the same values. I can speak for my generation. I’m a millennial, and I can see from the support that I get from millennials across Quebec, I think we share an openness to the world.