CSIS has tabs on radicalized Canadians who have fought abroad

Only one Canadian of the 130 who allegedly left to help a terrorist group has been charged. Why? 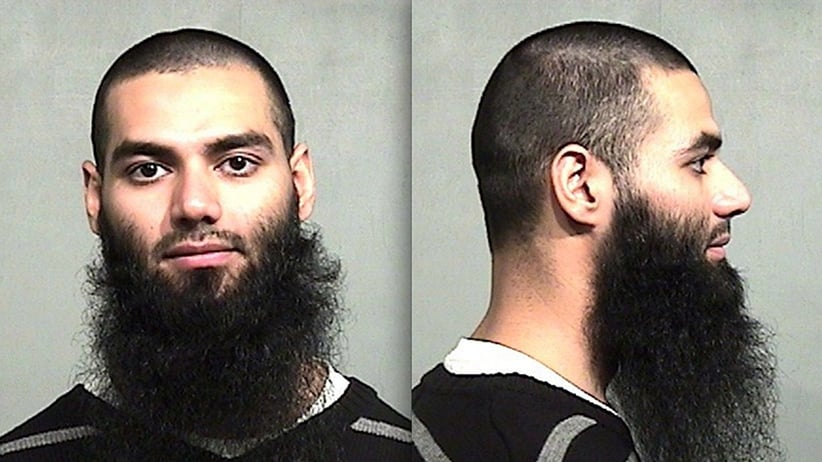 The actual numbers are not new. Asked about “foreign fighters”—Canadians who have travelled overseas to join banned terrorist organizations—the country’s spy agency has been providing the same answer for almost a year now: that authorities are aware of approximately 130 people who have left the country, and another 80 who have since returned.

Although the first figure (the 130 who left) is “fluctuating all the time,” it “hasn’t increased substantially” over the past eight months, Michel Coulombe, the director of the Canadian Security Intelligence Service (CSIS), told a House of Commons committee last week. “By the time I leave this room, it’s going to change,” he continued. “Are there some that we are not aware of? Probably. I don’t want to speculate.”

But the number of so-called returnees (the 80 now safely back in Canada) is “not speculation,” Coulombe said. “They were involved in terrorist-related activities overseas, they are now back in Canada, it’s a firm number that we are aware of. And yes, we know where they are.”

So does the RCMP. In the most unprecedented disclosure to come from the public safety committee hearing, Commissioner Bob Paulson confirmed that the Mounties have launched 63 national-security criminal investigations targeting 90 individuals “who are related to the travelling group: both people who intend to go, or people who have returned and have been referred to us” by CSIS. “The pace and tempo of operations is fairly brisk,” Paulson said.

Their collective message to Canadians? Be aware, be observant, but don’t be terrified. Even though the threat posed by such “extremist travellers” is real, there is no evidence to suggest an attack here is imminent. “We don’t want to sound alarmist,” Coulombe said. “We’re telling people that they should go about their daily life, but we have to be vigilant.”

“It’s nothing that I think Canadians need to be alarmed about,” Paulson echoed. “I think that we are managing, through our collective efforts, a response that is appropriate to the nature of these suspected offences.”

If some people are still alarmed, it’s hard to blame them. The headlines have become all too familiar: young, radicalized Canadians (some born here, some immigrants) flocking to the front lines of faraway conflicts to wage jihad alongside terrorist organizations—including Islamic State, a barbaric militant group that has murdered civilians and beheaded journalists in its pursuit of a new Muslim nation ruled by sharia law. Now that Canada has officially joined the international coalition fighting Islamic State (contributing, among other things, six CF-18 fighter jets and a contingent of special forces advisers), the fear of reprisal violence back home only increases. Last month, an Islamic State spokesman specifically called for attacks on Canadians, civilian or military. “Rely upon Allah, and kill him in any manner or way, however it may be,” he urged. “Do not ask for anyone’s advice and do not seek anyone’s verdict.”

In some ways, though, the latest statistics are reassuring: proof that Canada’s national-security apparatus is actually watching those who need watching. But the numbers also reinforce just how monumental the challenge is. Anti-terrorism is a murky, secretive world, a place where knowing someone is a threat doesn’t always mean there is enough evidence to arrest him. It’s a place where some threats—regardless of everyone’s best efforts—remain unknown.

“Even if you are saying you know of 130 who have gone overseas, you would anticipate there are another 50 or 60 who are a little more low-key and happy to fly beneath the radar,” says Michael Zekulin, a University of Calgary political science professor who specializes in radicalization. “It would be naive to think otherwise.”

The public has already been introduced to a few of Canada’s 130 foreign fighters, some as obsessed with social-media self-promotion as they are with holy war. One Islamic State disciple, a former Calgary movie theatre employee named Farah Mohamed Shirdon, was the star of a recent online video that featured him burning his passport and threatening the West. “We are coming and we will destroy you,” he proclaimed. (In a follow-up interview with Vice magazine, Shirdon said Canadian intelligence “imbeciles” visited him five days before he left the country but were unable to stop him.)

Recently enacted Criminal Code provisions give police the power to charge people who travel for terrorist purposes (i.e., people like Shirdon). So far, however, only one suspect has been charged: Hasibullah Yusufzai, a 25-year-old from Burnaby, B.C., who allegedly took up arms in Syria “for the benefit of, at the direction of, or in association with a terrorist group.” A wanted man, Yusufzai is still missing.

That no one else has been charged raises the obvious question: What about the other 129 Canadians who have linked up with terrorists abroad? The answer, though, is not as simple as it seems.

Of the 130 known travellers, only 30 are believed to have joined Islamic State. The rest are linked to other extremist organizations operating from Africa to the MiddleEast. Of those, not all are hardened fighters; some play supporting roles. The same dynamic is equally true for the 80 people who have returned to Canada.

“When we’re talking about 80 returnees, we’re not talking about 80 people who have fought in Iraq and Syria, and we’re not necessarily talking about people who were directly involved in planning terrorist activities,” Coulombe told the committee. “We have Canadians in Afghanistan, in Pakistan, in Yemen, in Lebanon, in the Sahel, in the Maghreb, who are involved in terrorist-related activities. But it could be fundraising, could be propaganda, so I don’t want people to believe that we have 80 returnees who are hard fighters in Iraq and Syria, because that is not the picture we have at the moment.”

Yet the same question lingers: Why no arrests? Testifying at the committee alongside Coulombe and Paulson, Public Safety Minister Steven Blaney said all 80 of those unidentified returnees are “dangerous individuals” who “pose a serious threat to law-abiding Canadians”—and that the RCMP “will seek to put them behind bars where they belong.” So what’s taking so long?

“When people return from overseas, it’s very difficult to detain them because the evidence we have doesn’t necessarily stand up in a court of law,” says Christian Leuprecht, a Queen’s University terrorism expert who also teaches at the Royal Military College of Canada. “Remember, the RCMP isn’t just about laying charges; it’s about actually getting a conviction. If they can’t get a conviction, it’s basically them getting caught with their pants down—and ‘beyond a reasonable doubt’ is a very high standard.”

If nothing else, the new numbers are a timely reminder of the very different roles played by CSIS and the RCMP. The former is a spy service that uses covert surveillance, deeply embedded sources and classified information from allies to keep track of potentially dangerous people and to assess ever-evolving threats. CSIS doesn’t investigate crimes or gather proof for prosecutions, and their information doesn’t need to meet such high evidentiary standards. Only if CSIS suspects a crime does it notify the RCMP, via letter. (In 2005, it was two such letters from CSIS that tipped off the Mounties to the so-called “Toronto 18” ringleaders, triggering a criminal investigation.) Evidence gathered by the RCMP, on the other hand, must be strong enough to secure a conviction.

As Commissioner Paulson told the committee: “This is complicated work. It’s hard to get the evidence, but we’re on it.”

In the meantime, other less stringent measures have been enacted. Ottawa has confirmed that an unspecified number of passports have been revoked or refused because of foreign-fighter concerns, while the RCMP has staged “interventions” in more than two dozen cases, hoping to stop a person before he leaves the country.

“The most dangerous individuals are clearly going to be the people who have gone overseas to actually engage in fighting on behalf of terrorist groups, and have come back,” says Wesley Wark, an author and intelligence expert at the University of Ottawa. “Those are the top tier, but we don’t know what proportion of the 80 consists of returned fighters with real combat experience, as opposed to people who have gone overseas to facilitate or engage in terrorism in some form or another.”

Ray Boisvert, the former director-general of the CSIS counterterrorism program, says the emergence of Islamic State means Canada’s national security apparatus is “probably as active as it’s been in a long time since 9/11.” But, on the ground, he says, agents will be doing what they have always done: assessing risks, prioritizing information and, in some cases, knocking on doors and asking suspects to talk. “The number 1 challenge is: Who is just being vitriolic and who is really serious about an attack plan?” he says. “And which out of those are the top priority targets that we’ll need to expend the greater number of resources on?”

Add to that, of course, the other big question: What does the Canadian public need to know, and what should be kept secret? “Is this is a heightened threat environment? Yes, it is,” says Boisvert, now the president of I-Sec Integrated Strategies. “I don’t want to mislead Canadians or pretend that all is peaceable in the kingdom. In our country, we do suffer from a bit of naïveté. I think we do have a tendency to still disbelieve that people would want to hurt Canadians. So that is a challenge: suspending that belief, but not going too far and making people uncomfortable, stressed or panicky.”