Butts has submitted the texts to the justice committee, in response to the former attorney general's written submission 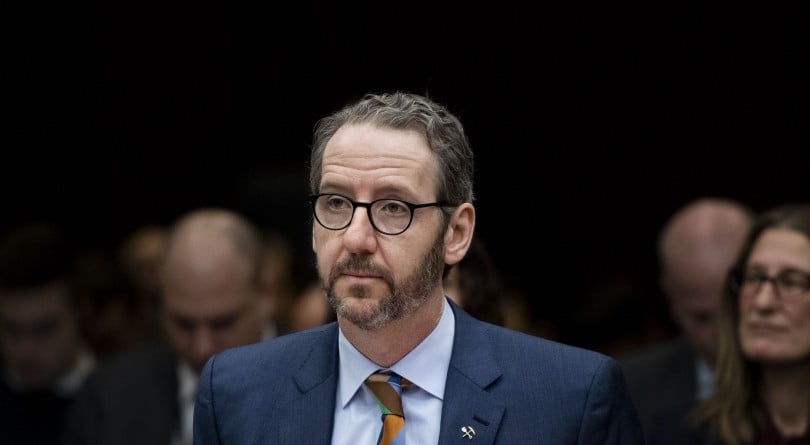 Gerald Butts, former principal secretary to Prime Minister Justin Trudeau, prepares to appear before the Standing Committee on Justice and Human Rights regarding the SNC Lavalin Affair, on Parliament Hill in Ottawa on Wednesday, March 6, 2019. (The Canadian Press /Justin Tang)

OTTAWA —Text messages between Jody Wilson-Raybould and one of Prime Minister Justin Trudeau’s top advisers suggest she initially tried to prevent her move out of the prestigious Justice portfolio by arguing it would send the wrong message to Indigenous Peoples.

In one of her final texts before the shuffle, she told Butts he should “know I will be prepared for tomorrow. And I know why this is happening.”

Butts has submitted the text messages to the House of Commons justice committee, in response to Wilson-Raybould’s written submission last week, which supplemented her nearly four hours of oral testimony at the committee in February.

None of the texts directly mentions SNC-Lavalin but Butts told the committee last month that he had numerous conversations with Wilson-Raybould during the week before the shuffle in which she stated her belief that she was being punished for refusing to intervene in the criminal prosecution of the Montreal engineering giant.

Wilson-Raybould maintains she was improperly pressured by the Prime Minister’s Office last fall to override the director of public prosecutions, who had decided to proceed with a criminal prosecution of SNC-Lavalin on bribery charges related to contracts in Libya, rather than negotiate a remediation agreement, a sort of plea bargain.

Trudeau told Wilson-Raybould on Jan. 7, while she was vacationing in Bali, that he was moving her to Indigenous Services to replace Jane Philpott whom he was moving to Treasury Board to fill the void left by the retirement of Scott Brison.

Wilson-Raybould refused to take on Indigenous Services, since it would put her in charge of the Indian Act she’d spent her life fighting. Trudeau agreed to move her to Veterans Affairs instead.

At the moment those discussions were taking place, protests were erupting across the country in support of a northern British Columbia First Nation, 14 members of which had been arrested by the RCMP for blocking an access road used by workers on a natural gas pipeline project.

Wilson-Raybould noted those protests in a Jan. 8 text to Butts.

“Timing of ‘pushing’ me out (which will be the perception—whether true or not) is terrible,” she wrote.

“It will be confounding and perplexing to people. This is not about me—believe me when I say this—but this is about an approach to Indigenous Peoples ? This situation is only going to deepen and I am very worried about it. I am getting texts/emails from indig leaders and B.C. etc. Just felt I had to text.”

Butts responded: “Nobody is ‘pushing you out.’ In fact, the PM has taken the extraordinary (in my experience unique) step of offering an alternative cabinet post to you.”

On Jan. 10, Butts asked Wilson-Raybould if it was her preference to have her chief of staff, Jessica Prince, move with her to Veterans Affairs. She responded: “Yes, it is my preference.”

But two days later, she implied that moving Prince out of Justice was part of a plan to install a new chief of staff who would be more supportive of intervention in the SNC-Lavalin file.

On Jan. 12, as she was about to depart Bali, Wilson-Raybould texted Butts to say: “For what it is worth, I feel compelled to say—one last time—that what is being proposed is a mistake—irrespective of where I am going. There is no way to fully explain this.

“My eyes are wide open on this shift. What I know—as you must—is that there is a robust and proud record of what our government has done—through my work and that of the (Department of Justice) ? I stand behind this hard work and all of my decisions and legal advice.”

Butts wished her a safe trip and added: “I know this is tough but we have very good ideas to make it all work from a comms perspective. There’s an opportunity here for you to show people a side of yourself and your talent that you did not get as (minister of justice and attorney general). I really want to help. Starting with asking Jess to go with you.”

She responds with: “I guess you want me to take Jess to make room for new PMO (chief of staff) (Mathieu or elder) to support incoming PS” ? —apparently assuming her parliamentary secretary, Arif Virani, was going to be named justice minister and that his chief of staff would be either Mathieu Bouchard or Elder Marques ?—senior staffers in the Prime Minister’s Office whom Wilson-Raybould has since accused of exerting inappropriate pressure on her to intervene in the SNC-Lavalin case.

“Nope, I want to know your preference,” Butts replied.

“I told you my preference,” she texted back. “As to the ‘very good ideas’ you guys might want to consider sharing them with me. But know I will be prepared for tomorrow. And I know why this is happening.”

“Yes, you do because the PM told you why it is happening,” Butts responded, describing a cascading series of moves made necessary by Brison’s departure.

“Nobody wanted to move but everyone pitched in for the sake of the team.”