The Afghanistan war vet who could take down a Liberal heavyweight

Election Image of the Day: Ottawa battled Capt. Kimberly Fawcett to avoid paying for her prosthetic leg. Now she's running against the incumbent who failed to answer her pleas for help. 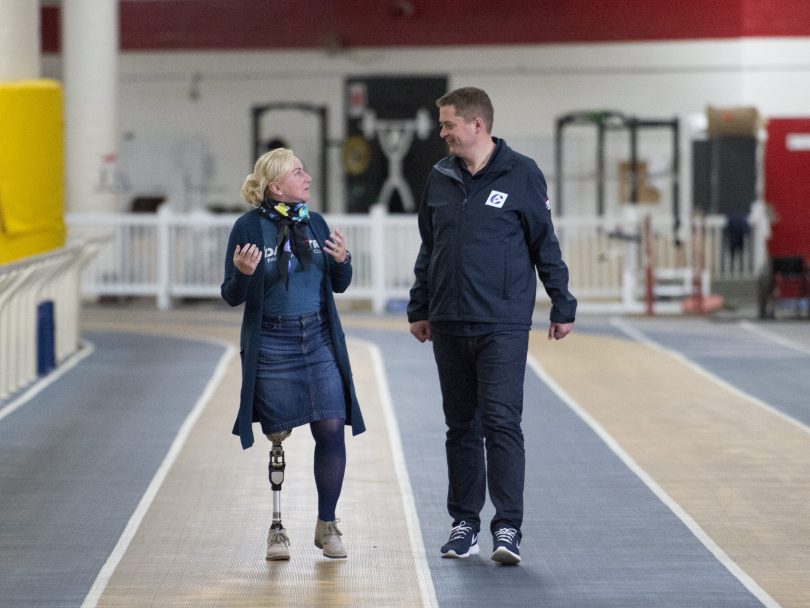 Fawcett and Scheer on Monday in Toronto (Jonathan Hayward/CP)

On a freezing night in 2006, Capt. Kimberly Fawcett, on the verge of being deployed to Afghanistan, lost her nine-month-old son and her right leg in a horrific highway collision. She spent the subsequent 13 years trying to get the military to pay for her $30,000 prosthetic leg, arguing with Veterans Affairs Canada and any court that would hear her case. This past April, she officially lost the court battle. Days later, she signed up to run in this fall’s election against a man she claims ignored her pleas for help: Liberal MP Bill Blair. Fawcett, pictured above with Conservative Leader Andrew Scheer, has served two tours in Afghanistan—one before the crash, and one after it—making the combat engineer an outsize candidate in a riding that has never elected a Tory MP. Blair, meanwhile, who won Scarborough Southwest in a landslide victory in 2015, says Fawcett’s email landed in his spam folder. It’s a clumsy response that’s almost worse if it’s actually true: many veterans pivoted to Justin Trudeau’s Liberal government after Stephen Harper’s attempts at austerity closed down multiple VA offices nationwide. That little has changed crystallized in a comment Trudeau gave at a town hall last year, where he said that veterans “are asking for more than we are able to give right now.” It’s unsurprising to see veterans turn on him, but it would be a true coup for the Tories if Fawcett ekes out an upset victory over Blair on Oct. 21.