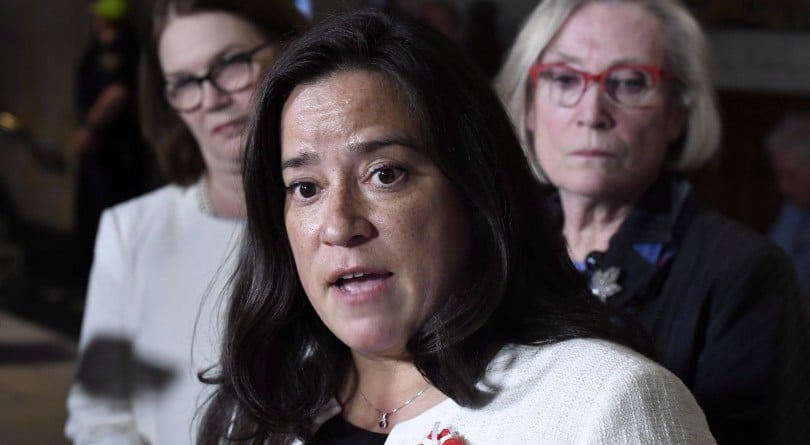 The furor over deferred prosecutions and the SNC-Lavalin case has drawn attention to a new law most Canadians had never before heard of—one that aims to serve a greater good by encouraging companies to come clean about wrongdoing, while sparing enormous costs in the form of lost jobs, devalued pensions and expensive court proceedings.

But in doing so, the case has put a spotlight on the sensitive position of the attorney general when so-called “remediation agreements” come into play, as he or she must walk a fine line between preserving his or her independence from political considerations while remaining accountable to Parliament.

This is an inherent tension in the AG’s role. But it’s seldom been more apparent than in recent days, and points to an urgent need for cabinet-created guidelines to keep deferred prosecution cases like the SNC-Lavalin affair from turning into political crises.

The new provision, Section 715.32 (1) of the Criminal Code, states that the prosecutor may enter into negotiations for a remediation agreement with an organization alleged to have committed an offence if  “the prosecutor is of the opinion that negotiating the agreement is in the public interest” and “the Attorney General has consented to the negotiation of the agreement.” This section puts the attorney general at the vortex of every case where an organization seeks a deferred prosecution agreement.

RELATED: For a commission of inquiry into SNC-Lavalin and the Prime Minister’s Office

The provisions governing remediation agreements are complex, and structure both the prosecutor’s and AG’s discretion by setting out the objectives of such agreements: denouncing an organization’s wrongdoing; encouraging voluntary disclosure of it; providing reparations for harm done to victims or to the community; and reducing the negative consequences for those who did not engage in the wrongdoing—employees, customers, pensioners and others. The point is to do all this while holding responsible those who did engage in wrongdoing.

All of these purposes fall within the traditional mandate of the attorney general, but the public interest in these cases also has potential political ramifications. In a 1990 working paper on the attorney general and the Crown prosecutor, the Law Reform Commission of Canada observed that political considerations should not in normal circumstances affect prosecutorial decisions. The AG may seek the advice of cabinet, but is not bound by that advice.

With respect to the facts involving SNC-Lavalin, I have no knowledge and make no comment about what occurred or did not occur. My point is a larger one about the need for the development of transparent guidelines. Cabinet has the power to make regulations generally for the purpose of deferred prosecutions. To date, it has not done so. The role of the attorney general in remediation agreements requires careful study by a body such as a Law Reform Commission, (which no longer exists as it was abolished by previous governments. Full disclosure: I worked for the commission at the start of my career). The creation of detailed and transparent guidelines in the regulations, after careful study, would be helpful.

The commission’s Working Paper 62 identified the potential for a political storm when an attorney general is caught between the wishes of cabinet and his or her own judgement:

“Nevertheless, the federal Attorney General is appointed by the Prime Minister and so could be dismissed from office for insisting on a course of conduct that is against the advice of the Cabinet. In such circumstances the Attorney General might feel compelled to resign before being dismissed. Either event could be expected to have a serious political impact affecting even the government’s survival.”

In light of cabinet and solicitor-client privilege, we cannot draw direct parallels between present events and the above passage, but this illustrates that the tensions in the AG’s role have been debated for years.

In the discussion about the SNC-Lavalin case, we must not lose sight of the positive benefits of deferred prosecutions and the merits of the Canadian scheme. There is a judicial check or safeguard on remediation agreements: a court must be satisfied that the agreement is fair, reasonable and proportionate to the gravity of the offence. This requirement follows a model developed in the U.K. (There is however no explicit mechanism for court review of the opposite decision to not grant a remediation agreement).

As I’ve noted, one objective of a remediation agreement is to encourage voluntary disclosure of wrongdoing. Where an organization discovers misconduct that the police are not aware of, there is a need for a carrot, or incentive, for the organization to “come in from the cold”. Enforcement authorities gain the benefit of internal investigations that are funded by industry and disclosed voluntarily, which saves government time, cost and resources and brings to light misconduct that might otherwise never become public.

RELATED: Jody Wilson-Raybould’s father: ‘I think she was kicked in the teeth’

We must also remember that a remediation agreement is not a “free pass” from justice. It must include the payment of a penalty. More importantly, it requires the company to forfeit any property, financial gains, benefits or advantages arising from the misconduct to Her Majesty. The agreement can also allow the appointment of an independent monitor, selected with the prosecutor’s approval, to verify and report on the organization’s compliance—including the obligation to cooperate with and pay the monitor’s costs. This person is an embedded auditor whose role is akin to a police officer residing at a business for a period of time.

Compared to the U.S. and the U.K., Canada is a relative neophyte in the world of deferred prosecutions, which were long overdue. In drafting guidelines cabinet should look at the practice in other jurisdictions to see how they strike the delicate balance between prosecutorial independence and accountability to the public.

Kenneth Jull is the author of Profiting from Risk Management and Compliance, an adjunct professor at U of T Faculty of Law and Osgoode Hall Law School and counsel at Gardiner Roberts LLP specializing in risk management strategies to promote regulatory and corporate compliance