Why the Conservatives want to crackdown on statutory release 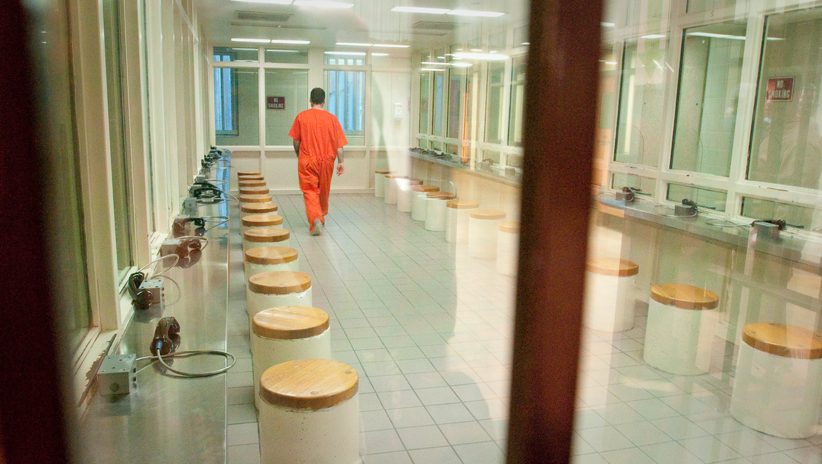 Update, Aug. 18: On the campaign trail in Toronto, Stephen Harper vowed that a re-elected Conservative government would introduce “life means life” legislation, which died with his election call. Here is Ottawa bureau chief John Geddes with essential reading on the issue:

The rhyming slogan on the Conservative Party of Canada web page is a hardy perennial: “Do the crime —do the time.” The message beneath it declares, quite accurately, that “violent criminals are being released when they’ve only served two-thirds of their sentences,” but promises that Prime Minister Stephen Harper is “putting an end to that.” A red button invites those who approve to click and “donate now.”

Putting more criminals in jail for longer has been a reliable base-rallying thrust for Harper’s Conservatives since they won power in 2006. For years, their main tactic was to impose mandatory minimum penalties, taking away the discretion of judges to sentence criminals to anything less than serious time for offences from gun crime to major fraud. Lately, the Tories have shifted their attention to keeping those sentenced from getting out early. Justice Minister Peter MacKay recently announced the “Life Means Life Act,” which would end the chance of parole after 25 years for those serving life sentences for particularly brutal murders, including killings involving sexual assault or kidnapping.

The government’s next move is expected to put new limits on what’s called “statutory release”—the long-standing federal practice of releasing criminals when they’ve served two-thirds of their sentences. Tough-on-crime lobby groups close to the Conservatives, like Ottawa-based Victims of Violence, have been demanding an end to statutory release for years. Sharon Rosenfeldt, the group’s president, whose son was murdered in 1981, says incorrigible criminals just wait for their automatic release after, say, six years of a nine-year term, rather than working to earn parole. “The problem is repeat offenders,” she says. “They really don’t care; they just wait until their stat release comes up.”

But defenders of statutory release point to the unavoidable fact that convicted criminals (other than those serving life sentences) must eventually be set free. “In terms of reintegrating them into the society, the evidence shows . . . you need some form of gradual release, rather than letting people out cold,” says Anthony Doob, professor emeritus of criminology at University of Toronto.

Currently, all convicted criminals serving more than two years spend the first third of their sentences in custody; a lucky minority is granted parole during the second third; nearly all the rest (except those designated by the Correctional Service of Canada to be likely to commit another serious offence) are released at the two-thirds point, with conditions. Those conditions, which range from living in a halfway house to attending counselling, are enforced. According to the Public Safety department, of 6,161 individuals on statutory release in 2012-13, about 31 per cent, or 1,894, were thrown back into custody for breaching their conditions.

That doesn’t include the much smaller number who squandered their newfound freedom by committing a fresh crime. About seven per cent, or 439, of those out on statutory release committed a non-violent offence, and 1.5 per cent, or 92, committed a violent offence. Rosenfeldt says the point of ending statutory release is to keep that small minority—the violent reoffenders—locked up a little longer. “They are causing havoc within the criminal justice system,” she says. “There must be a stop to it. That’s why it would be more beneficial, if they wanted parole, that they would have to work toward parole.”

Earning parole, however, is a long shot. In 2012-13, according to Public Safety statistics, 1,190 individuals completed full parole, far fewer than the 6,161 who finished statutory release. Ending the prospect of that early, supervised release for repeat violent offenders will give the Conservatives another tough-sentencing policy to tout during next fall’s election campaign.

But Doob says society won’t be any safer. “It’s targeting people who are worrisome. These are people who have committed a serious enough violent offence to get them into a penitentiary,” he says. “We’re not going to give them any controlled re-entry into society.”

Vocal critics like Victims of Crime say the current re-entry model isn’t working, and the Conservatives seem to agree. The latest Public Safety annual report, though, shows that the rate of conviction for violent offences by criminals while they are out on day parole, full parole or statutory release has been declining for a decade.