The COVID-19 variant Omicron is in Ottawa; and WHO disputes travel restrictions

Politics Insider for Nov. 29, 2021: A worrying new COVID variant is here; an inflation fight; and some Ryan Reynolds 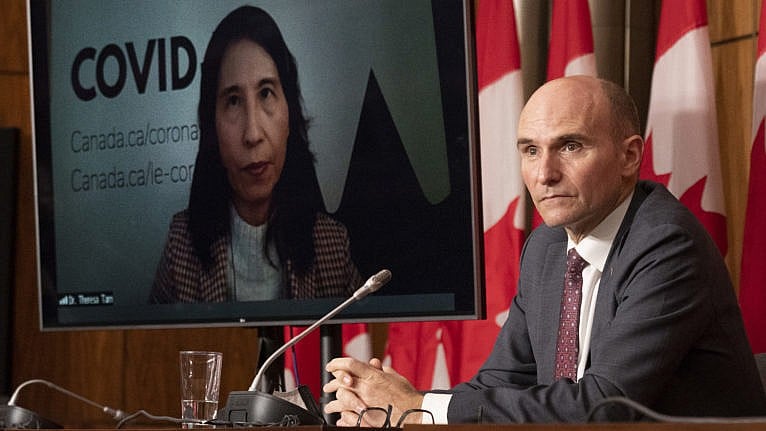 Worrying news: On Sunday, Ontario announced that the Omicron COVID-19 variant was detected in Ottawa in two patients who recently travelled to Nigeria. CBC has a story. These cases will likely be just the first.

In a statement released Sunday, federal Health Minister Jean-Yves Duclos said the confirmation of two omicron cases is a signal that the country’s monitoring system is working but to expect more cases of the variant. “As the monitoring and testing continues with provinces and territories, it is expected that other cases of this variant will be found in Canada,” Duclos said.

It is not yet clear if Omicron is more virulent or transmissible than previous variants, or if it has developed vaccine resistance. Moderna’s chief medical officer told the BBC, though, that the company could roll out an updated vaccine early in 2022 if necessary, CNBC reported.

Bans disputed: On Friday, Canada imposed travel restrictions on foreign nationals who had visited southern Africa. WHO has complained about the bans, calling them unscientific and unhelpful, and some Canadian experts agree, Global reports.

Not racist: In the Toronto Sun, Lorrie Goldstein reminds readers that travel bans were once considered racist.

Not Ottawa’s fault: Don’t blame inflation on stimulus spending, former Bank of Canada governor Stephen Poloz told CTV Sunday: “In fact, what the stimulus did was to keep the economy from going into a deep hole in which we would have experienced persistent deflation.” (Video)

Inflation has reached 4.7 per cent, according to the latest numbers released by Statistics Canada in October. The Bank of Canada expects it to peak at the end of this year and start to decline in the latter half of 2022.

Conservative Finance Critic Pierre Poilievre blames the Trudeau government for causing inflation, and recently got into a Twitter debate with Even Solomon about CTV’s coverage of the question.

ICYMI: Maclean’s Jason Markusoff has a good explainer on inflation in our January issue.

Culture change: New Chief of the Defence Staff Wayne Eyre promised to change the culture of the Canadian Forces, to get rid of the idea that it’s an “old boys’ club,” he told CTV on Sunday, the Globe reports.

General Eyre said there are many aspects of military culture he wants to keep – such as protecting others and service above self – but he wants to address the “exclusionary aspects” and bring in the values of inclusion as the “face of Canada is changing.” “So if we want to be able to attract and retain the best talent from all segments of Canadian society, we have to embrace that value of inclusion,” he said on the television program. Gen. Eyre said that over the next few weeks, the Canadian Armed Forces will be announcing a number of initiatives in greater detail around culture change, support for survivors of misconduct, and the complaint reporting system.

Not only women: In an interview on Global, Eyre pointed out that more than 40 per cent of the nearly 19,000 claims submitted by survivors and victims of military sexual misconduct are from men.

ICYMI: In the Globe on Saturday, Andrew Coyne has a persusasive column arguing that a patchwork of policies aimed at reducing emissions is dramatically more costly than simply raising the carbon tax.

Relying on carbon pricing alone to hit our target, the Trudeau government says in the 2016 Framework, “would require a very high price.” Very high, compared with what? Compared with the current price, undoubtedly. But compared to alternative measures? What the government really means is that the price would be visible to the public and therefore politically toxic. Whereas the cost of subsidies and regulations, though higher – and though the public just as surely pays for them – is invisible.

Not as efficient: In the Star on Saturday, Robin Sears writes that, in comparison with Germany, where a businesslike new coalition government has just released “a 177-page set of specific policy pledges, with detailed agendas and time frames,” Canada’s government takes a “dilatory approach to governing by legislation.”