Government doesn't know how many jobs its job credit will create

'It's very difficult to isolate this measure' 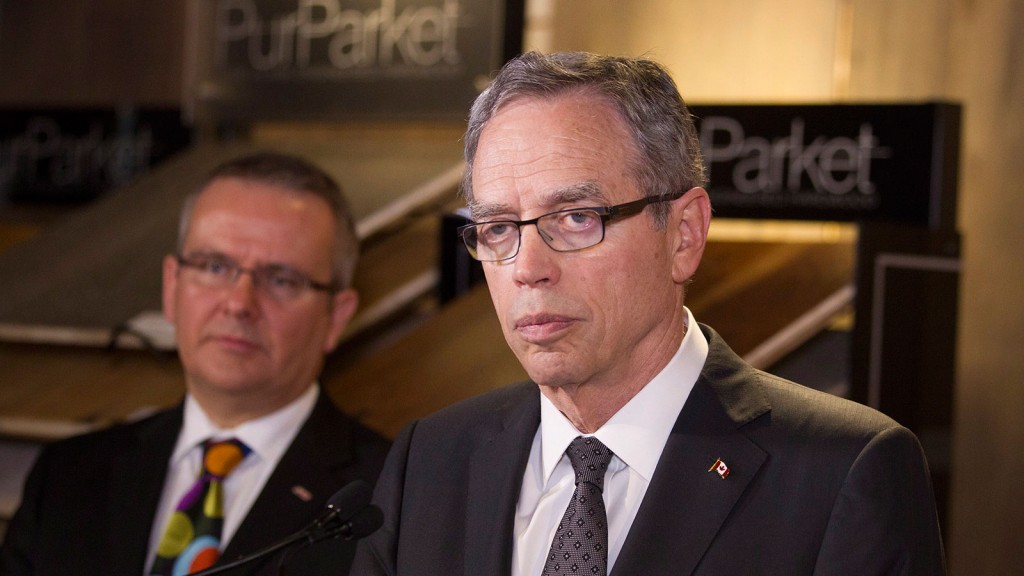 On Tuesday, I wondered why the Harper government hadn’t released its own analysis to support one of its own policies: the small business job credit.

Now it seems that, while some kind of analysis exists, the finance department has not calculated an estimate of how many jobs will be created by the small business job credit. Nor has the department analyzed the methodology behind the estimate the government has used to tout the policy.

On Wednesday, during hearings on the latest budget bill, members of the finance committee had a chance to question an official from the finance department about the EI credit.

Nathan Cullen: How many jobs does Finance Canada estimate will be created as a result of this expenditure of $550 million?

François Masse: So what’s expected is that across the economy, on average across the economy, it’s expected that providing a savings to small businesses is going to be creating incentives for entrepreneurs to grow their business and hire people. This measure, as I just said, is going to result in $550 million returning to entrepreneurs and the Canadian Federation of Independent Businesses has indicated that in their estimate, that would result in 25,000 people job years.

Cullen asked Masse to repeat that last bit and then reminded him what the original question had been.

Nathan Cullen: So my question was what does the Government of Canada estimate the jobs impact of this program to be?

François Masse: The Department of Finance has not produced a specific estimate of the job numbers that might result from this measure.

Cullen asked Masse if the department had looked at the Parliament Budget Officer’s analysis of the EI credit—analysis that projected the creation of 800 jobs—but while Masse said the department was aware of the PBO’s report, Finance “has not done an in-depth analysis of the methodology used by the parliamentary budget officer.”

Masse then argued that it was difficult to assess the impact of a single measure.

One thing I would flag, as with most policy measures actually, it’s extremely difficult to isolate the impact of one single measure on something like job creation. There’s a number of convergent impacts that can happen on job creation in a given year. It could be coming from the status of the economy. It could be coming from other policy measures like the Canada Job Grant for example. So it’s very difficult to isolate this measure. I think a testament to that is that two analyses done by two sharp staffs with economists arrive at wildly different numbers.

Cullen proceeded to ask Masse about different aspects of the credit and then Conservative Andrew Saxton, parliamentary secretary to the finance minister, had his turns. There the committee heard that the average benefit for a small business is expected to be $350 and that the finance department believes that while “It’s very difficult to speculate about the specifics of one very particular business,” on balance, across the economy, the department is “expecting that this measure will not create disincentives for growth.” (Here is Mike Moffatt’s analysis on that point.)

Then Liberal finance critic Scott Brison had an opportunity to question Masse.

Brison first asked about the department’s internal analysis and Masse confirmed that, while no “specific job number estimate” had been produced, a “regular analysis” had been conducted.

Brison then turned to the CFIB’s analysis (which the CFIB explained here).

Scott Brison: Have you evaluated, or studied, or analyzed the methodology used by the CFIB?

François Masse: No, we did not.

Scott Brison: No, so when an organization that sells memberships to businesses, or any other membership-based organization comes up with a figure like that, do you embrace that figure as being accurate, without having analyzed the methodology?

François Masse: I wouldn’t characterize the Department of Finance as having embraced or endorsed a figure from an outside organization.

François Masse: That may be. It’s something I wouldn’t comment on.

Masse had, as noted above, cited the CFIB’s estimate that 25,000 person-years of employment would be created, but let’s give him a break—he’s a departmental official, not an elected representative, and he is not accountable for government policy.

But the finance minister, the minister of state for finance and the parliamentary secretary to the minister of finance are among those who have cited the estimate in the House of Commons. Has the minister or someone else analyzed the CFIB’s methodology? I asked, but the minister’s office offered no comment.

As Brison noted, it’s not exactly unusual for politicians to tout the flattering analysis of observers. Would it be unusual to expect that those politicians analyze the analysis they lean on? Maybe. Is it unreasonable to expect as much? I’m not so sure. The politician might at least be expected to say why they prefer one analysis (say, the CFIB’s) to another (say, the PBO’s).

As it is, here is what we have.

The federal government has put forward a new policy, but it has not released its own analysis of the policy’s impact. An official with the relevant department says an estimate of the number of jobs expected to be created by the policy was not calculated and that calculating the number of jobs produced by a single measure is difficult. Nonetheless, the minister touts the estimate of a business association, but the finance department has not done its own analysis of the methodology behind that estimate.