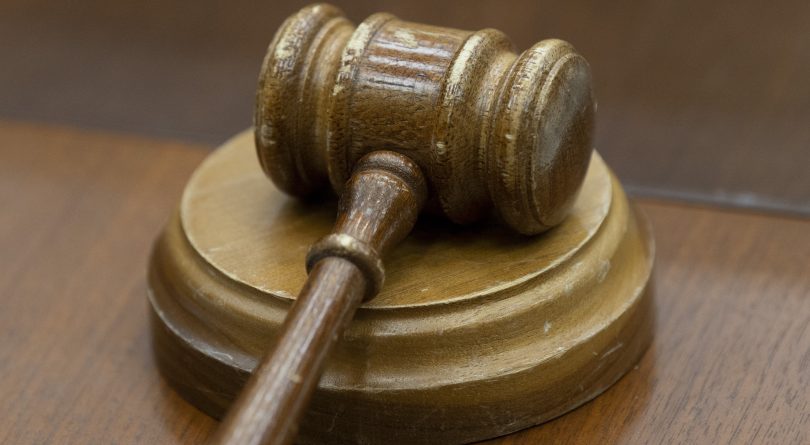 A gavel sits on a desk before the a meeting of the House Justice and Human Rights Committee in Ottawa, Wednesday February 13, 2019. (Adrian Wyld/CP)

All eyes were on the House justice committee today as it met on Parliament Hill to argue about how far to go when it comes to probing what led Vancouver MP Jody Wilson-Raybould—the former veterans affairs minister, and before that justice minister and attorney general—to quit cabinet this week.

At issue is a previously obscure law—introduced and passed by the Liberal government only last year—that allows federal prosecutors to offer a break to companies facing criminal trial for economic crimes, by punishing them instead under a new tool called a “remediation agreement” that spares them from going to court.

Liberals on the justice committee today emphasized the need to understand remediation agreements, also sometimes called “deferred prosecutions,” but they aren’t the first MPs on the Hill to look into the matter. With much less fanfare, the House finance committee took a quick look at the issue last spring—when a justice department official offered MPs bland reassurance about the measure’s origins and how it would work in practice.

All the fresh interest now about the law springs, of course, from stories in the Globe and Mail that contain allegations Wilson-Raybould was pressured when she was attorney general by the Prime Minister’s Office to intervene to let SNC-Lavalin, the Montréal engineering giant, negotiate a remediation agreement rather than facing a damaging bribery trial.

The story brought to light a history of intense lobbying by SNC-Lavalin to have the government introduce the remedial agreement option in the first place. And, when the federal public prosecutions office later declined to let SNC-Lavalin negotiate such a deal, the company allegedly pushed again to have Wilson-Raybould step in. (The attorney general has the power to tell the director of public prosecutions what to do, as long as that direction is put in writing and published in the Canada Gazette.)

Last spring, the House finance committee heard testimony about the policy from Ann Sheppard, senior counsel in the justice department’s criminal law section, and asked her questions. The committee was studying last year’s sprawling budget omnibus bill, into which the remediation agreement reform was stuffed, along with many other measures.

Without mentioning that the remediation agreement legislation was prompted in any way by SNC-Lavalin’s desire to avoid trial over a Libyan bribery scandal, Sheppard said no single case was behind the measure. Asked who wanted it then, she said a wide range of groups, including “small and medium-sized enterprises.”

RELATED: Who is on Team Wilson-Raybould?

Despite her upbeat portrayal of the origins of the reform, some MPs remained skeptical. “It leaves a bad taste in my mouth in the sense that it seems we’re going to let off people who would commit a very serious economic crime…” said Liberal MP Greg Fergus during the committee hearing. “We seem to be letting off people in white-collar crimes with a little slap on the wrist.”

“I have deep concerns,” said Conservative MP Dan Albas. “Even the fact that you can have the bribery of a foreign official, to me that is not just an average, everyday, white-collar crime. That is something that someone who is politically connected or at a very high level in business can do.” (Albas suggested the justice committee should look into the policy, which it finally got around to only this week, and only after Wilson-Raybould’s resignation forced the matter.)

It was NDP MP Pierre-Luc Dusseault who asked Sheppard, “Was there a particular case that led you to propose such a change in order to deal with similar situations?” She answered that the remedial agreement idea was “not motivated by any particular case, but it’s something that is being considered in other countries or has been in place in other countries.” She mentioned U.S. and British law, along with similar legislation then being passed in Australia.

Conservative MP Pierre Poilievre also pressed her on the motivation for the bill. “Who asked for this?” Poilievre wanted to know. “It came as a result of a public consultation,” Sheppard answered. “There were NGOs, accountants, business associations, prosecutors, small and medium-sized enterprises, so there was quite a diversity of views. Individual prosecutors made submissions. It attempts to respond to the feedback that was given by the vast majority, actually.”