The grassroots action against Erin O'Toole's leadership has begun

Politics Insider for Jan. 26: Pierre Poilievre is poised to take over from O'Toole; Ottawa stands it ground on vaccine mandates for truckers; an MP pushes the government to improve its global vaccination efforts 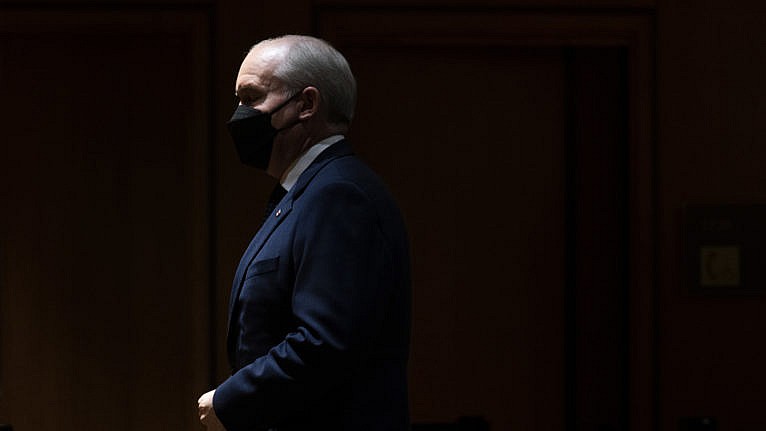 EDA seeks review: The CPC riding association in the southern Alberta riding of Foothills has become the first in the country to formally petition the party for a leadership review for Erin O’Toole,  Global reports.

The decision by the Foothills electoral district association (EDA) represents another Western-based challenge to Erin O’Toole’s leadership, after Saskatchewan Sen. Denise Batters’ petition demanding an accelerated leadership review was blocked by the party’s governing council. The Foothills EDA passed a motion on Jan. 22 calling for a leadership review vote no later than June 15 to “ensure a united and strong Conservative Party of Canada in preparation for an imminent election.”

Poilievre to the rescue? In the Globe, Gary Mason writes that O’Toole’s days are numbered, and suggests Pierre Poilievre appears poised to take over.

After an earlier tweet of Mr. Poilievre’s denouncing “vaccine vendettas,” Conservative MP Mark Strahl said on Twitter: “Thank you @PierrePoilievre for your clear and decisive leadership.” Conservative MPs aren’t even disguising their disdain for Mr. O’Toole now. Meantime, a new Nanos poll conducted for The Globe and Mail shows Mr. Poilievre has significantly more support among Canadians than Mr. O’Toole, a survey that is bound to cast a long shadow over the CPC’s retreat. It also says Canadians are five times more likely to say Mr. O’Toole has done a poor job as leader than an excellent one. Not good.

Won’t back down: The federal government says it will not back down on its vaccination rule for cross-border truckers despite a convoy headed to the city to protest, CBC reports.

Transport Minister Omar Alghabra said Tuesday the government is not interested in alternatives like rapid testing for unvaccinated truckers: “Our plan is to defeat COVID and end the pandemic as quickly as possible. What we’re doing right now is for the protection of truck drivers but also for the protection of our supply chains and our economy.”

Extremists on the road: Some Canadian far-right groups hope the so-called “Freedom Convoy” will be Canada’s version of last year’s Jan. 6 riot in Washington, Global reports. “A review of the protesters’ online communications, including real-time chatter over walkie-talkie app Zello, suggest a collection of grievances and anti-government sentiment that extends beyond vaccine mandates.”

Maclean’s contributor Justin Ling looks at the group’s MoU in this Twitter thread:

I'm not sure that we're adequately paying attention to the fact that "Canada Unity," which is *the* organizing body for the trucker convoy, is essentially calling for the removal of the Canadian government. (More below)

Won’t be tolerated: A key convoy organizer said on Facebook that acts of violence or vandalism won’t be tolerated: “If you see participants along the way that are misbehaving, acting aggressively in any way or inciting any type of violence or hatred, please take down the truck number and their licence plate number so that we can forward that to the police,” Tamara Lich said.

Against O’Toole: Lich also called, on Twitter, for the Tories to get rid of their leader, who has dodged questions about whether he will meet with the group.

Alarm bells: Justin Trudeau is seeking to exploit the convoy for political reasons, writes Brian Lilley in the Toronto Sun, but mainstream business organizations are legitimately concerned about a policy that will strain supply chains.

The people sounding the alarm bells and asking the government to reconsider its position — in order to put very practical considerations ahead of dogma — aren’t radicals; they’re far from it. They are the moderate voice of our largest business organizations that have worked alongside the government throughout the pandemic.

Underwhelmed: Toronto Liberal MP Nathaniel Erskine-Smith is to table a motion in Parliament calling on the government to devote another $1.1 billion to the fair global distribution of COVID-19 vaccine doses, the Star reports:  “Canada has played a leading role in global efforts, but those global efforts have been mediocre and underwhelming and insufficient. We’re spending hundreds of billions of dollars on our own domestic pandemic response,” he added. “We can spend a fraction of what we spent to protect the world and protect ourselves.”

Out of Kyiv: On Tuesday, Canada ordered family members of diplomatic staff stationed in Ukraine to leave the country, a day after the United States, Britain, Germany and Australia announced similar steps, the Globe reports. Global Affairs said: “Due to the ongoing Russian military buildup and destabilizing activities in and around Ukraine, we have decided to temporarily withdraw Canadian embassy staff’s children under 18 years of age and family members accompanying them.”

Remains found: The Williams Lake First Nation, in British Columbia, says a preliminary investigation has identified 93 “reflections” that could indicate the number of children buried around the site of a former residential school, CP reports.

Up to our necks: In the Globe, John Ibbitson has a column warning that the Liberals will soon have to do something about rising debt levels.

Within the Group of Seven, we have gone from having one of the best debt-to-GDP ratios to middle of the pack: behind Germany, roughly on par with France and Britain, but ahead of the U.S., Italy and Japan. Outside the G7 our debt-to-GDP ratio lags behind Australia, Brazil, Denmark, Indonesia, Ireland, Latvia, Mexico, New Zealand, Poland, South Africa, Turkey and Vietnam, to name just a few. It is true that Canada’s net debt-to-GDP ratio, which includes pension plan and other assets, is considerably lower. Nonetheless, the 38-member OECD ranks Canada as its ninth-most indebted country.

MP fined: Calgary Skyview Liberal MP George Chahal has paid a $500 fine after taking an opponent’s campaign flyer from a front door and replacing it with his own, CP reports. Chahal was captured on a doorbell camera removing a Conservative leaflet while he was going door to door.