From 2015: Philip Slayton on bad mayors, good mayors—and why every big-city mayor has no real power and is doomed to fail 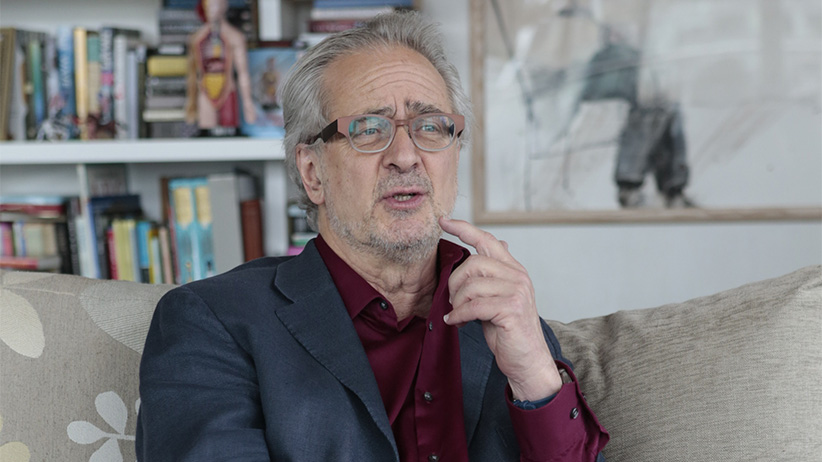 After progressing from Rhodes Scholar to clerking at the Supreme Court of Canada to dean of law at the University of Western Ontario to a partnership at a major Toronto legal firm, Philip Slayton quit the law for writing. And class treason too, at least in the opinion of many lawyers after Slayton released Lawyers Gone Bad in 2007, a rogues’ gallery of some of the worst the profession had to offer. Now he’s brought the same treatment to municipal politics in Mayors Gone Bad [2015] where the rogues consist of the likes of Michael Applebaum (Montreal: fraud charges), Susan Fennell (Brampton, Ont.: police investigation for misuse of city funds), Alexandre Duplessis (Laval, Que.: hookers) and Toronto’s Rob Ford, who needs no introduction.

Q: Your previous book reflected a life in the legal profession. What brought your interest to city government?

A: I never practised municipal law, and I got interested in city government by observing what a mess it was in. Even before Rob Ford, looking around the country, you saw one disastrous mayor after another. I wondered how those things were connected: the Mickey Mouse mayors, as I like to call them, and the structure of municipal government and how it functioned.

Q: Your argument is that the nationwide failure of municipal governance is not entirely a matter of who we elect to provide it.

A: There is a strange phenomenon in our cities. Take Toronto for example: large population, wealthy, complex, multi-ethnic. It would be, under the best of circumstances, a difficult place to govern. But the mayor and the city council—the city government—hasn’t the tools it needs to do that, so you end up with the rather pathetic spectacle of our new mayor calling a press conference with lots of hoopla to announce there’ll be rear-door boarding on the streetcar or that there’s this wonderful new bin that raccoons have trouble getting into. This is the mayor of a major North American city, a major world city. And you think, “Well, that’s interesting, but there are some other issues that maybe we should be trying to deal with.” Go to another city in the world, for example, and not famous leading cities necessarily, but other cities, and you will look around and say, “Look at this! A public transport system that seems to be able to get you from A to B efficiently. Look at this, no transportation gridlock, nice parks. What do they know that we don’t?”

Q: Are you saying it’s the tools more than the politicians?

A: There are two things going on here. One is that the mayors who’ve been leading Canada’s major cities have been a remarkably unimpressive and, in some cases, worse than unimpressive lot. The second point is there are some major issues with city government that stand in the way of doing what should be done. These two things link up.

Q: Taking your second point first, you argue the cities are helpless before their provincial—in every sense—overlords?A:

Nowhere in the Canadian Constitution are cities given any kind of independent standing or power or recognition. So you begin with that kind of constitutional fact, which is crazy: think, for example, that Prince Edward Island, with a population of quite a lot less than Brampton, Ont., has revenue tools that cities do not. In Canadian cities, revenue is primarily, 50 to 60 per cent, from real estate taxes and property taxes—very bad kinds of taxes to rely upon—rather than income or sales taxes, which is what’s usually the case elsewhere. In New York City, for example, it’s around 15 per cent property. It’s just absurd that this provincial power over cities is the case, but unfortunately I don’t see any prospect of fixing it because the provinces are not going to say, “Oh yes, of course, we agree to do that.” In most of the provinces, if you extracted the major cities you’re left with a quaint rural hinterland.

Q: You quote former Winnipeg mayor Sam Katz to the effect, “I have 70 per cent of the population of this province in my city.”

A: Take Winnipeg out of Manitoba and you’re left with Flin Flon, Brandon, places like that, and a mayor who is now more important than the premier. So the provinces are never going to agree on any kind of serious constitutional reform. And the powerlessness of city governors actually ties in with the other part of this thing: how do these people end up as mayors? Because for the most part, it seems to me, a truly sophisticated person who understood how this worked would look at the job and say, “I don’t want to do that. I can’t implement the kind of policy I’d like to implement. I’ll have to become a professional beggar, cap in hand with the province all the time. I’ll have to spend a lot of time cutting ribbons and kissing babies. In fact, that’s mostly what I’ll do! And I don’t want to spend my time doing this.” Yet there are those who want the job. One type are people that just want to be mayor! They aren’t quite certain what it is, but they want it. Like Larry O’Brien in Ottawa and his famous and very ill-advised quote, “I was having a beer on my boat, I fell asleep, when I woke up I was mayor.” I’m sure he wishes he’d never said that. They don’t quite know what it means. Then there are the professional politicians who are always looking for a landing place, and there are quite a lot of those around. Not people who say, “I’m really interested in this city, I really want to try and do something about this city.” More, “I was defeated in my run for the provincial legislature, maybe I can be mayor somewhere.” Then there are people—Naheed Nenshi in Calgary is a good example—who really know something about cities and are interested in doing stuff, even if it turns out they can’t. And then there are the crazy people.

Q: You establish some commonalities among the unsuccessful mayors you profile—not the ones accused of corruption, but the governance failures—through what their supporters say: he’s approachable, he really cares about people, he fixes problems. You think that’s what lay behind Ford’s popularity, much more than the downtown-suburb split.

A: Somebody told me a story about his son, a university student living over a store on Yonge Street. There was some kind of back lane being used for drug trades and it was driving him crazy. So he rings up the mayor’s office and says, “This is terrible, something should be done about it.” And a staffer says, “Okay, I made a note, thanks, we’ll look into it.” An hour later, the phone rings and it’s Rob Ford: “I’m going to come tomorrow and take a look at this. Meet me in the back alley at noon.” Sure enough, at noon, this black Cadillac Escalade pulls up, and out gets Ford, and he’s got four, five city people with him, and they’re all looking at the back lane. “Oh well, we’ll put a speed bump here and we’ll—” And then Ford says, “Thanks kid, for letting me know about this.” They all get in the Cadillac Escalade and they disappear. People like that.

Q: Surprisingly, given her reputation, you include Hazel McCallion of Mississauga, Ont., among your bad mayors. Adam Vaughan, once a Toronto city councillor and now a Liberal MP, says the problem with overreliance on property taxes is that it drives revenue-hungry cities into dubious real estate ventures. Is that what’s at the root of your criticism of McCallion?

A: She took Mississauga from what had been a collection of pleasant, quasi-rural communities to this ugly, I would say dysfunctional, financially tapped-out city. It survived for a long time through development fees, but it’s now kind of developed out, so those fees for the most part are not coming in any more. So what are they going to do for money? She did not do the inhabitants—past, present, maybe even future—of Mississauga much good in that respect. More than that, there were judges of the Supreme Court, on two occasions chairing royal commissions, after full inquiry, who criticized her very heavily for conflict of interest.

Q: You have a plan for dealing with all this.

A: I’ve tried to think of something that would make it politically dangerous for a province to exercise its control over a city: procedural entrenchment. Big-city mayors—who have larger electorates than ever voted directly for any premier—go to their provinces and in a very public event say that we have to renegotiate the legislation that governs us in a whole variety of ways, including greater fiscal powers and conflict-of-interest rules. And, in a new act, it is going to be written that the act cannot be unilaterally amended by the province, but only be amended with the consent of the city. Now, this cannot truly bind a province but it can make its authority over a city analogous to using the notwithstanding clause in the Charter. It can be used but it would take a really ballsy politician. It would take the same sort of mayor to convince the voters that all those things they want in their city require money—that is, sales and/or income taxes—and get their backing for taking on the province. Otherwise, he will end up worrying about raccoon-proof garbage bins. It’s sad.

FILED UNDER: Editor's Picks Philip Slayton The Interview The Vault