The last gasp of the anti-carbon taxers 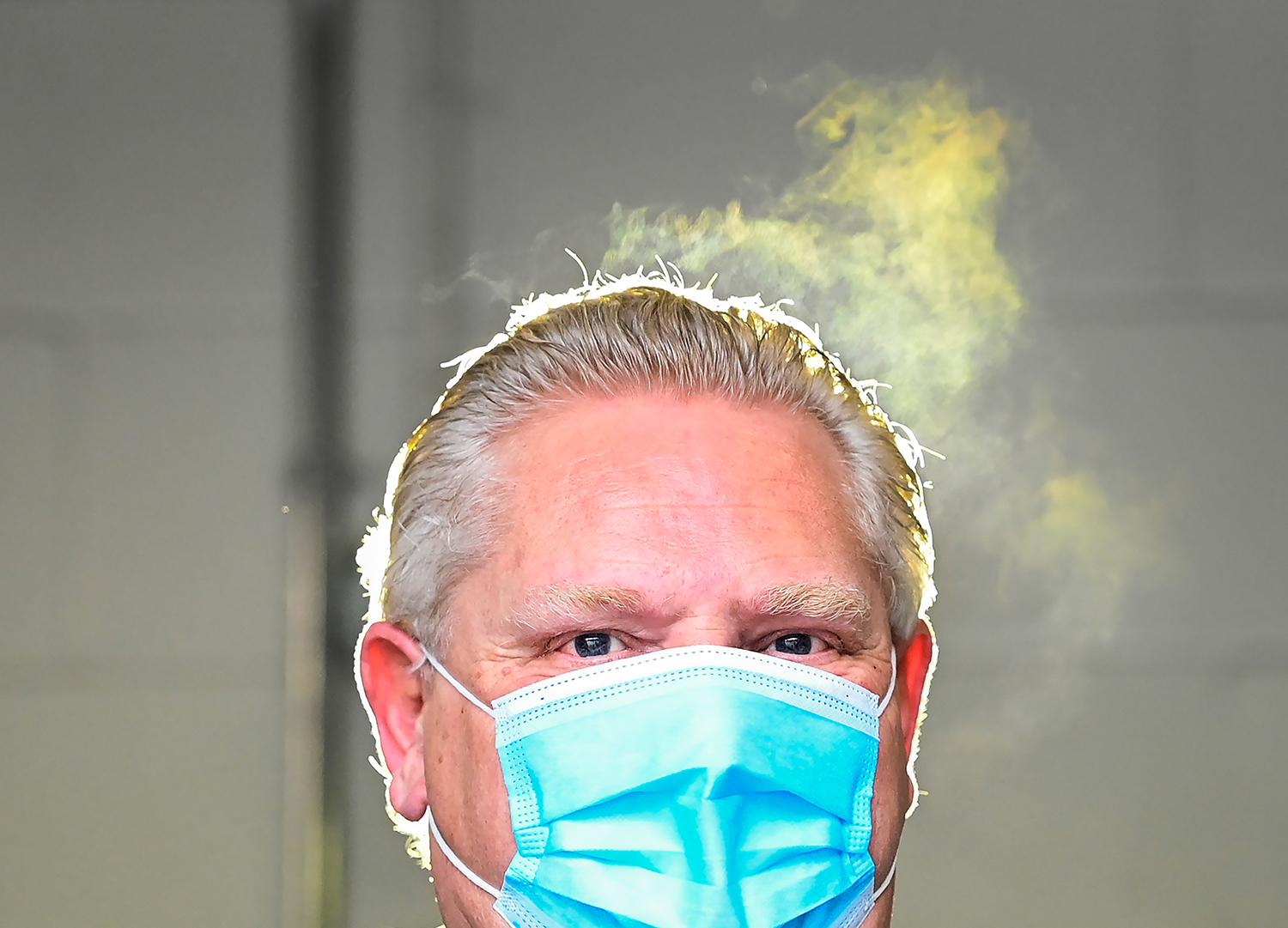 Scott Moe is so unhappy with the policies Justin Trudeau is bringing in to reduce Canada’s greenhouse gas emissions that he declared in November that Saskatchewan “needs to be a nation within a nation.”

The Saskatchewan premier had called into a talk radio station to propose building “provincial autonomy” after Trudeau said he would put a cap on emissions from the oil and gas industry. The Prime Minister made the announcement at a climate summit in Glasgow, without consulting Moe or Alberta’s Jason Kenney, the premiers of the two provinces most affected by the cap.

Moe denounced Trudeau and said Saskatchewan will consider seeking Quebec-style deals to give it greater control over immigration and childcare. “We’re going to flex our autonomy, flex our provincial muscle, if you will, within the nation of Canada.”

The inspiration for this play may be generations of Quebec nationalists, but it’s not clear that there is a consensus around the need for greater provincial autonomy in Saskatchewan, as there is in Quebec.

Still, in taking up the nationalist cause, Moe is following in Kenney’s footsteps. In October, Albertans voted in favour of a referendum to demand changes in the federal equalization program, which Kenney promised would give him a mandate to stand up to Ottawa. Kenney is also threatening to withdraw Albertan workers from the Canada Pension Plan, and replace the province’s Mounties with a provincial force.

Moe and Kenney will no doubt cause Trudeau headaches with their nationalist challenges in the year ahead. At their heart is the debate over how to balance climate and energy policies. Less clear is whether voters are prepared to man the jurisdictional ramparts—in the recent federal election, disenchanted conservative westerners cast ballots for the People’s Party, led by a Quebecer, and not the quasi-separatist Maverick Party. Moe and Kenney may also not find eager allies in the less rectangular provinces.

The situation was much different three years ago, when Kenney put together a four-province coalition to fight Trudeau’s carbon tax. That war ended with a whimper after a series of failed court battles, most recently on Oct. 26, when Justice Richard Mosley ruled in federal court that Manitoba’s latest constitutional challenge was a dead end.

It seems unlikely that Manitoba will launch a nationalist crusade, and it’s hard to imagine Ontario doing so. The provinces can be expected to complain about climate measures, equalization and health-care funding levels, as they always do, but the fight over carbon pricing ought to finally end in 2022. “I suspect that we will end up adopting either our own consumer carbon tax or going along with the federal consumer carbon tax within the next year, kind of subject to negotiations,” said an official with one Western province, who was not authorized to speak for his government on the matter. “Having lost the case, there really isn’t another play.”

MORE: The reality of carbon prices sinks in

It is hard to remember now that the outcome was once in doubt, and an embattled Trudeau was facing provinces ready to fight him in court and at the ballot box to prevent him from imposing a carbon tax. “We had Jason Kenney losing his mind over carbon pricing,” recalls Catherine McKenna, Liberal environment minister from 2015 to 2019. “And on the flip side, we had Greta [Thunberg] coming to visit Canada, and young people marching in the streets, and we bought a pipeline. So I was concerned.”

Ontario Premier Doug Ford, who won support from grassroots Ontario Tories by opposing a carbon tax, was happy to fight too. Manitoba’s Brian Pallister, who had a carbon tax plan of his own, joined in after Trudeau stood next to him and used him as an example of a co-operative premier. Behind the scenes, Stephen Harper was cheering the premiers on. “Let the other guys do a carbon tax, because we can all win the next federal and provincial elections on that issue alone,” he said in speeches. It did not seem far-fetched: in 2008, the Liberals lost an election built around Stéphane Dion’s Green Shift (a mix of carbon taxes and tax cuts).

Today, Pallister is gone, Kenney is setting new records for unpopularity, Ford is no longer talking much about the carbon tax he once loved to attack and Moe is complaining. “They’re complaining but complying,” says Tim Gray, executive director of Environmental Defence, about the carbon tax. Gray had a front-row seat for the struggle. His organization had intervenor status in the legal battles, although it opted not to bother with Manitoba’s most recent case. He doesn’t see what moves remain open to Trudeau’s provincial critics. “It’s a bit like public health care. You’re not seeing anybody who wants to get elected in this country putting in their policy platform ‘Elect us! We’re going to get rid of public health care.’”

Federal Conservative Leader Erin O’Toole seems to have recognized that Conservatives can’t keep fighting carbon pricing. After the Supreme Court of Canada ruled on March 25 that Trudeau’s carbon tax law was constitutional, opponents thought it could be overturned by voters. But the following month, O’Toole announced his “low-carbon savings account,” a convoluted arrangement where consumers would accumulate carbon credits they could spend on green purchases. The idea looked gimmicky and unworkable. “Do you have a credible plan?” asked a senior Conservative. “That’s what voters want to know. No one reads the plan.” It was designed to neutralize the issue, not to be implemented.

Gerald Butts, who helped design the carbon tax plan when he was principal secretary to Trudeau, thinks the writing is now on the wall. “The direction of travel is pretty clear for everybody, even Scott Moe,” he says. But Butts is not sure the Tories won’t backslide. He points out that the grassroots of the party remain opposed to carbon pricing. “I wouldn’t skate around the ice with the cup yet,” he says. “I’ve seen lots of moments in this debate where it felt like it was over.”

One big difference going forward is the importance of the oil and gas industry to the Western provinces, as opposed to Ontario. Ford has moved on. “The Supreme Court is the Supreme Court, and that’s it,” says a Ford adviser. “It’s done. We have to accept it. What the carbon tax looks like going into the future, that’s up for debate now.”

Unlike Kenney and Moe, Ford—facing an election this spring—has to recognize that many of the people who vote for him voted for the Liberals federally, particularly in the suburbs of Toronto that are crucial for both parties. That overlap in support means that Ford and Trudeau need to work together, unlike Kenney and Moe, who don’t count federal Liberals in their provincial coalition.

It looks like the war is over, and the environmentalists will have won. Kenney and Moe are not going to sit down and shut up, but both are less popular now than when this battle started, having alienated voters with poor pandemic responses. Neither looks to be in a position to lead a successful nationalist uprising.

This article appears in print in the January 2022 issue of Maclean’s magazine with the headline, “The last gasp.” Subscribe to the monthly print magazine here.